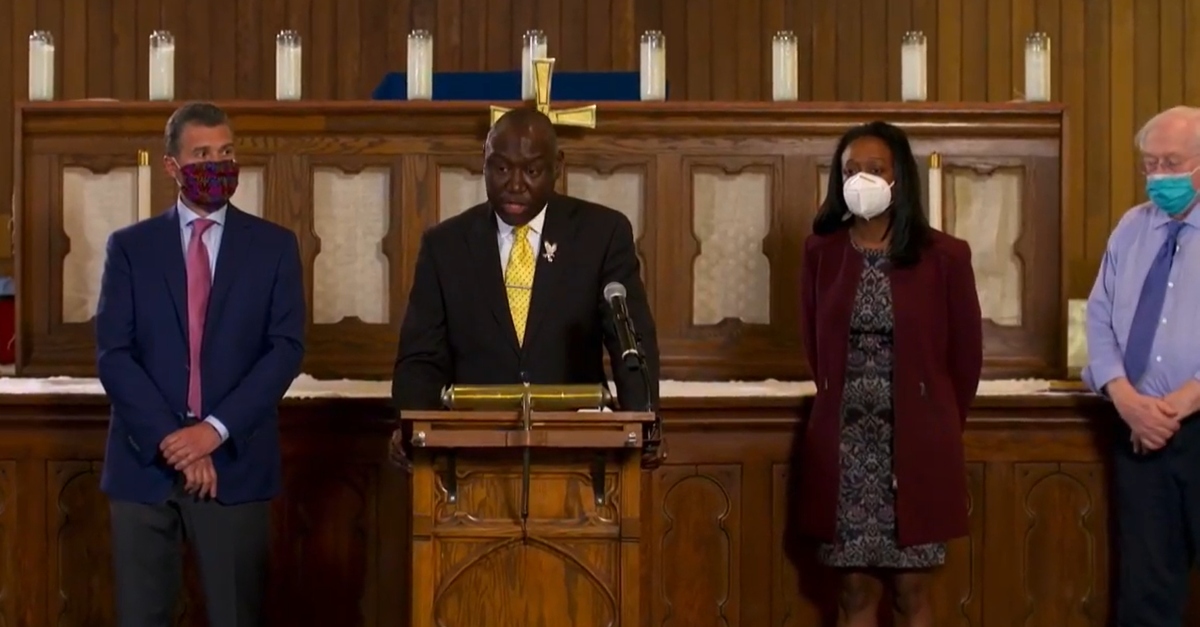 Attorneys for the family of Minnesota man George Floyd, 46, held a press conference on Monday in which they discussed their own findings on Floyd’s death. They say that he was killed not only because then-police officer Derek Chauvin kneeled on Floyd’s neck, but because two other officers were on his back. This made it difficult for Floyd to breathe. They described this as “mechanical asphyxia.”

Forensic pathologist Dr. Michael Baden said that the cause of death was due to the compression of the neck, interfering with blood flow and oxygen going to the brain. (Baden is married to Law&Crime Network host and analyst, defense lawyer Linda Kenney Baden.)

Preliminary findings of the autopsy by authorities said there was no evidence to support a finding of strangulation or “traumatic asphyxia,” and they suggested that underlying health conditions including “hypertensive heart disease” contributed to Floyd’s death. But Baden said there were no underlying medical problems based on information from family, and that pressure wasn’t seen at autopsy because it had been released.

Police knew the way they restrained Floyd would cause death, argued attorney Antonio Romanucci. Officers were trained to know this could lead to death. He said that the three officers, and a fourth one who stood between cops and bystanders, were criminally liable. The lawyer said they will leave it up to Attorney General Keith Ellison to decide possible charges.

Ben Crump, another attorney for George Floyd’s family, said “George died because he needed a breath, a breath of air.”

“For George Floyd, the ambulance was his hearse,” Crump said.

Derek Chauvin was arrested last week and charged with third-degree murder, and second-degree manslaughter. The other three officers involved were fired along with Chauvin, but there have not yet been any charges filed against them.

A Mississippi mayor sparked outrage last week after saying, “If you can say you can’t breathe, you’re breathing.”

“As I mentioned previously, certain parts of the organs had been retained by the original pathologist,” but the sections they had showed no “significant underlying disease of the heart,” said Dr. Allecia Wilson of the University of Michigan. They will examine the rest when they become available, she said.