No Arrests Made in David Dorn's Murder | Law & Crime 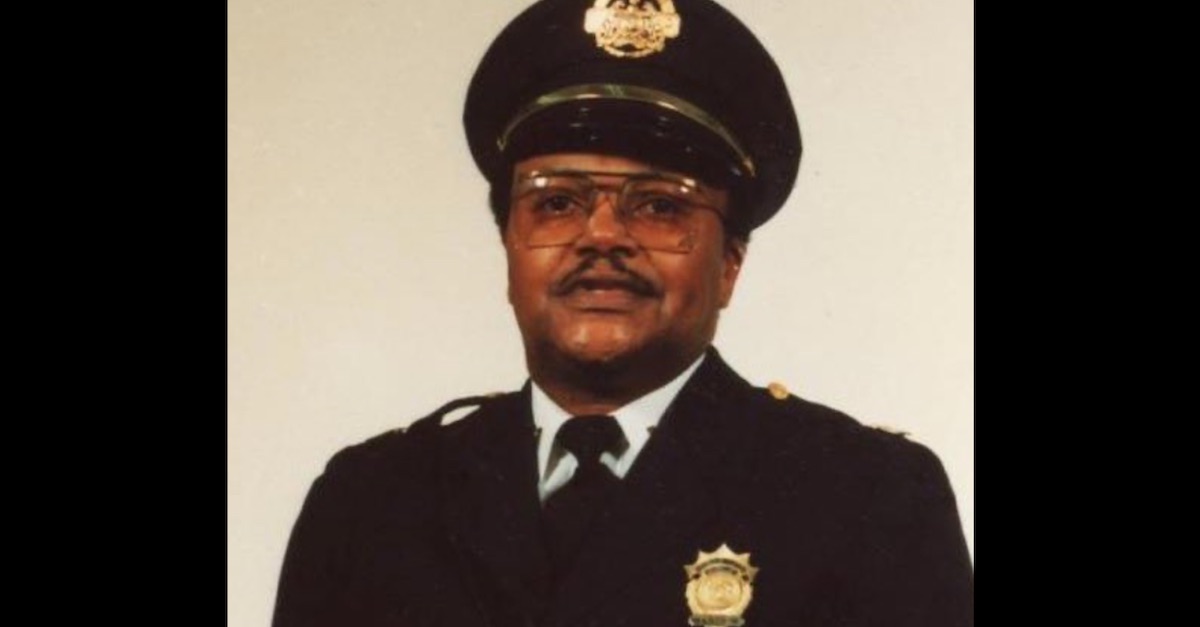 A 77-year-old retired St. Louis police captain was shot dead on a sidewalk while “exercising law enforcement training” after an alarm went off at his friend’s pawn shop. David Dorn frequently responded when alarms went off at the pawnshop. He did so one last time early on Tuesday morning.

Out of respect for Dorn, Law&Crime is not going to embed the graphic video of his last moments alive on the sidewalk, but we are going to provide a link to the video because it is important that the public has access to it as it is evidence of a crime. The video was originally streamed on Facebook Live.

The man who filmed the video could be heard repeatedly pleading with Dorn, “Stay with me, OG!”

“All over some TVs,” the man filming said.

Dorn was a St. Louis cop for 38 years. According to local news outlet KDSK, Dorn responded to an alarm at Lee’s Pawn and Jewelry and was shot at 2:38 a.m. on a sidewalk along Dr. Martin Luther King Drive. He was shot in the torso. The St. Louis Metropolitan Police Department said that the pawn shop was looted.

Dorn died at the scene.

St. Louis Police Chief John Hayden said Tuesday that Dorn was “exercising law enforcement training that he learned here” in the moments leading up to his death. Hayden called Dorn a “fine captain” who was “very well-liked and very pleasant.” Dorn’s wife Sgt. Ann Marie Dorn still works for the St. Louis Metropolitan Police Department. Dorn was also a father and a grandfather.

David Dorn was a father, a husband, a grandfather, a brother and a man beloved by so many. His son says he died doing what he loved: protecting his community. https://t.co/lOTFgvNogG @KMOV pic.twitter.com/SAjBhwRhMF

Four other officers were reportedly shot the night of Dorn’s murder and dozens of businesses were burglarized or damaged. St. Louis is 12 miles away from Ferguson, where there was similar destruction in 2014. Then-cop Darren Wilson’s shooting of Michael Brown in the street sparked massive protests, but there was also violence and looting of local businesses. Wilson is white and Brown was black.

In 2020, mass protests in the streets of America’s biggest cities were sparked by then-cop Derek Chauvin’s alleged murder of George Floyd on camera. Chauvin is white and Floyd was black. Dorn’s murder shows that there has been rioting, looting, and senseless deadly violence even as others peacefully exercise their right to protest Floyd’s homicide.

President Donald Trump offered his “highest respect” to Dorn and his family on Tuesday night.

Our highest respect to the family of David Dorn, a Great Police Captain from St. Louis, who was viciously shot and killed by despicable looters last night. We honor our police officers, perhaps more than ever before. Thank you! pic.twitter.com/0ouUpoJEQ4

“Our highest respect to the family of David Dorn, a Great Police Captain from St. Louis, who was viciously shot and killed by despicable looters last night. We honor our police officers, perhaps more than ever before. Thank you!” Trump said.

One of the people murdered last night was a retired St. Louis City Captain. He was murdered by looters at a pawnshop. He was the type of brother that would’ve given his life to save them if he had to.

Violence is not the answer, whether it’s a citizen or officer.

There have not been any arrests made in Dorn’s murder. The St. Louis Metropolitan Police Department asked anyone with information and tips to call 314-444-5371. A $10,000 reward has been offered.

ICYMI: CrimeStoppers is offering a $10,000 reward for information leading to an arrest in the murder of David Dorn. The retired St. Louis police captain was shot and killed early Tuesday morning as looters stole from Lee's Pawn and Jewelry in north city. https://t.co/G46pFtl2uY