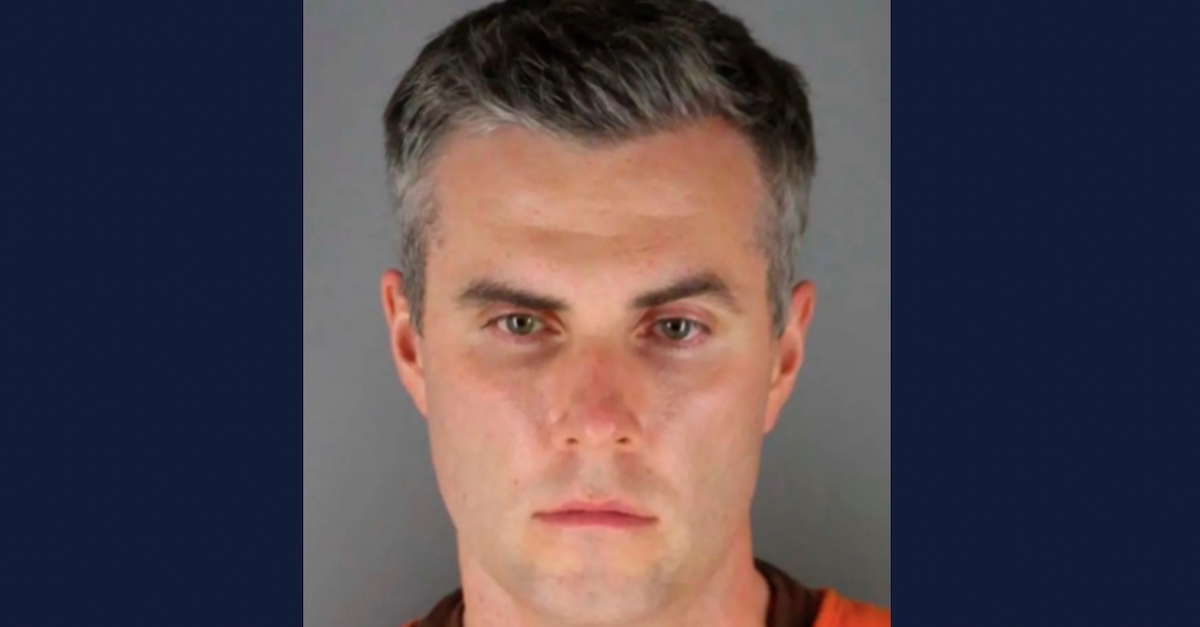 Lane was one of the three officers other than Derek Chauvin still awaiting a June trial in the May 2020 killing of Floyd. Chauvin was convicted of murder last year; the state cases against J. Alexander Kueng and Tou Thao have not yet been resolved.

“Thomas Lane has pled guilty to 2nd-degree manslaughter in the death of George Floyd. My thoughts are once again with the victims, George Floyd and his family. Floyd should still be with us. But I am pleased Thomas Lane has accepted responsibility for his role in Floyd’s death,” Minnesota AG Keith Ellison (DFL) said on Twitter. “His acknowledgment he did something wrong is an important step toward healing the wounds of the Floyd family, our community & the nation. While accountability is not justice, this is a significant moment in this case & a necessary resolution on our continued journey to justice.”

The plea in the state case was entered in Judge Peter Cahill’s courtroom.

Lane, Kueng, and Thao were convicted by a federal jury in February of civil rights violations.

“The State prosecution has a mandatory 12-year sentence if convicted of the unintentional murder. My client did not want to risk losing the murder case so he decided to plead guilty to manslaughter with a 3-year sentence, to be released in 2 years, and the murder case dismissed,” Lane’s attorney Earl Gray told Law&Crime in a statement on what led to the plea. “The sentence will be concurrent with his federal sentence and he will serve his time in a federal institution. He has a newborn baby and did not want to risk not being part of the child’s life.”

“Today’s guilty plea by former officer Thomas Lane brings the Floyd family another step towards closure for the horrific and historic murder of George Floyd. While this plea reflects a certain level of accountability, it comes only after Mr. Lane was already convicted by a federal jury on a related charge,” Ben Crump, Antonio Romanucci, and Jeff Storms said. “Attorney General Keith Ellison, all of the state and federal prosecutors, the brave men and women who served on the state and federal juries, and the community compelled this result. These individuals and many more should be commended for their efforts leading towards today.”

“Hopefully, this plea helps usher in a new era where officers understand that juries will hold them accountable, just as they would any other citizen. Perhaps soon, officers will not require families to endure the pain of lengthy court proceedings where their criminal acts are obvious and apparent,” the lawyers continued. “It is equally critical that the municipalities who are responsible for employing, training, and supervising their officers take their duties to the community to heart, and hold their own officers accountable before a criminal court is required to do so. While today is a step in the right direction, we only need to look to the recent and tragic killing of Amir Locke to understand that the City of Minneapolis has a long journey ahead to regain the trust of its citizenry.”