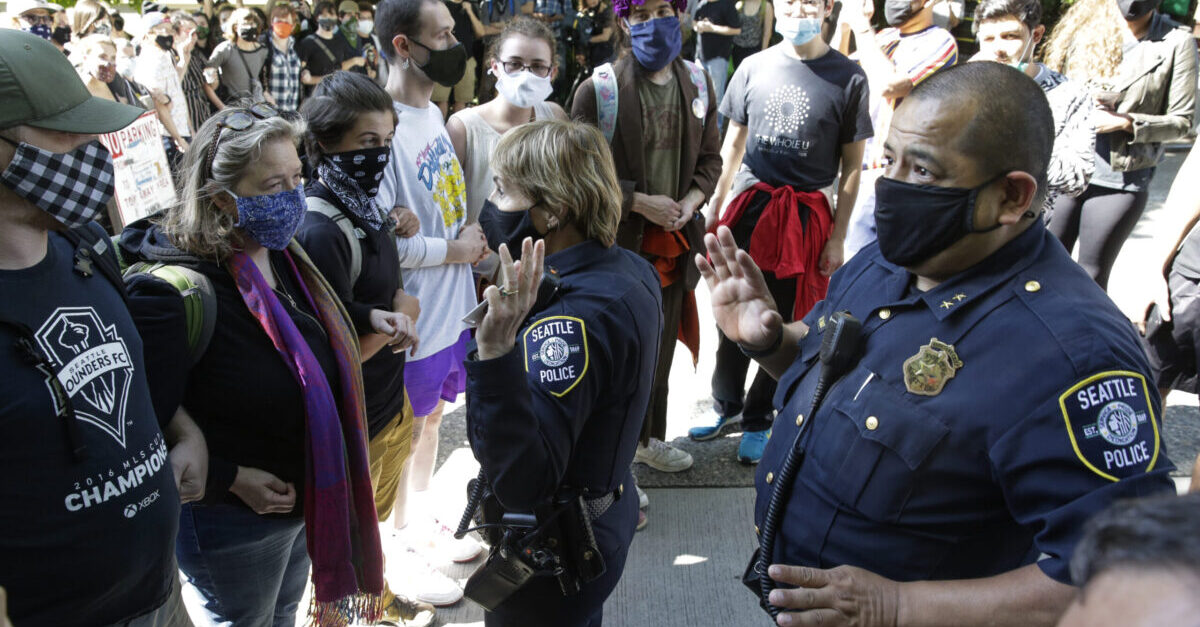 A group of 16 Seattle businesses and individuals have filed a class action civil lawsuit in federal court against the City of Seattle itself for playing an allegedly direct role in restrictions on property access, vandalism, and other destructions of property in the so-called “Capitol Hill Autonomous Zone” (“CHAZ”), also known as the “Capitol Hill Organized Protest” or the “Capitol Hill Occupying Protest” (“CHOP”).  The city has given “active support, encouragement, and endorsement” to the protesters’ activities, the lawsuit claims, but has done little to nothing to support the property rights of the plaintiffs, who describe themselves as “residents, tenants, property owners, and small businesses.”

“Plaintiffs and others have repeatedly pleaded with Mayor [Jenny] Durkan and others to cease enabling the destruction of their property and the imminent dangers posed to them and their neighborhood,” the plaintiffs allege. “But the City has not listened, or has not cared, and Plaintiffs have had to resort to litigation to make themselves heard.”

The plaintiffs say the city “abruptly deserted the Seattle Police Department’s East Precinct” on June 8, thus leaving the area in the control of protesters.  Critically, the lawsuit also says the city played a direct hand in helping. 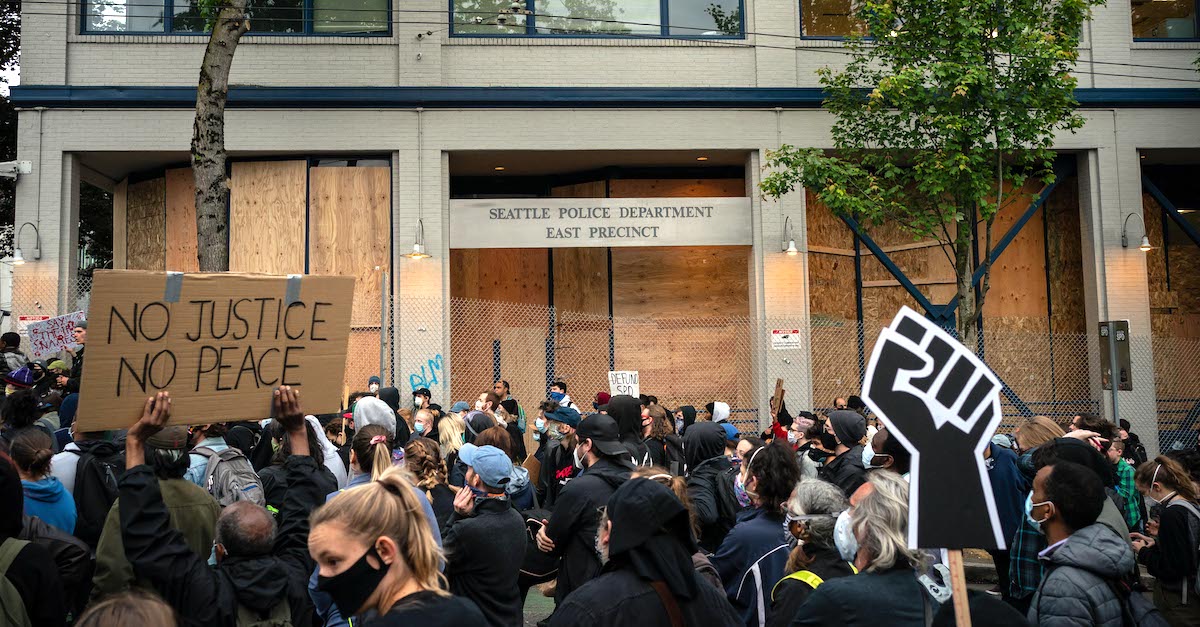 Demonstrators hold a rally outside of the Seattle Police Department’s East Precinct, which has been boarded up and protected by fencing, on June 8, 2020. (Photo by David Ryder/Getty Images)

“Rather than seeking to restore order and protect the residents and property owners within CHOP, the City instead chose to actively endorse, enable, and participate in the occupation of CHOP,” the lawsuit says.  It goes on to argue that the city “provided the participants with concrete barriers” which have “been guarded by armed CHOP participants who oversee who can or cannot enter CHOP.”

“As a result, the streets are barred to most all vehicular traffic, making it virtually impossible for residents and businesses to access their buildings, receive deliveries, and provide goods and services to the few customers willing to enter CHOP,” the lawsuit goes on to say.

After a glossy paragraph extolling the virtues of the First Amendment, the plaintiffs narrowed their message:

This lawsuit does not seek to undermine CHOP participants’ message or present a counter-message. Rather, this lawsuit is about the constitutional and other legal rights of Plaintiffs—businesses, employees, and residents in and around CHOP—which have been overrun by the City of Seattle’s unprecedented decision to abandon and close off an entire city neighborhood, leaving it unchecked by the police, unserved by fire and emergency health services, and inaccessible to the public at large. The City’s decision has subjected businesses, employees, and residents of that neighborhood to extensive property damage, public safety dangers, and an inability to use and access their properties.

The first is for alleged procedural due process violations under the U.S. Constitution (which the plaintiffs describe as the city “creating, assisting, endorsing, and encouraging an indefinite, unpermitted occupation” which infringes on their “constitutionally protected property rights . . . to exclude others from their property, to the use and quiet enjoyment of their property, and to access their property via public rights-of-way).  The second a state-law nuisance claim.  The third is a substantive due process claim under the U.S. Constitution (which the plaintiffs describe as “a right pursuant to substantive due process to be protected from state-created dangers”).  The fourth is a claim that the city made an unlawful gift under the Washington State Constitution by “giv[ing] away an interest in public property without consideration and with donative intent to CHOP participants.”  The fifth and final claim alleges a takings clause violation of the U.S. Constitution. 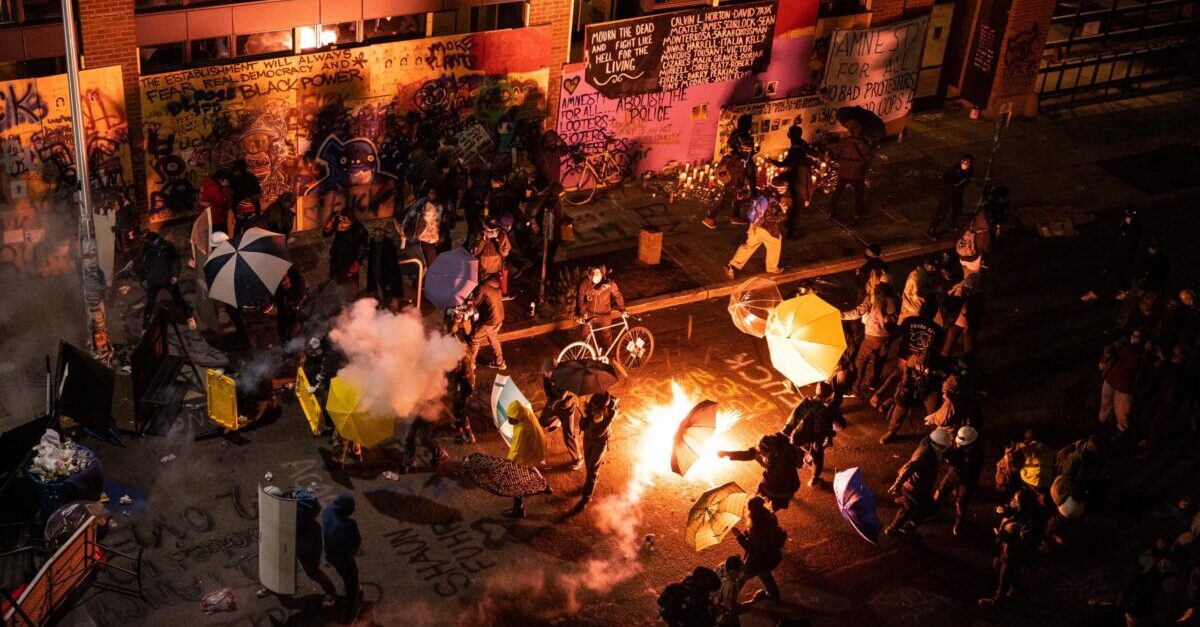 The plaintiffs allege the following harms: “violence, harassment, trespass and vandalism; denial of access to their property; loss of police protection and public services, including trash, medical, and fire services; loss of business revenue; loss of the use of public streets, sidewalks, and parks near or adjacent to their property, residence, or premises; reduction in property value; destruction of property; and other economic and non-economic injuries.”  One business reported a 40% loss in revenue and that a vandal had started a fire inside its premises using hand sanitizer.

The long list of further harms alleged are laid out in the 56-page document below: