Attorney General William Barr on Wednesday spoke glowingly of Seattle Police Chief Carmen Best for taking action against protests in the city’s so-called Capitol Hill Autonomous Zone (CHAZ) or Capitol Hill Occupied Protest (CHOP). However, in a lengthy statement extolling the return of the “rule of law,” Barr completely ignored the city’s mayor, who ordered police to retake the area in the first place via a legal executive order.

“I commend Police Chief Carmen Best for her courage and leadership in restoring the rule of law in Seattle,” Barr said. “For the past several weeks, the Capitol Hill area of Seattle was occupied by protesters who denied access to police and other law enforcement personnel. Unsurprisingly, the area became a haven for violent crime, including shootings that claimed the lives of two young people, assaults, and robberies.” 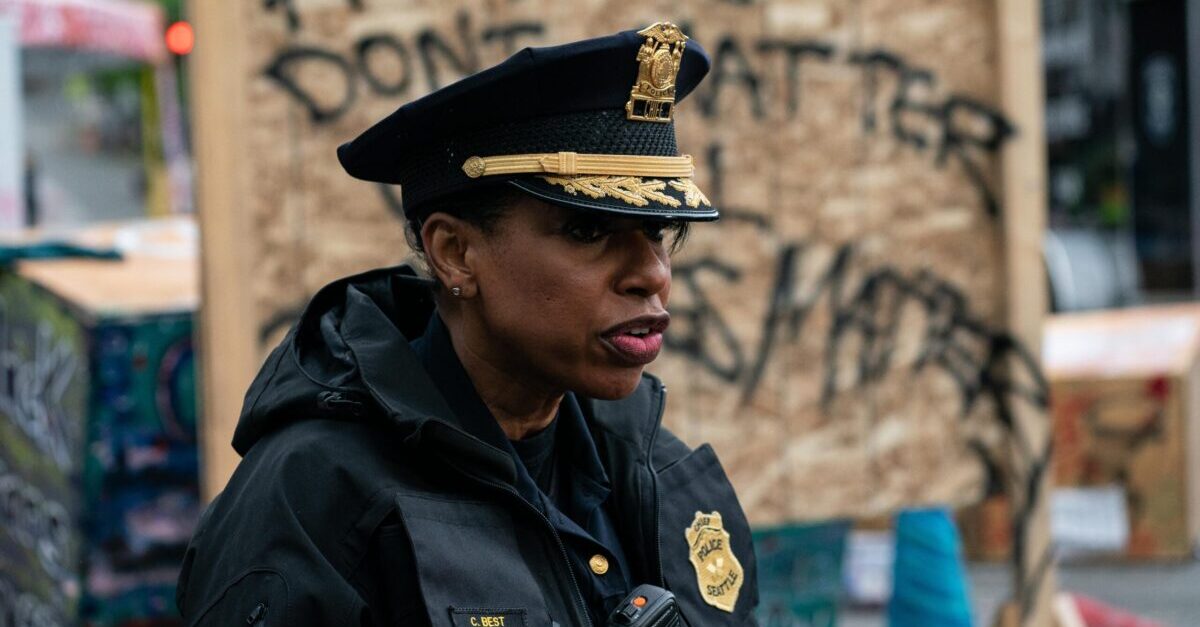 Barr’s comments endorsing the police action did not name, mention, or even reference Seattle Mayor Jenny Durkan, a Democrat, who issued an emergency order declaring the protests an “unlawful assembly.” It was that order which resulted in the police action to shut down the “autonomous zone.”

The mayor’s order acknowledged that “the killing of George Floyd” in Minneapolis “generated anger and outrage,” supported “the people’s right to lawful assembly,” and said the city “was unable to issue a parade and/or demonstration permits” due to the coronavirus pandemic. Thus, the mayor noted, the occupation of the Capitol Hill area in Seattle was allowed to occur, but ultimately needed to end. 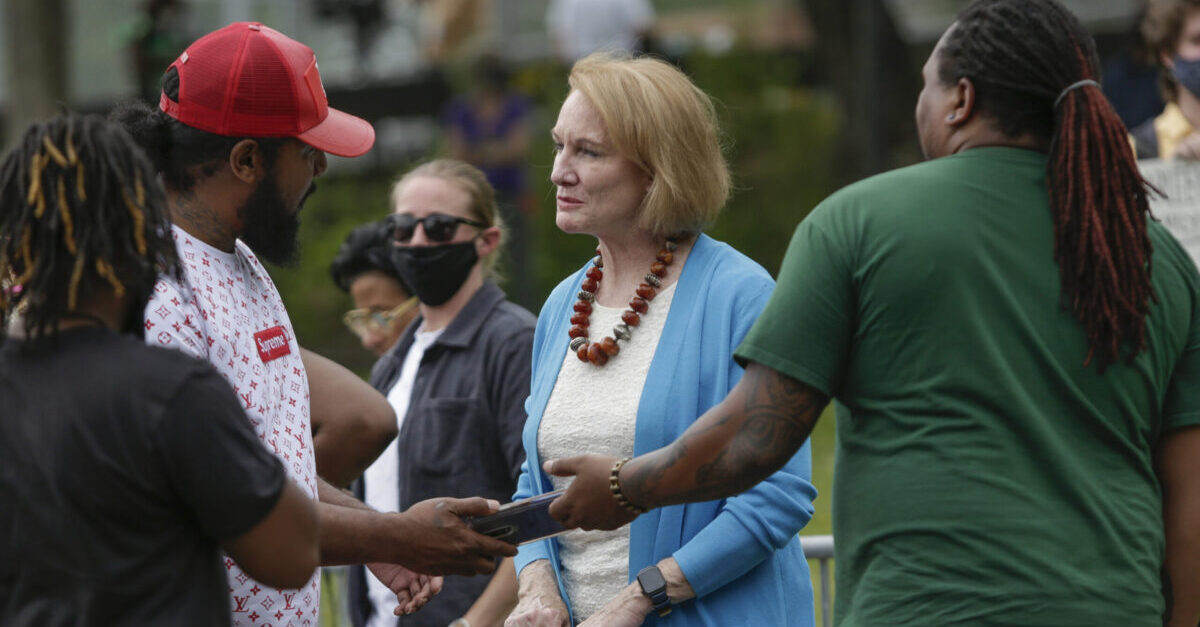 “[S]ome disruption is part of the rights of free speech and lawful assembly which the City will safeguard,” the mayor said in the order. “[M]uch of the expression has been peaceful and created community solidarity for Black Lives Matter, including features such as a community garden, public art, and conversation corner.”

The mayor said it was time to act after the city also acknowledged more than a page of single-spaced, bullet-pointed examples of incidents “where public health, life, and safety [we]re threatened.” But her tone in the order and on social media stressed reconciliation.

After meeting with community leaders, demonstrators, businesses and residents for the past three weeks, my administration and I are focused on four key areas to address systemic inequities in Seattle. We know true public safety comes from healthy and resilient communities.

Barr ignored the mayor and the mayor’s order in his statement.

Barr said Chief Best was correct to highlight the distinction between “distrust of law enforcement by many in the African-American community” and “violent defiance of the law.” 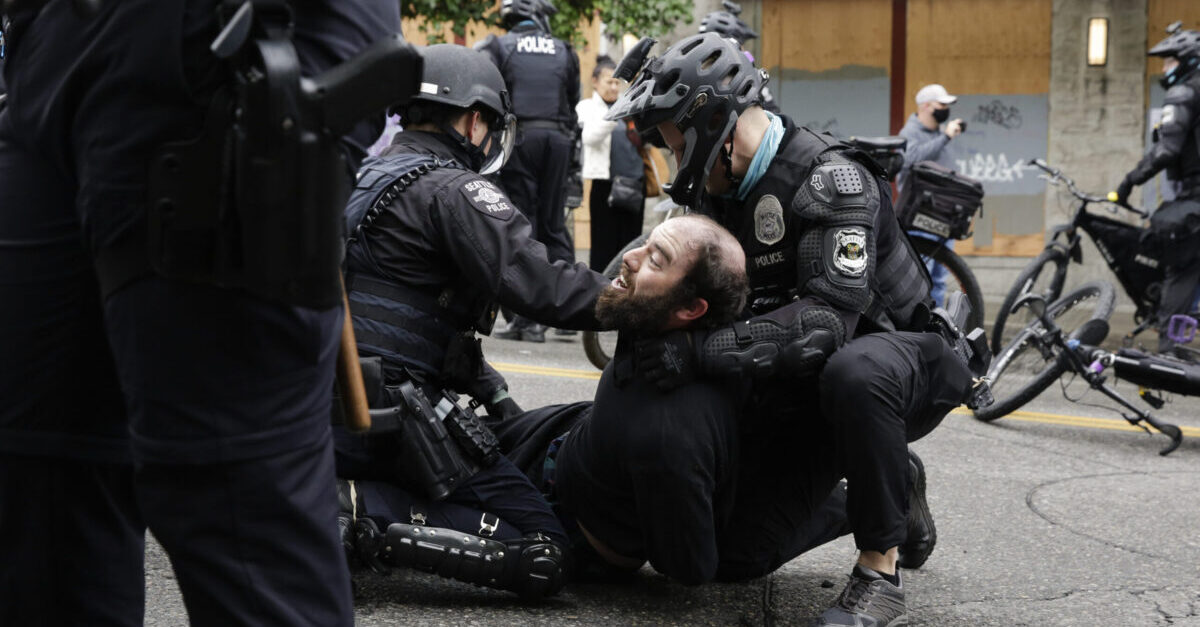 “The people of Seattle should be grateful to Chief Best and her Department for their professional and steadfast defense of the rule of law,” Barr went on to say.  “The message of today’s action is simple but significant:  the Constitution protects the right to speak and assemble freely, but it provides no right to commit violence or defy the law, and such conduct has no place in a free society governed by law.”

President Donald Trump repeatedly characterized the mayor as a weak and clueless “Liberal” who allowed “ugly Anarchists” to take over, burn and pillage the city of Seattle. He threatened federal intervention.

However, it ultimately was the mayor, not the Trump Administration, which moved to end the “autonomous zone” occupation.

Seattle Mayor says, about the anarchists takeover of her city, “it is a Summer of Love”. These Liberal Dems don’t have a clue. The terrorists burn and pillage our cities, and they think it is just wonderful, even the death. Must end this Seattle takeover now!

Radical Left Governor @JayInslee and the Mayor of Seattle are being taunted and played at a level that our great Country has never seen before. Take back your city NOW. If you don’t do it, I will. This is not a game. These ugly Anarchists must be stopped IMMEDIATELY. MOVE FAST!

READ the mayor’s executive order below: