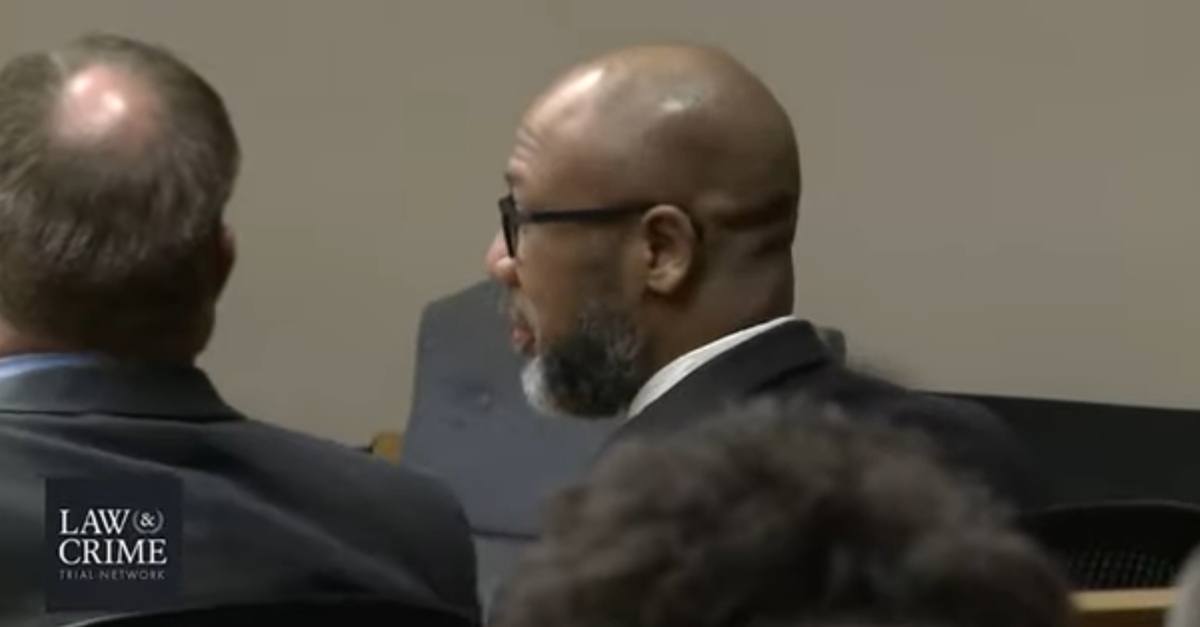 Eric Dewayne Boyd, 47, was found guilty in Knox County, Tennessee in the 2007 rapes and murders of couple Channon Christian, 21, and Christopher Newsom, 23.  The jury found Boyd guilty of aggravated robbery but not especially aggravated robbery.

This was the one the judge instructed them to not find him guilty of especially aggravated robbery if the harm happened after the robbery was done.

He was convicted federally in 2008 of being an accessory to the killings after the fact, but jurors in the new trial were tasked with determining whether or not Boyd actually played a direct role in the couple’s deaths.

In closing arguments, prosecutor Phil Morton highlighted the account from key witness George Thomas. This testimony established that Boyd was apparently responsible for killing Newsom and burning the body.

#BoydTrial – Prosecutor showing the evidence against Boyd. Shows a list of what convicted murderer George Thomas testified to: pic.twitter.com/Llxhwgmrl0

Thomas’s credibility was a major complicating factor in the case. After all, he was one of the people previously convicted of rape and murder in the case. During cross-examination, defense lawyer Clinton Frazier confronted him on his earlier statements that contradicted the new testimony. The lawyer also pressed Thomas on his claim not to have heard Channon being raped in a nearby bedroom in a small home.

The state offered Thomas a reduced sentence in exchange for the testimony:  two life terms plus 25 years would be cut down to 50 years.

During closing arguments, Frazier said that none of the DNA evidence implicated his client. He laid responsibility at the feet of Thomas and the three other people convicted in the case: Lemaricus Davidson, Letalvis Cobbins, and Vanessa Coleman.