Why Didn't Chris Watts Get the Death Penalty? | Law & Crime 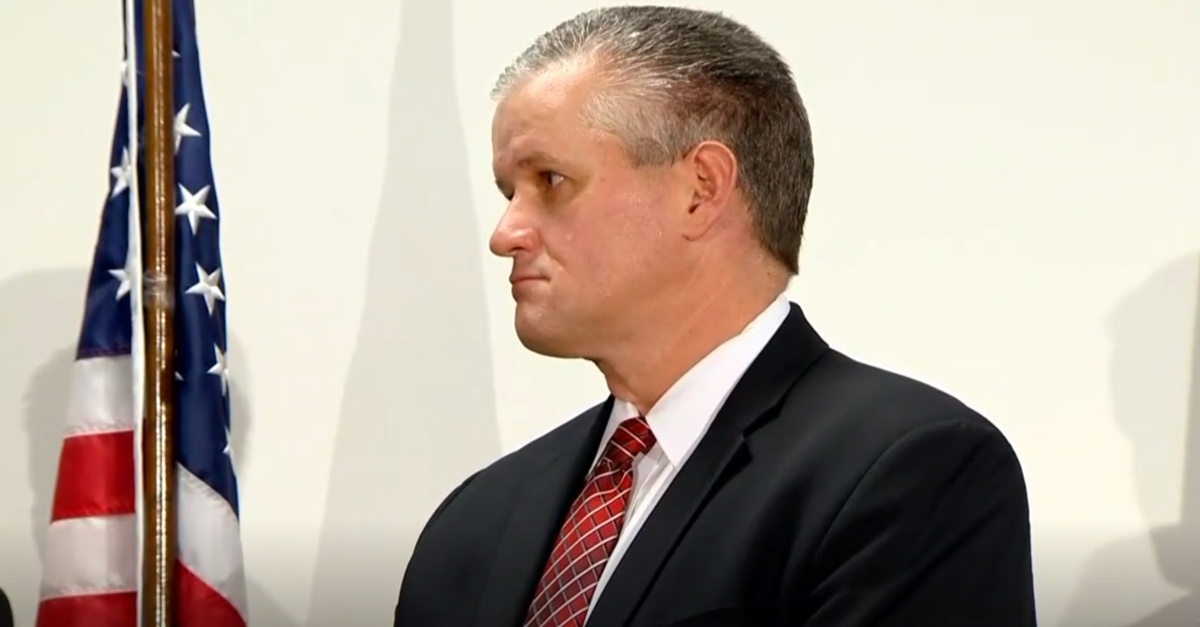 We now know more about why prosecutors took the death penalty off the table for Christopher Watts. Victim impact statements on Monday revealed that Shanann Watts‘ family, the Rzuceks, had asked authorities not to pursue execution. In a press conference after the sentencing hearing, Weld County District Attorney Michael Rourke revealed how the prosecution arrived at that decision.

He said it was the defendant’s attorneys who suggested the deal in the first place. Watts, accused of killing his pregnant wife Shanann and daughters Bella, 4, and Celeste, 3, would plead guilty to each count as originally charged. In return, he’d dodge the death penalty.

Rourke, who argued that the defendant deserved execution, said that he would only make a decision about the deal once he spoke with the Rzuceks face to face in North Carolina. He had explained to them that if Watts was sentenced to death, it would take many years before he finally got executed. The pivotal moment occurred when, according to him, he mentioned the terms of the defense’s plea deal.

Rourke said that Shanann’s mother Sandy Rzucek “sternly” looked at him, and asked why he didn’t accept the offer yet.

On Monday, Sandy told the court that it wasn’t for her to want death for him because it’s not her right.

“I know God will put the evil people where they need to be,” she said in a statement infused with references to her faith.

On Monday, the defendant’s parents Cindy and Ronnie Watts walked back their initial suggestions that the plea deal was coerced. They thanked the Rzuceks for telling the prosecution not to pursue the plea deal. The couple said they “accept” that their son killed his family.

Rourke said at Monday’s sentencing hearing that Chris Watts murdered his family amid his affair with a girlfriend. The judge sentenced the defendant to three life sentences without parole, 12 years for each of three counts of tampering with the bodies, and 48 years for terminating Shanann’s 15-week pregnancy. Her family on Monday said that unborn son was to be named Nico.

The Watts case caught attention after the defendant made a media appearance, claimed his family was missing, and said he wanted them home. “Baldfaced lies,” Rourke said.

Watts’ account of the circumstances around the victims’ disappearances didn’t add up, the DA said. Law enforcement found it “compelling” that they discovered the Watts home locked up and they needed the suspect’s help in entering, Rourke said. Inside, they found Shanann’s keys, wallet, purse, and cell phone. This undermined Chris Watts’ story about him leaving home for work while his family was sleeping. It also weighed against the possibility that another person could’ve done this to the victims.

Rourke said that Watts’ girlfriend approached investigators about the case “on her own volition,” was forthcoming “for the most part,” and that he had no reason to believe she had any “foreknowledge” about the murders. That said, he added that she had previously deleted any messages between her and Watts, and this hurt the investigation. The affair allegation was a highlight in Rourke’s statement to court on Monday. During the press conference, the prosecutor said they wouldn’t find another “significant enough motive” for Watts to have murdered his family, and suggested that the defendant will never truly say how and why the murders occurred.