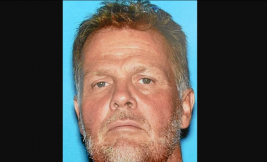 This trial has been in the making for years.

The victims disappeared on February 4, 2010. It was first believed that they might have traveled to Mexico, but family members cast doubt on that. The case went unsolved for over three years. Then came November 2013. A motorcyclist found a skull while traveling through the Mojave desert just north of Victorville, California. The McStays were buried in two shallow graves with a sledgehammer. An investigator suggested Summer might have been sexually assaulted, based on the condition of her clothing.

Prosecutors argue Merritt had a huge gambling problem and owed McStay money after accidentally being overpaid $42,000.

Merritt’s legal team is trying to pin this on another man: Dan Kavanaugh, another business associate. The defense said in opening statements that his ex-girlfriend told prosecutors that Kavanaugh confessed to murdering the McStays. Kavanaugh claimed he was in Hawaii at the time of the family’s disappearance on February 4, 2010, but while he had a plane ticket, Merritt’s attorney said there’s no itinerary to prove he actually took the flight. Phone records also don’t show that he was in Hawaii that day.