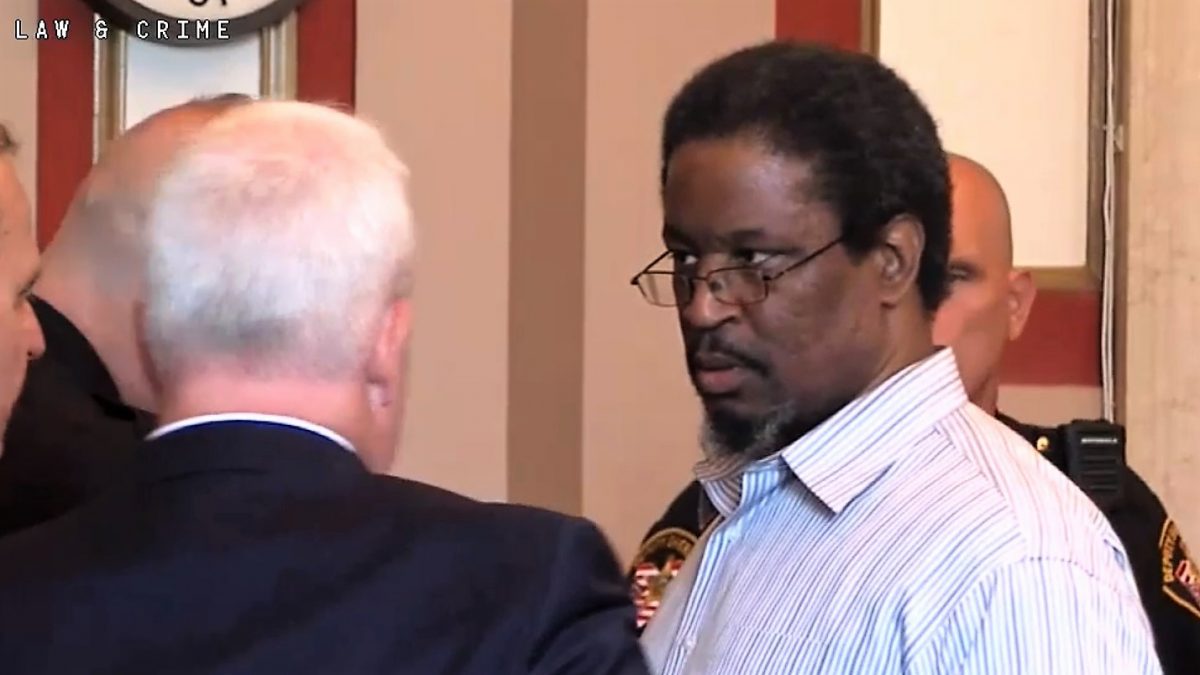 A Cincinnati, Ohio jury has recommended serial killer Anthony Kirkland for a sentence of death. Jurors handed that decision up to a judge moments ago.

Kirkland admitted or was convicted of playing a role in five deaths over the years. He was sentenced to death in 2010 for the murders of Casonya “Sharee” Crawford, 14, and Esme Kenney, 13. The Ohio Supreme Court granted Kirkland a new sentencing hearing in 2016 due to comments the prosecutor made during the original 2010 trial and sentencing hearing. The comments included arguments by the prosecutor that if jurors did not sentence Kirkland to death, then he was in essence getting a freebies for the murders of Crawford and Kenny. That’s because Kirkland was already serving a life sentence for the previous murders of Mary Jo Newton, 45, and Kimya Rolison, 25. Kirkland also played a role in the 1987 murder of his uncle’s girlfriend. He served 16 years for that crime before getting out of prison and being convicted of the four subsequent murders.

During closing arguments, prosecutors explained the legal process the jury needed to go through. The prosecution presented aggravating circumstances, which the jurors needed to weigh against mitigating circumstances presented by the defense. Jurors were to decide what weight to give each of the presented factors and to determine if the mitigators outweighed the aggressors.

Prosecutors said aggravating factors included tears to victim Esme Kenny’s private organs; that he stole jewelry, electronics, and a backpack from Crawford; and that he set Crawford’s body completely on fire (and Kenny’s partially on fire) to “purify” their bodies (or, actually, to destroy evidence, the prosecutor argued). The prosecutor further argued that Kirkland’s detailed, nine-hour interrogation and confession reveled he knew what he was doing.

The hearing largely became a battle of experts. Prosecutors harshly chided defense expert Dr. Joseph Wu, whom they said they held “in less repute than anyone else.” Wu testified that years of emotional, physical, and sexual abuse in Kirkland’s formative years resulted in brain abnormalities and, ultimately, in an inability for Kirkland to control himself.

The defense reminded jurors that Kirkland admitted his way of handling stress was to lash out in anger.

According to the defense, mitigating factors included Kirkland’s history, character, and background; and that Kirkland suffered from a mental disease or defect.

During a rebuttal argument, prosecutors said Kirkland had every chance in the world, but that his victims did not. They again said Dr. Wu, the defense expert, was not credible because he did not request an independent analysis (behind his own review) of certain medical records. They also said Wu “never saw a brain scan that he didn’t find abnormal.”

Prosecutors said Kirkland remembers every detail of the murders he committed and cannot be suffering from the deficiencies the defense noted.