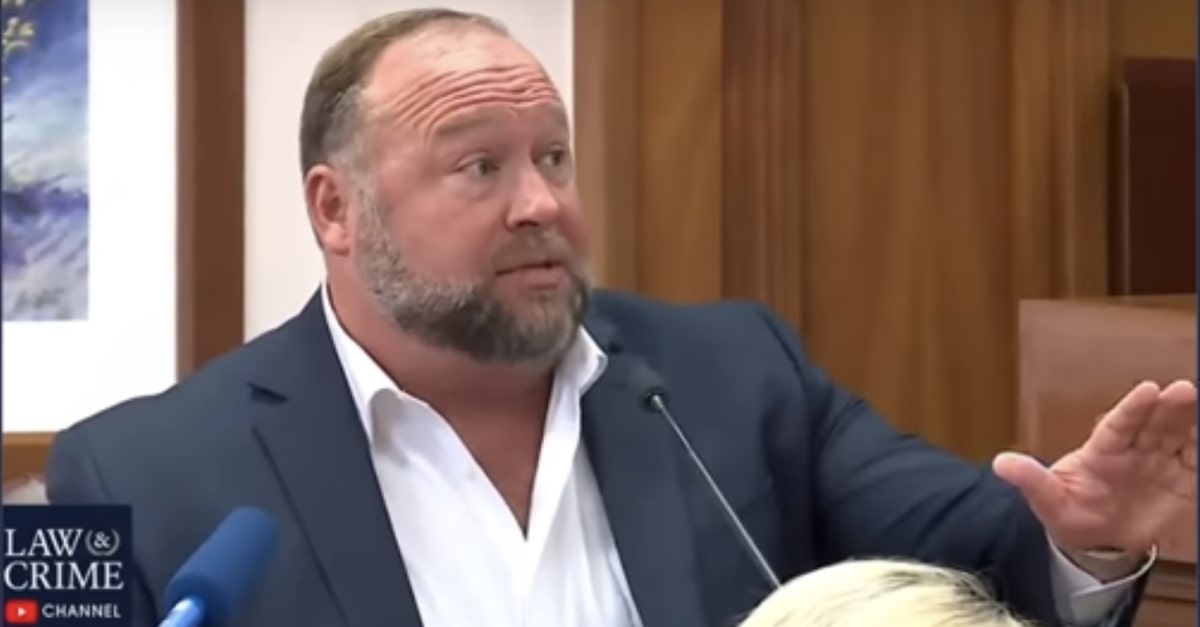 In the first of three defamation damages verdicts, a Texas jury on Thursday ruled that Alex Jones must pay more than $4.1 million to parents of a 6-year-old Sandy Hook victim for calling the massacre a “giant hoax.”

That is far lower than the figure parents had asked them to award: $150 million in damages, which their lawyer found a fitting penalty for Jones’s “decade of deceit.” December will mark the 10th anniversary of the massacre.

The jury, which reached the verdict on the first day of deliberations, has yet to award punitive damages and will return on Friday to consider that unresolved matter.

Only the size of the award had been at issue at trial, as the judge issued a rare default judgment against Jones before trial for failing to comply with his discovery obligations.

In addition to the Texas award, Jones also faces possible liabilities from two separate cases in Connecticut, expected to go to trial starting in September.

Parents Neil Heslin and Scarlett Lewis sued the right-wing broadcaster over his since-disavowed conspiracy theory that crisis actors staged the Sandy Hook massacre in order to give the government cover to weaken the Second Amendment right to bear arms in the U.S. Constitution.

On the witness stand, Jones recognized the mass shooting was “100 percent real” and claimed to offer his apologies to the grieving parents of young Jesse Lewis, one of 20 children killed on that day.

Counsel for the parents called the apology insincere.

The same day that Heslin delivered emotional testimony about his late son, weeping on the witness stand about his memories of the boy, Jones appeared on Infowars and insulted Heslin live on the air. Jones called Heslin “slow” and opined that the father was “on the spectrum.” His network also ran a segment baselessly accusing the judge presiding over his case of associating with pedophiles, and Jones even took a swipe at the jury, calling them too “blue-collar” to recognize him.

Throughout and before the trial, Jones claimed that his right to free speech was under attack, but the parents’ lawyer Kyle Farrar noted that those rights are not absolute under defamation law.

“Speech is free, but you have to pay for your lies,” Farrar told a jury on Wednesday.

The judgment does not end Jones’s legal woes: In addition to the pending civil cases in Connecticut, the broadcaster’s opposing counsel effectively accused him of perjury during cross-examination. Plaintiff’s lawyer Mark Bankston appeared to surprise Jones by announcing that defense lawyers inadvertently sent the family’s legal team years of Jones’s phone data.

The next day, Bankston told Travis County Judge Maya Guerra Gamble that “various federal and law enforcement agencies” asked him to share that data. So has the Jan. 6 Committee, which has taken an interest in Jones’s communications with former President Donald Trump’s fixer Roger Stone, Bankston said.

Gamble has not yet ruled on whether Bankston can share the messages with the committee and other plaintiffs’ lawyers in Connecticut.

Mitchell Epner, a former federal prosecutor and media law expert, said that the verdict is not surprising, and though far lower than what the family requested, represented far more than what Jones testified he could afford.

“The actual damages were always going to be difficult to quantify, because they were all non-cash damages,” said Epner, a partner at the firm Rottenberg Lipman Rich PC. “They didn’t put in evidence of cash damages, not even how much was being paid for mental health services, since that’s being defrayed by Sandy Hook funds. So I wouldn’t have been surprised by a verdict that was larger than this. I’m not surprised by this verdict, which is double the amount that Jones said on stand would bankrupt him.”