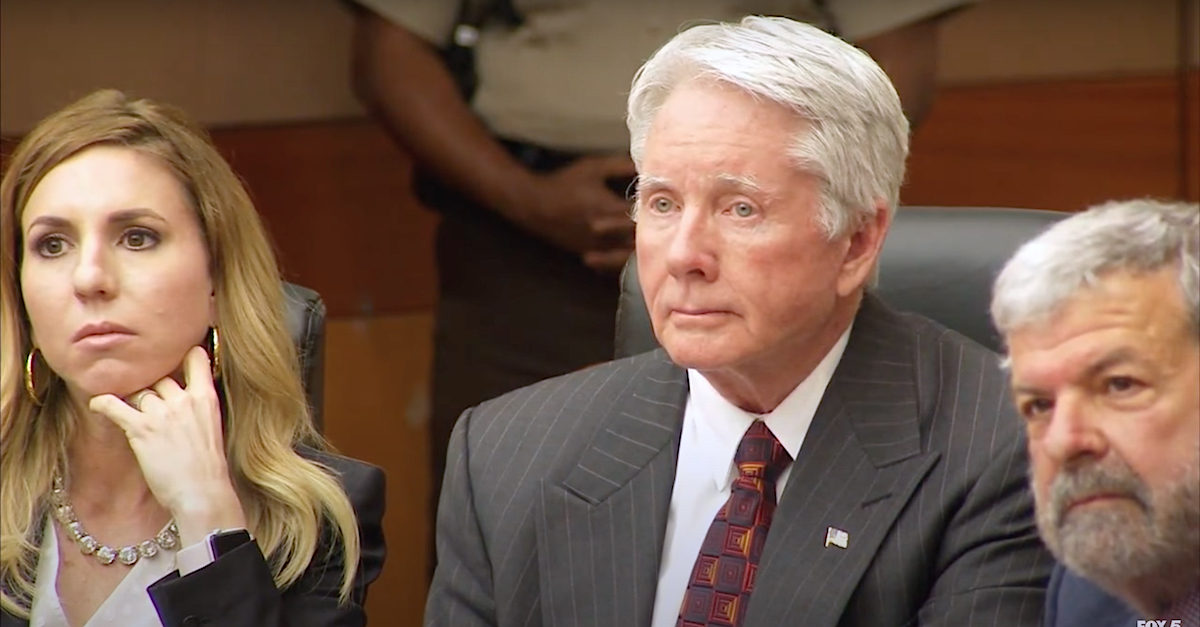 The Supreme Court of Georgia heard oral arguments on Wednesday morning in the high-profile case of an attorney who shot and killed his wife during a late night drive one Sunday evening in 2016.

Claud ‘Tex’ McIver was convicted of felony murder over Diane McIver‘s death in 2018. Evidence at trial showed that Diane McIver died from a gunshot wound to the back. The shooting happened as her husband sat behind her in an SUV driven by a friend. Tex McIver was holding a loaded gun as the car stopped at a red light — a gun the deceased woman herself had retrieved from the center console at her husband’s request as they drove through a “bad part of town.” The defense noted that it was Diane McIver herself who requested the detour due to congestion on an area freeway.

Prosecutors argued the killing was intentional and pre-planned; an effort to gain control over the couple’s shared ranch estate. The defense claimed the killing was accidental; that McIver accidentally discharged the gun as he was nodding in and out of sleep with the weapon in his lap.

A prosecution gun expert unintentionally set off McIver’s empty weapon in front of jurors — even as prosecutors argued that the gun wouldn’t simply go off without a deliberate squeeze of the trigger.

“Oops,” said the witness Zachary Weitzel of the Georgia Bureau of Investigation.

The defense seized on the discrepancy, but the argument had little effect:  the jury convicted.  Its members apparently agreed with prosecutors that the wealthy couple’s vast estate was a sufficient motive for the crimes charged.

One major issue before the nine justices was whether a trial court judge improperly refused to instruct jurors to consider a lesser charge of involuntary manslaughter during jury deliberations.  The legal argument surrounded the question of whether the gunshot was intentional or the result of some form of negligence.

Defense attorney Donald Samuel tussled with the judges as they considered the distinctions between different legal theories of culpability under Georgia law and how they relate to the case.

Samuel rattled off a series of citations, but the chief justice interrupted to disagree about “what those cases say.” The judge insisted that “if [a crime is] criminal negligence, it’s reckless conduct.”

“We are drawing a distinction between the act and the manner,” the defense attorney said later on, arguing that otherwise “every time a gun goes off you have a criminal act.”

Another member of the court then interjected to say that Samuel’s interpretation on that point was not correct because there are instances where a gun shoots through another floor or a ricochet occurs — and that such firings don’t always amount to crimes in the Peach State.

“Many of these cases do involve grabbing a gun and it goes off accidentally and the court says that’s misdemeanor involuntary manslaughter because there’s no intent to shoot the gun,” Samuel said. “The jury could have found [several different legal theories]. We deprived the jury of that fact-finding role.”

The heart of the case centers around the defense’s claim the trial judge was wrong when he did not instruct the jury they could find McIver guilty of involuntary manslaughter — lawful behavior performed in an unlawful way — based on the evidence at trial. Under Georgia law, if evidence exists to support the notion that a defendant committed a lesser crime, the jury must be given that option. Prosecutors, however, argued that there simply was no evidence to support the lesser crime.

“It’s the negligent manner in which the lawful act was conducted,” the defense attorney said.

Asked to define the lawful act, Samuel said that holding the gun, even holding a loaded gun, was lawful, even under the circumstances.

And while the finer points of jurisprudence suggested some trepidation on the high court’s behalf to grant McIver a new trial, the questions from the justices suggested an even greater concern about the state’s assertions given the facts at play.

“There was no evidence of a lawful act performed in an unlawful manner, the trial court correctly did not give the charge,” Ruth Pawlak, arguing for Georgia, said. “There was not even slight evidence that would have authorized that charge in this case.”

The chief justice expressed skepticism with the state from the start.

Nahmias asked whether police could have arrested, and whether prosecutors would have charged, Tex McIver for (1) being asleep; (2) while holding a loaded gun with his hand on or near the trigger guard; (3) with the gun “generally pointed” at the front seat; (4) while in a situation where “being startled” while dozing off might have caused him to discharge his weapon; and all (5) without an actual shooting?

Justice Sarah Hawkins Warren then quickly interjected to liken that scenario to “people who sleep with a gun under their pillow.”

“Is that criminal negligence?” she asked the state’s attorney.

And, though Pawlak did not directly answer those questions at first, she said (when pressed) that such a person could be charged with a felony. The lawyer’s response all-but provoked the judicial equivalent of a feeding frenzy with the justices appearing increasingly skeptical of the state’s position viz. firearms and criminality. 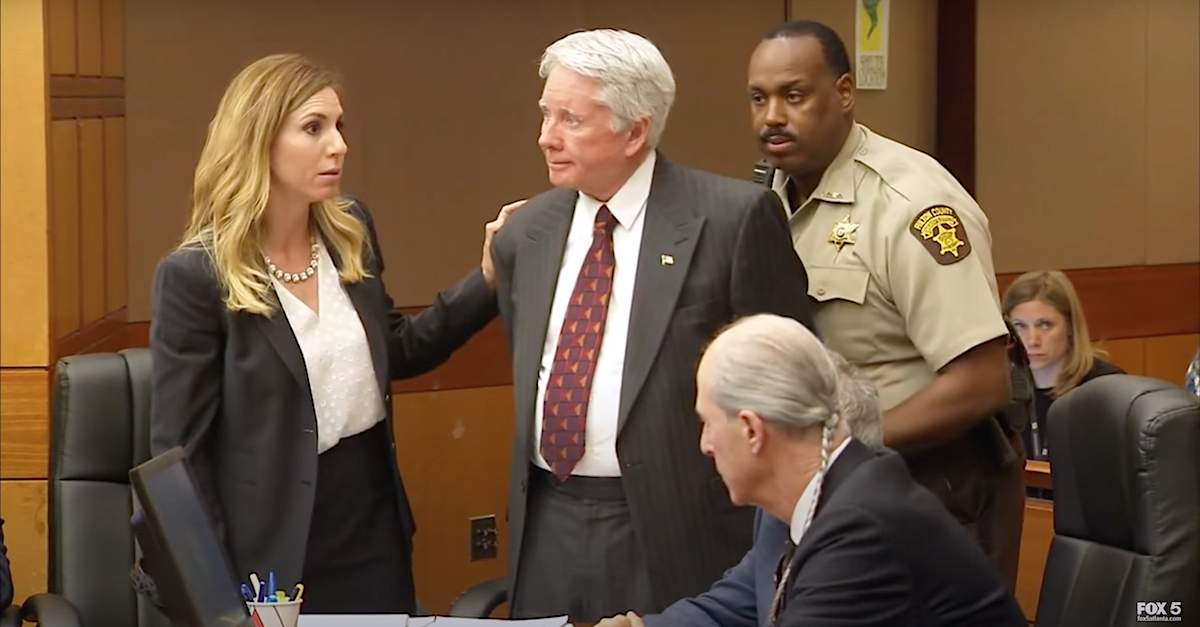 This part of oral arguments offered an odd nexus in the case. Eight of the court’s nine justices were appointed by Republican governors.  Considerations essentially pitted Second Amendment concerns against a possible outcome-changing reprieve for a criminal defendant who admittedly committed an act that killed his own wife.  The question, again, was what level of legal jeopardy might attach to the facts at hand and whether the trial court didn’t give the jury enough options.

“Why is that not a jury question?” the chief justice then asked about the lesser standards of culpability — to which Pawlak reiterated there was no evidence of anything beyond intentional. Multiple members of the court pushed back to suggest there was at least some.

“That’s not the state’s position is it?” a perplexed Bethel asked — to which Pawlak replied that all circumstances are part of the inquiry.

Unsatisfied, Warren then offered a situation where the same incident occurred on a road known to be filled with potholes as opposed to a newly-paved and smooth road. Presiding Justice Michael P. Boggs then quickly seized on that hypothetical to question-beg the state as to whether its legal conclusion “really rests on your proximity of the hand in relation to the size of the pothole?”

Warren chimed back in to say “I really don’t think you can look at the result to justify [the unlawful act].” She went on to alter the hypothetical again and ask about whether there would be a crime if the gun was pointed at the floorboard instead. Pawlak replied that it would still be reckless.

Boggs then returned to the road conditions issue. He asked a question premised on his own alteration of the hypothetical where a defendant doesn’t know about the potholes and puts their hand down to steady the gun, resulting in a slip that causes the gun to fire.

“How in the world do we draw that line?” Boggs asked — effectively answering his own question about the state’s position.

As arguments drew to a close, justices who spoke unanimously expressed their concern over a PowerPoint presentation used by the prosecution that contained a reference to the Ku Klux Klan. The defense has argued racial bias was present due to that seemingly inexplicable slide. The state did not directly argue that McIver was racist. When serially confronted with that issue, Pawlak conceded that was improper but insisted it had no real bearing on the case.

Finally, the chief justice expressed even more disdain for a prosecutorial argument that “just seems to be completely made up.” At trial, prosecutors argued that Tex McIver intentionally wanted the driver to take his mortally wounded wife to a hospital that the triggerman presumed would provide the worst possible care. Confronted with that argument, Pawlak was forced to admit “there was nothing specific indicating” that actually happened at all.

In sum total, the justices on the state’s highest court suggested at least some willingness to grant the defendant McIver a new trial — but a final decision will be issued on paper sometime down the road.

The Law&Crime Network’s complete coverage of the case is here.