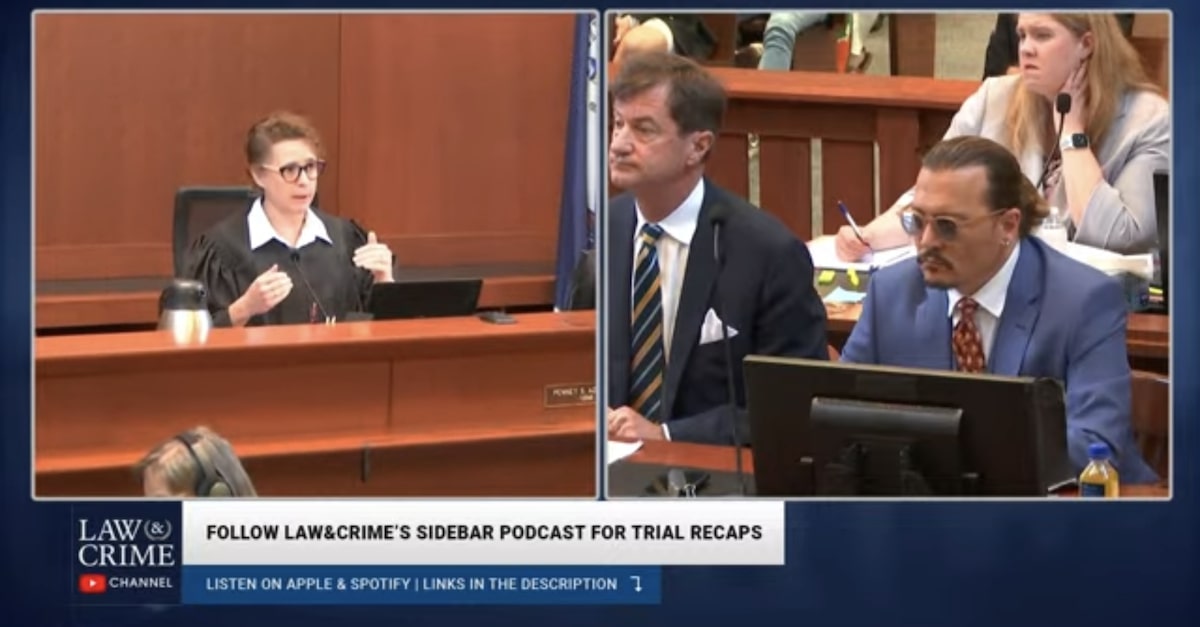 Johnny Depp lost his effort to dismiss Amber Heard’s counterclaims accusing him of defaming her when his attorney characterized her domestic abuse allegations as a “hoax.” The Pirates of the Caribbean actor made the motion after the Aquaman actress wrapped up her case.

Just as she rejected a similar motion by Heard, Judge Penney Azcarate allowed all of the defamation claims to reach a jury.

Azcarate noted that the bar is high to strike allegations before a jury has a chance to deliberate.

“When assessing a motion to strike, the court accepts the favorable to the non-moving party unless it would defy logic and common sense,” she said.

Heard’s counterclaims largely center around a smear campaign that she attributed to Depp’s lawyer Adam Waldman, who called her allegations “fake,” “fraudulent” and a “hoax.” Depp’s other attorney Benjamin Chew argued that Heard could not prove that Waldman made those statements with actual malice, which would require that he made the statements “with knowledge” of their falsity or “with reckless disregard of whether [they were] false or not.”

Rejecting that argument, Heard’s lawyer Benjamin Rottenborn noted that Waldman made some of the statements after a U.K. judge ruled that a British tabloid didn’t defame Depp by publishing an editorial calling him a “wife beater,” a characterization that court found to have been “substantially true.”

Chew also argued that Heard presented no evidence that Depp learned of Waldman’s statements before the lawyer made them.

“I would mention, however, your honor that […] there is no record evidence whatsoever that Mr. Depp even saw any of the three statements that Mr. Waldman made prior to being served with the counterclaims in this action, which we believe is relevant to many of the legal standards,” Chew said.

Depp’s lawyer also noted that Heard and planned to call her ex-husband back to the witness stand to fill the alleged “gaping hole” in her counterclaims case, before suddenly backpedaling in the last minute.

In one testy moment of arguments, Rottenborn accused Chew of aiming his arguments for the cameras rather than the court.

“I would object because I think making an argument not to you but to the cameras that threatens— It’s disrespectful to the court and everyone’s time, and it also threatens to undermine the integrity of this process and risk the jury being influenced by outside factors,” Rottenborn charged.

Overruling that objection, Judge Azcarate ultimately ruled in Heard’s favor on that motion. The judge explained that only a “scintilla” of evidence of actual malice is required for the claims to proceed, and she cited some of that into the record.

“Consequently, there is more than a scintilla of evidence that a reasonable juror may infer Mr. Waldman made the counterclaim statements while realizing that they were false or [made] with a reckless disregard for the truth,” Azcarate said. “It is not my role to measure the weight or veracity of the evidence.”

The case subsequently advanced under the doctrine of defamation by implication.

On Tuesday, Depp is expected to advance his rebuttal case with high-profile witnesses. Jennifer Howell, who runs the non-profit group Art of Elysium, is also expected to contradict certain testimony by Heard’s sister Whitney Henriquez. Frequently working with hospitalized children, Art of Elysium has offered workshops at Children’s Hospital Los Angeles, which Heard pledged to support via an as-yet-unfulfilled $3.5 million donation.

Both Heard and Henriquez testified about a “staircase incident” in which Depp allegedly hit Henriquez. Howell submitted a declaration in the U.K. suggesting that Henriquez told her a sharply different account, where Heard allegedly attacked Depp.

According to Howell’s declaration, Henriquez confided that she feared Heard would “kill” Depp.

On Wednesday, Depp’s supermodel ex-girlfriend Kate Moss is expected to testify via video link. Heard testified that she thought of Moss during the alleged staircase incident.

One of Depp’s attorneys gave a fist pump when Heard made that comment, suggesting his legal team perceived Heard had opened a door to helpful testimony. Moss and Depp remain friends, and the supermodel is expected to contradict the rumor.

The first witness for Depp’s case is Walter Hamada, the president of D.C.-based film production at Warner Bros. Pictures. He is appearing via deposition.