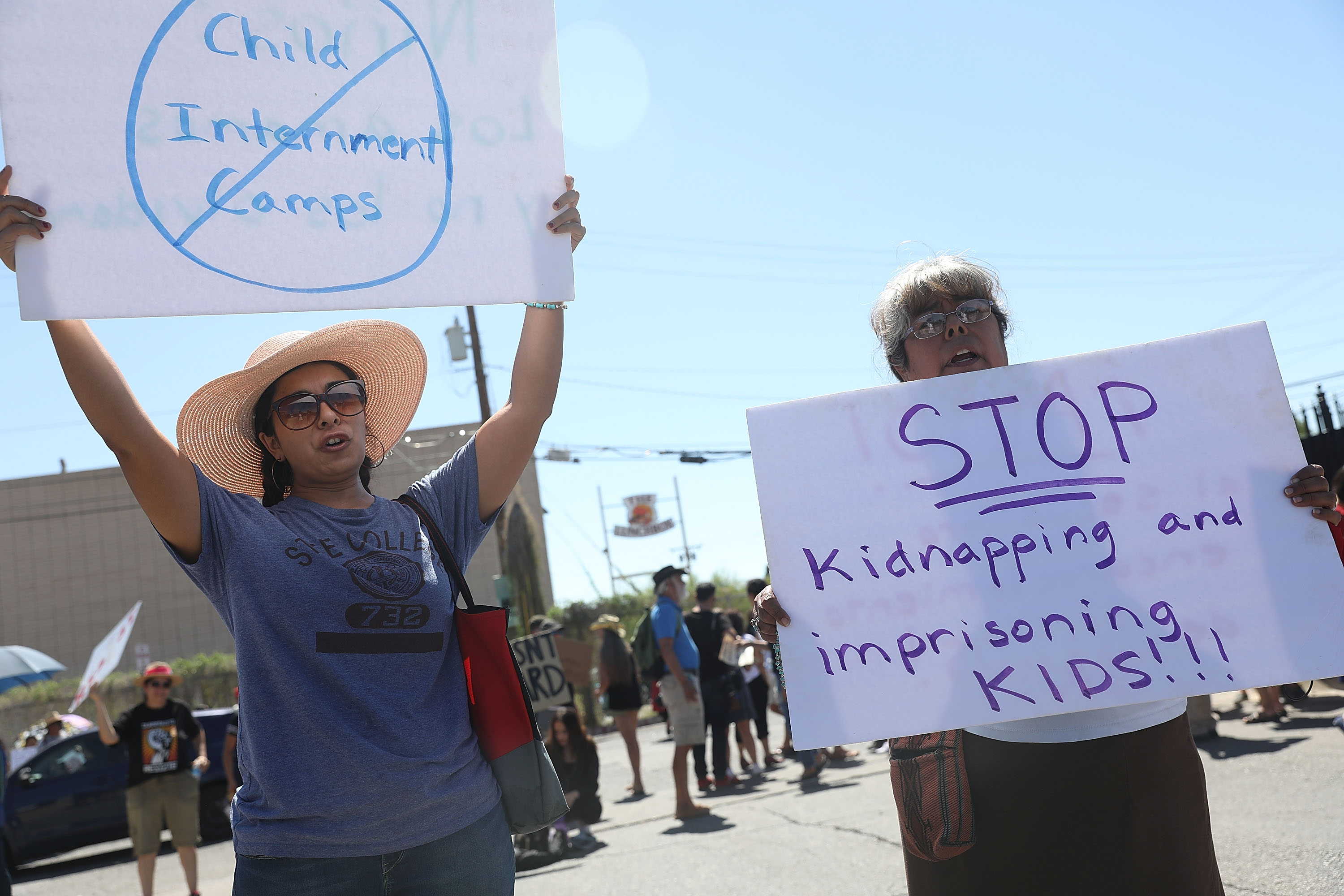 The State of New York intends to file a “multi-agency lawsuit” over the Trump administration’s zero tolerance immigration policy at the U.S.-Mexico border, according a press release issued by New York Governor Andrew Cuomo on Tuesday afternoon.

Specifically, New York announced plans to challenge the Trump administration on the basis of: (1) the Constitutional right to familial integrity; (2) alleged violations of the 1997 Flores Settlement Agreement; and (3) by use of a novel and untested legal theory known as the “Outrageous Government Conduct Doctrine.”

The announcement comes after dozens of asylum-seeking children were recently placed into custody by immigration authorities on Long Island, a large, water-locked landmass due-east of Manhattan. The press release notes, “We now know of more than 70 children who are staying in federal shelters in New York State and that number is expected to increase as other facilities are contacted.”

In broad strokes, the press release chides the Trump administration for “violating the Constitutional rights of thousands of immigrant children and their parents who have been separated at the border.” The release continues:

Following the callous and inhumane treatment of immigrant families at the border, New York is suing to protect the health and well-being of children being held at least 10 different facilities across the state and at others throughout the nation.

In the announcement, three seemingly disparate offices are said to be taking part in the legal effort: (1) the Office of Temporary and Disability Assistance; (2) the Department of Health; and (3) the Office of Children and Family Services. Law&Crime reached out to Governor Cuomo’s office for an explanation as to why those agencies would be joining the effort and why this lawsuit is not being coordinated with the New York State Attorney General, but no response was forthcoming at the time of publication.

While the press release makes reference to the “federal government’s ‘Separation of Families’ policy,” that could be a tough sell legally because the policy resulting in family separation is actually the result of enforcement priority shifts and verbal directives–as opposed to an explicitly identifiable rule, law or order.

Let’s address each of New York State’s arguments in turn.

The Right to Familial Integrity

The Constitutional right to familial integrity is a substantive due process right undergirded by the Constitution’s Fifth Amendment prohibition against the deprivation of “life, liberty or property, without due process of law.” The Supreme Court affirmed this right in the landmark case of Stanley v. Illinois and has reaffirmed the right in various highly-cited decisions, including Quilloin v. Walcott and Troxel v. Granville.

Each of the above-mentioned cases, though presenting vastly different fact situations, affirmed the right of parents to raise their own children free of unwarranted or undue government interference. In Troxel, a plurality of the Supreme Court noted:

[T]he interest of parents in the care, custody and control of their children—is perhaps the oldest of the fundamental liberty interests recognized by this Court.

Invoking the right to family integrity is line with litigation that’s already proven successful against the Trump administration’s family separation policy. The American Civil Liberties Union is currently moving a case through federal court on behalf of two immigrant mothers who had their children taken away from them by U.S. border and immigration authorities–even though both parents entered the country at legal ports of entry.

That case, stylized as Ms. L v. ICE, does not take explicit aim at the family separation policy. Rather, the litigation focuses on each parent’s due process claims. So far, those claims have been allowed to move forward, while specific claims under the Administrative Procedure Act and the Aslyum act were recently defeated.

The 1997 Flores Settlement Agreement set national standards regarding the detention, release, and treatment of all children in immigration detention and prioritizes the principle of family unity. It requires that juvenile immigrant detainees be released from custody without unnecessary delay, or when no appropriate placement is available, be held in the least restrictive setting appropriate to age and special needs. The Flores Settlement explicitly requires family reunification with a clear preference for custody by a parent…

This is more or less an accurate summation of the guidelines handed down by the Flores settlement. Notably, the U.S. government has been found in violation of this agreement before–by the U.S. District Court for the Central District of California–and various lawsuits have been filed in the past making such accusations against U.S. immigration and border agencies.

According to Angelo Guisado, an immigration law expert and staff attorney with the Center for Constitutional Rights, the Trump administration’s current practice of family separation likely violates the Flores Settlement Agreement.

This is an odd theory to assert as plaintiffs against the federal government because the outrageous government conduct doctrine is an affirmative criminal defense theory that is used to admit a defendant intended to commit a crime while also moving to dismiss charges because law enforcement conduct was “so outrageous that due process principles would absolutely bar the government from invoking judicial process to obtain a conviction.”

The doctrine stems from the Supreme Court case of U.S. v. Russell and the conduct necessary to mount such a defense must be “shocking to the universal sense of justice.” It’s clear how this defense could apply to an undocumented immigrant charged with a crime. Since the Trump administration is making a conscious decision to treat most asylum-seekers at the U.S.-Mexico border as criminals, an undocumented immigrant defendant might easily cite the doctrine after having their children ripped away from them like Sophie without the choice.

Despite the doctrine’s tendentious acceptance by U.S. courts, that’s one thing. Citing an affirmative defense in a complicated criminal case would be a prudent bit of lawyering. But it’s not readily apparent how successfully the theory might be applied as a sword instead of a shield. Law&Crime consulted multiple attorneys for this piece and the idea was unheard of. One attorney suggested that New York State might seek declaratory relief by asserting the Trump administration’s conduct is so outrageous that it must be enjoined, but this is decidedly speculative.

TL;DR: the first two approaches appear to be solid ways of legally moving forward against the Trump administration’s family separation policy. Indeed, both avenues of litigation have been successfully used to challenge immigration decisions made by the current and previous presidential administrations. The third theory, however, appears to be a bit out of place.