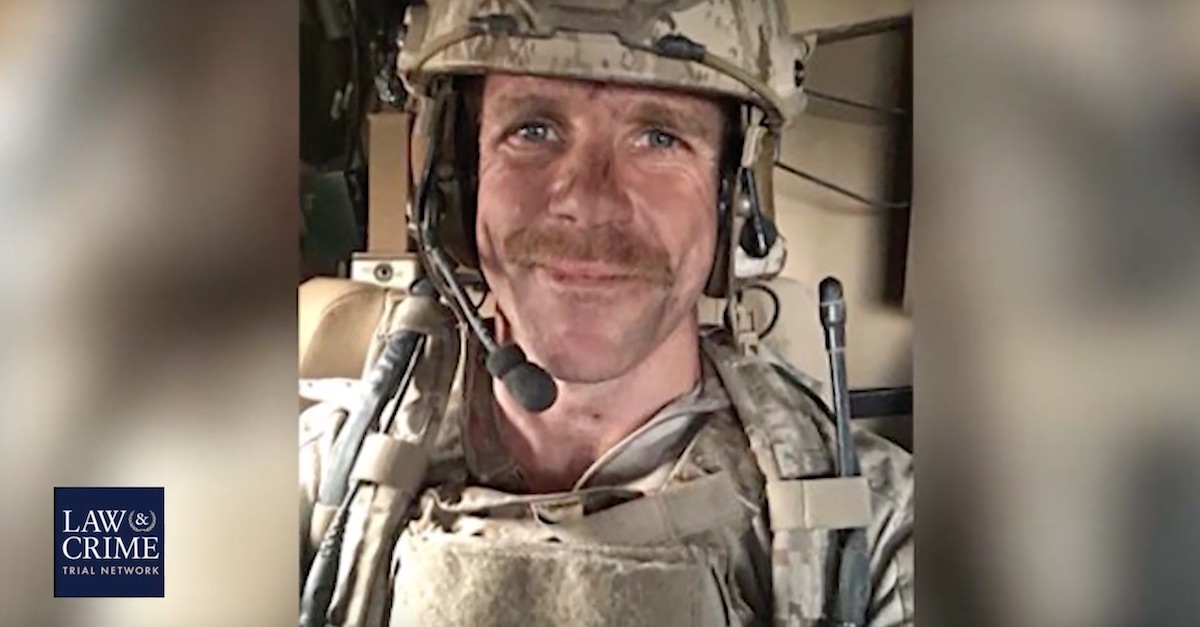 The government’s case just came crashing down in the prosecution of former special operations chief Navy SEAL Edward Gallagher. Gallagher is facing life in prison for shooting civilians, including a school-age girl, and knifing to death a captured ISIS fighter receiving medical treatment in Iraq in 2017. Gallagher also faces obstruction of justice charges for allegedly attempting to intimidate troops reporting his crimes.

During the prosecution’s case, SO1 Corey Scott was called to testify for the government. As a primary prosecution witness, the expectation was that Scott would provide a first-hand account of Gallagher’s stabbing the ISIS fighter. Scott, who happened to have been granted immunity, threw prosecutors quite the curveball.  Instead of delivering damning testimony against Gallagher, Scott testified that it was he himself who’d actually been responsible for the prisoner’s death. Scott said in court that he put his thumb over the injured fighter’s breathing tube, causing him to die.

Following the proceedings, Scott was reportedly observed talking and joking with Gallagher.

When asked about his shocking courtroom revelation, Scott said he’d never mentioned his role in the ISIS fighter’s death, simply because he hadn’t been asked. He also said he didn’t want Gallagher to be punished. “I don’t want him to go to jail,” Scott explained.

Scott’s testimony now turns the prosecution’s case into a tailspin. Although other charges still loom, a direct admission from Scott that he was responsible for the ISIS-fighter’s death could make a finding that Gallagher is responsible–beyond a reasonable doubt–unlikely if not impossible. Gallagher is facing a court martial for premeditated murder — which requires a finding that he acted with a consciously-conceived thought to to take his victim’s life. While premeditation does not require that the plan was put into action immediately, an intervening action (such as the independent choice of another person to cause the victim’s death) breaks any causal chain of criminal liability. In other words, if Scott made the decision to suffocate the ISIS fighter, he is the one who legally caused the death.

Scott isn’t alone in wishing Gallagher all the best. Gallagher’s attorney, Marc Mukasey–Rudy Giuliani’s former law partner who also represents Donald Trump in the Deutsche Bank lawsuit–has commented on media speculation regarding a possible presidential pardon for Gallagher. Mukasey said that, “If a pardon dropped down from heaven, obviously we would consider that.”

Thursday’s shocking testimony may have serious consequences for part of the Gallagher war crimes prosecution; however, Scott’s admission doesn’t appear to affect the prosecution’s case relating to Gallagher’s alleged crimes against other victims. Furthermore, there is at least a chance that the prosecution could discredit Scott by pointing to another charge against Gallagher — obstruction of justice.

Gallagher has a checkered history when it comes to relationships with his own men. The current prosecution resulted from Gallagher’s being reported by his own platoon, and there are allegations that he attempted to intimidate troops reporting his crimes. The government may be able to spin Scott’s testimony as resulting from yet another attempt by Gallagher to intimidate someone who might speak against him.

Still, Scott’s testimony will constitute a major road block for the murder charge related to the death of the ISIS fighter; with Scott himself claiming responsibility for the victim’s death, it’s tough to imagine a a jury finding that Gallagher should still bear the blame.