Could Jussie Smollett Now Turn Around and Sue the Police Now that Charges Have Been Dropped? 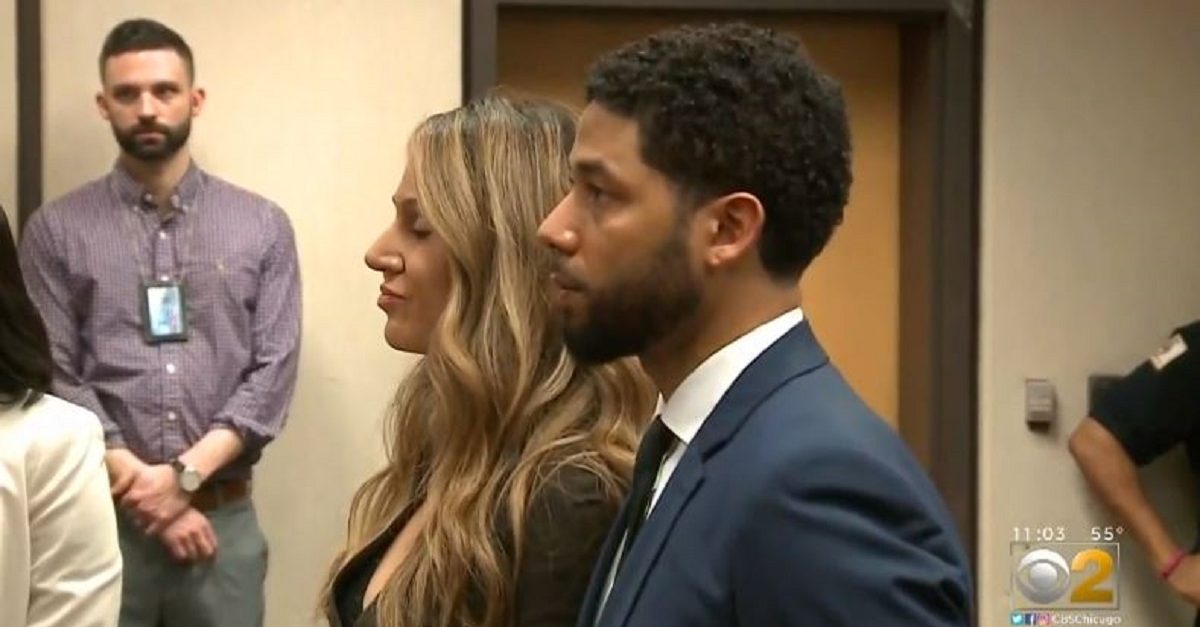 The latest developments in the case of Empire actor Jussie Smollett has raised so many questions: What exactly happened on that night when he claims he was attacked by two men? How did prosecutors go from getting a multi-count indictment to dropping the charges? Why is Smollett volunteering to do community service and forfeiting thousands in bond money if he’s innocent? And if he really is innocent, will he now take action against the police who so vocally and publicly asserted his guilt?

A false arrest brings up Fourth Amendment issues that can be raised in a civil rights claim under 42 U.S.C. § 1983, commonly known as Section 1983. That statute says:

Every person who, under color of any statute, ordinance, regulation, custom, or usage, of any State or Territory or the District of Columbia, subjects, or causes to be subjected, any citizen of the United States or other person within the jurisdiction thereof to the deprivation of any rights, privileges, or immunities secured by the Constitution and laws, shall be liable to the party injured in an action at law, suit in equity, or other proper proceeding for redress, except that in any action brought against a judicial officer for an act or omission taken in such officer’s judicial capacity, injunctive relief shall not be granted unless a declaratory decree was violated or declaratory relief was unavailable.

In plain English, that means that if a government actor violated someone’s constitutional rights through an action carried out under color of the law, that would be a violation of Section 1983.

Claims like this aren’t easy, however, because police aren’t required to prove guilt in order to make an arrest—that’s what trials are for. An officer merely has to have probable cause that a person committed a crime. If the police could show that they had probable cause to arrest Smollett, they could be safe from legal action. That’s a pretty tough hurdle to get by, according to defense attorney Page Pate.

“Any lawsuit will be difficult to win. A Section 1983 lawsuit would require Smollett to show an intentional violation of his constitutional rights,” Pate told Law&Crime. “He can only do that if he proves the police knew he was innocent and charged him anyway.”

Smollett’s attorney, Patricia Brown Holmes, has alleged that police did not properly handle the matter. Holmes said that the two men who cops say were hired by Smollett to assist in an alleged hoax now admit to attacking Smollett. Holmes accused police of them of trying the case in the press instead of thoroughly investigating. Questions have also been raised about Chicago PD leaks about this case.

On that note, could Smollett successfully sue the police for defamation over their statements made to the press? The answer is likely no. Police departments are government entities, and as such enjoy immunity from most types of claims over actions that are in the course of official duties. On top of that, as long as police reasonably believed their statements to be true, they’d be in the clear. As a public figure, Smollett would have a high burden of proof in any defamation case. It wouldn’t be enough to show that statements were false.

“He would have to show the allegations were actually false and that the police knew they were false at the time,” Pate said. And just because the charges were dropped, that doesn’t mean Smollett is innocent. As Pate noted, “The dismissal of charges doesn’t exonerate Smollett or prove he was right.”

Ronn Blitzer is a former prosecutor and the Senior Editor of Law&Crime. Follow him on Twitter @RonnBlitzer.