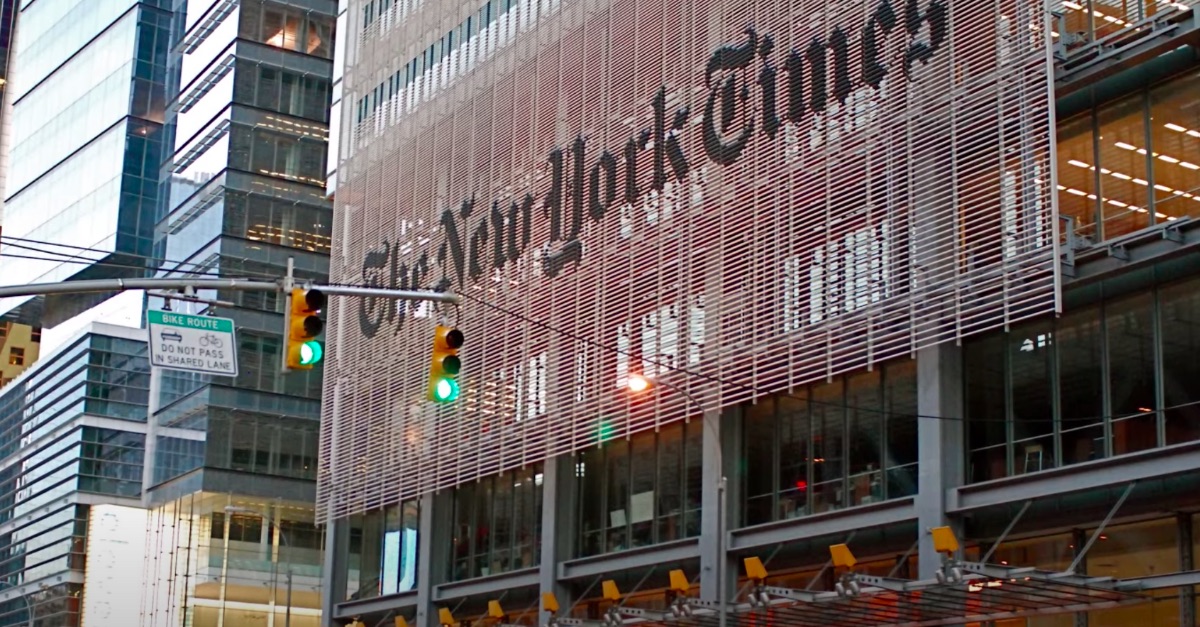 The New York Times on Friday filed a lawsuit against TIME Magazine for its use of the term “TIME100 Talks,” which the Gray Lady claims infringes on its own trademarked “Times Talks” series of live and virtual events consisting of conversations between “journalists and leading talents and thinkers.”

In the complaint, filed in U.S. District Court for the Southern District of New York, NYT alleges that in April of this year TIME Magazine launched a “competing series of live and virtual recorded events consisting of conversations between journalists and leading talents and thinkers.”

The newspaper also claimed that the magazine has essentially been using its TIME100 label to mirror “Times Talks” in several fashions.

The U.S. Patent and Trademark Office (USPTO) in August refused to register TIME’s trademark for TIME100 Talks, citing its similarity to the “Times Talks” trademark: “Applicant has merely added the term ‘100’ to the registered mark, inserting it between the two words TIMES and TALKS.”

“Because the marks are so highly similar and the services are so closely related, there is a likelihood that purchasers would confuse the sources of the services or believe they stemmed from a single source,” the USPTO wrote in declining the registration.

In a statement to Law&Crime, a TIME spokesperson said the claims against the publication were “baseless and somewhat bewildering.”

“It’s flattering that the New York Times is concerned with the success of TIME 100 Talks, but we find their complaint to be baseless and somewhat bewildering,” TIME said. “The TIME 100 brand has been registered as a trademark and widely recognized for more than two decades, and the word ‘talks’ is commonly used across similar programs in many industries.”

The newspaper is asking the court to issue an injunction preventing TIME from continuing to use the TIME100 Talks trademark or anything similarly confusing and seeks damages including all profits and gains derived from the alleged infringement.