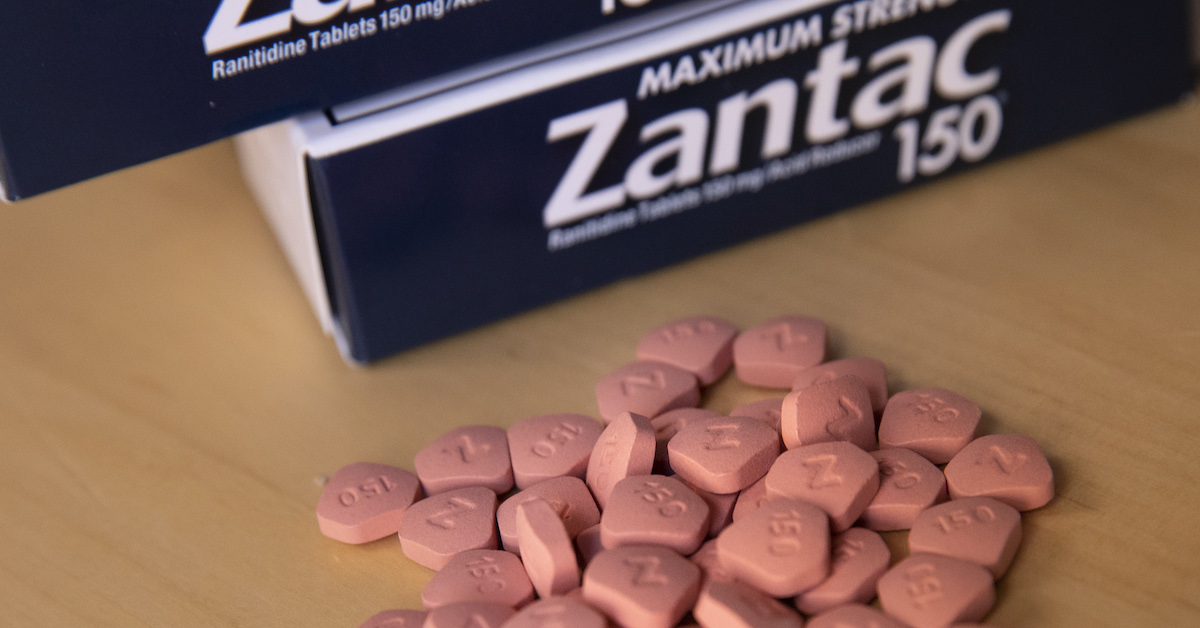 Weeks after the U.S. Food and Drug Administration (FDA) said the popular heartburn drug Zantac should be pulled from the market due to concerns about a cancer-causing chemical, a 49-year-old husband and father filed a lawsuit alleging that the drug caused his cancer.

“This is an action for damages suffered by Plaintiffs as a direct and proximate result of the Defendants’ negligent and wrongful conduct in connection with the design, development, manufacture, testing, packaging, promoting, marketing, advertising, distribution, labeling, and/or sale of the drug Zantac® (also known generically as ranitidine),” the lawsuit began. “Plaintiffs maintains that Zantac is defective, dangerous to human health, unfit and unsuitable to be marketed and sold in commerce, and lacked proper warnings and directions as to the dangers associated with its use.”

From there, the suit noted FDA and independent study concerns about N-Nitrosodimethylamine (NDMA) in ranitidine medications (i.e., Zantac).

The FDA said it “determined that the impurity in some ranitidine products increases over time and when stored at higher than room temperatures and may result in consumer exposure to unacceptable levels of this impurity.” It also referred to NDMA as a “probable human carcinogen (a substance that could cause cancer).”

The lawsuit said independent researchers recently revealed “what will likely go down as one of the gravest public-health frauds in modern times.”

“Put simply, Zantac is a cancerous poison. When ingested, every tablet (and every dose), produces the toxic carcinogen N- nitrosodimethylamine (‘NDMA’) in the body. NDMA is a by-product or waste product of various industrial processes, including the manufacture of rocket fuel. NDMA’s lone medical use is to cause cancer in animals for laboratory experimentation,” the lawsuit continued. “NDMA became notorious as the poison of choice in two sensational murders in the U.S. and Germany. Cigarette smoking in most public places in the United States has been banned, in part, because it produces NDMA, and animal studies have shown that ‘exposure to NDMA has caused tumors primarily of the liver, respiratory tract, kidney and blood vessels.'”

According to the plaintiffs and their attorneys at Sullivan Papain Block McGrath Coffinas & Cannavo P.C., the defendants should be held accountable for the damages they allegedly caused.

“At all relevant times, all Defendants knew or had reason to know that Zantac exposes users to unsafe levels of the carcinogen NDMA. During the period in which Defendants manufactured and distributed Zantac, numerous scientific studies were published proving, among other things, that ranitidine (the generic bioequivalent of Zantac) forms NDMA when placed in drinking water, and persons who consume ranitidine have a 400-fold increase of NDMA concentration in their urine,” the complaint said. “Despite the weight of scientific evidence showing that Zantac exposes people who take it to unsafe levels of the carcinogen NDMA, no defendant ever disclosed this risk to the FDA, not on the drug’s label, and not by any other means. Instead, Defendants put profits ahead of safety and aggressively marketed an inherently, unreasonably dangerous drug, reaping massive profits from exposing millions of people to cancer-causing chemicals.”

The lawsuit said that Douglas Rochler took Zantac roughly four to five times a week from 2014 through Sept. 2019 and, “[a]s a direct and proximate result” of doing so, “developed bladder cancer and underwent multiple surgeries from June, 2017 through November, 2017, including a transurethral resection of his bladder tumor and radical cystectomy with neobladder.”

The plaintiffs claimed that, because the defendants “actively concealed, and continue to actively conceal the increased exposure to NDMA and risk of cancer associated with Zantac,” there are no applicable statutes of limitation.

The lawsuit seeks to hold the defendants strictly liable for design defect and failure to warn. The plaintiffs also alleged negligence, breach of express warranty, breach of implied warranty, negligent misrepresentation, fraud and deceit, and violation of the New York Consumer Protection Act. The final count alleged is loss of consortium.

“Plaintiff, Anna Maria Rochler, is the lawfully wedded wife of Plaintiff Douglas Rochler, and as such, is entitled to his services, society, affection, and consortium,” the complaint said. “As a result of the aforementioned occurrence, Plaintiff Anna Maria Rochler has been deprived of the services, society, affection, and consortium of her husband, Plaintiff Douglas Rochler.”

The plaintiffs seek damages in an amount to be determined at a jury trial.

“My client, an otherwise-healthy 49 year old husband and father, was stricken with cancer after years of using Zantac, as a result of the negligence and greed of pharmaceutical companies who once again chose profits over human health. We are seeking justice for this man, his family, and all those who have been harmed by Zantac,” plaintiffs’ attorney Craig Silverman said in a statement to Law&Crime.

Law&Crime reached out to media reps at Sanofi U.S., GSK, and Boehringer Ingelheim for comment.

“We cannot comment on the specifics of the litigation, however, we take this issue very seriously as patient safety is our utmost priority,” GSK said in a statement to Law&Crime.