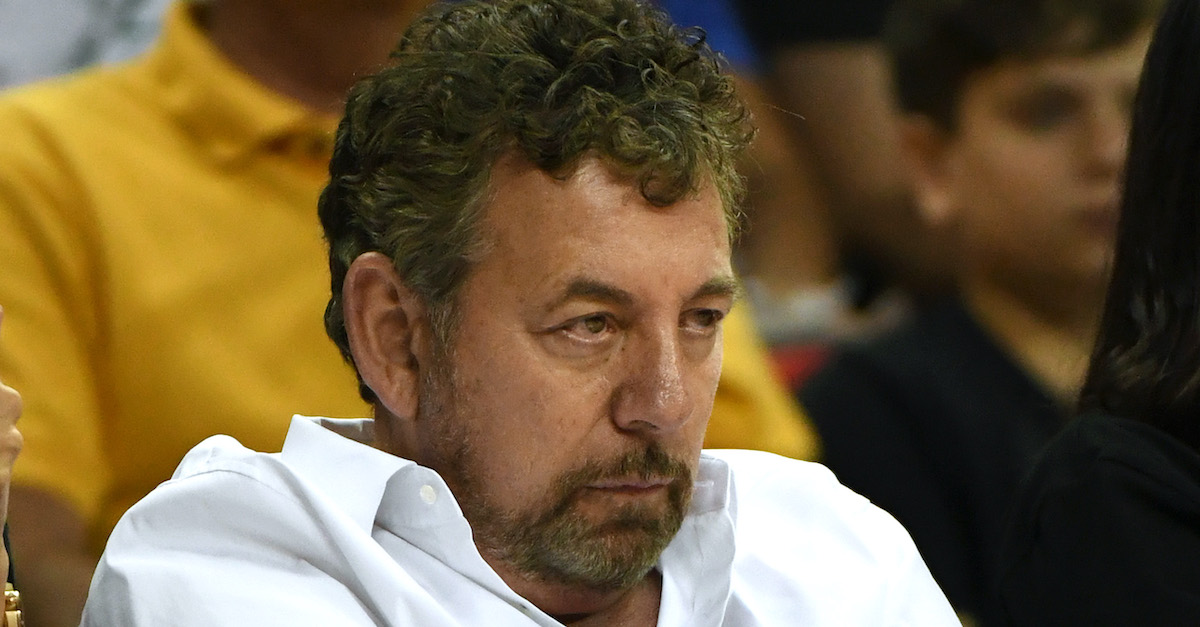 Oakley sued Dolan and Madison Square Garden in 2017 alleging assault and battery, but a district court dismissed the complaint in Feb. 2020. Dolan is Executive Chairman and CEO of MSG. That court said MSG “had the right to expel Oakley from the Garden and that his refusal to leave justified their use of reasonable force to remove him ‒ a licensee who became a trespasser by refusing to leave their property after being directed to do so.”

The ugly incident was caught on video:

But the appellate court ruled on Monday that Oakley’s unreasonable force allegations were actually sufficient enough to have defeated Dolan’s motion to dismiss. The appellate court kicked the case back down to the trial court for further proceedings on those claims.

Douglas Wigdor, an attorney for Oakley, said in a statement to Law&Crime that it was clear from the start that Dolan “acted improperly.”

“As we have always stated, Mr. Dolan and MSG acted improperly, and unlawfully, when they violently threw Mr. Oakley out of MSG without provocation. We are pleased that the Second Circuit has allowed Mr. Oakley to have his day in court and to finally be able to hold Mr. Dolan accountable for his actions,” he said. “This is a great day for Knicks fans and fans of Mr. Oakley, and we look forward to the truth of what happened finally coming out.”

Oakley himself said that he was pleased the truth about the incident will “come out at trial.”

“I am appreciative of the appeals court as I now have a chance to show the world what I said from day one was true,” he said. “The truth is going to come out at trial and Dolan will be held responsible for what he did.”

An MSG spokesperson said in a statement to Law&Crime that the company was “pleased that the Court dismissed the majority of the case and are confident that after a review of the facts, the remaining claims will also be dismissed.”

Editor’s note: this story was updated post-publication with a statement from an MSG spokesperson.