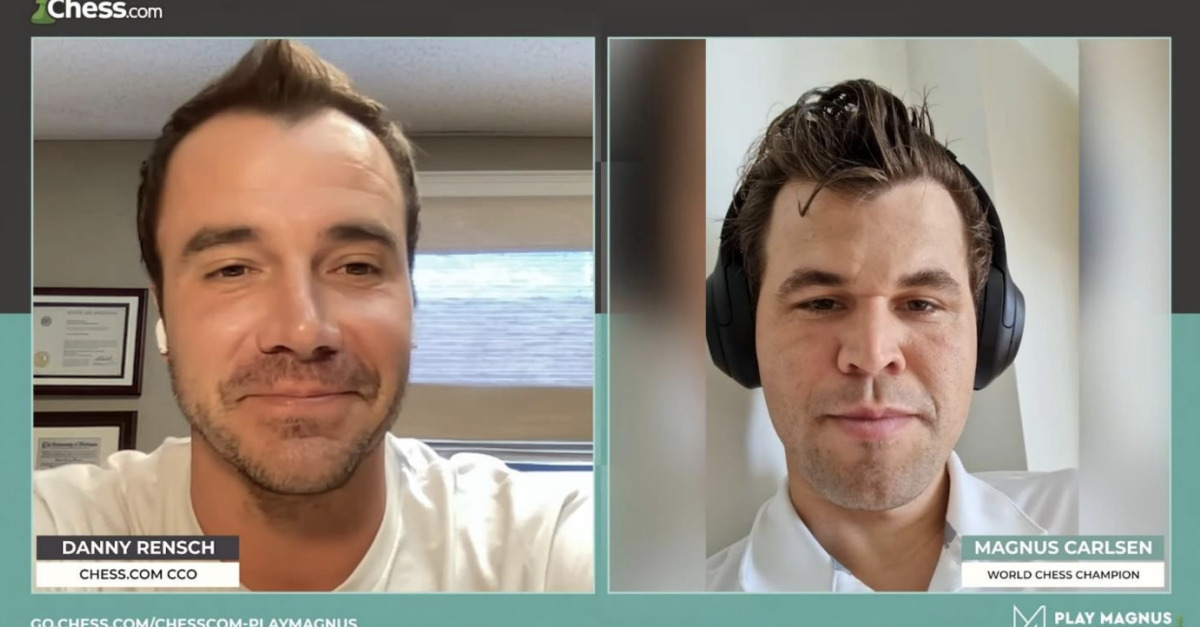 A chess grandmaster recently accused of cheating by some of the sport’s leading players and personalities has filed a defamation lawsuit in federal court alleging a conspiracy to tarnish him and blow up his reputation “as the next great American chess player.”

Chess fans were in awe when 31-year-old grandmaster Sven Magnus Øen Carlsen was taunted, bested, and then taunted again by 19-year-old “self-taught” U.S. chess prodigy Hans Niemann during the third round of the Sinquefield Cup in St. Louis, Missouri on Sept. 4, 2022.

In the aftermath of Carlsen’s defeat by the underdog Niemann, chess watchers were shocked, perplexed and then shocked again.

The older player’s loss at the tournament sanctioned by the International Chess Federation (FIDE) meant a serious setback for two of his lifetime goals: (1) breaking his previous world-record streak of 125 consecutive wins at sanctioned matches; and (2) securing a never-before-obtained official FIDE performance rating of 2900.

But after the loss, Carlsen quit the tournament.

Niemann claims the defamation campaign began shortly before that – behind the closed doors of the tournament itself.

“Notorious for his inability to cope with defeat, Carlsen snapped,” the filing says. “Enraged that the young Niemann, fully 12 years his junior, dared to disrespect the ‘King of Chess,’ and fearful that the young prodigy would further blemish his multi-million dollar brand by beating him again, Carlsen viciously and maliciously retaliated against Niemann by falsely accusing Niemann, without any evidence, of somehow cheating during their in-person game and demanding that the organizers of the Sinquefield Cup immediately disqualify Niemann from the tournament.”

The younger player, however, was not bounced from the tournament but event organizers increased security measures after the private allegations were made, according to the lawsuit.

Then something happened that piqued the chess-loving public’s curiosity substantially: Carlsen abruptly quit the tournament. Attached to the Twitter post announcing his departure from the Sinquefield Cup was a well-known video of famous soccer manager José Mourinho commenting on a series of controversial referee decisions in a Tottenham Hotspur loss to Chelsea in 2004.

“I prefer really not to speak,” the coach says in the well-known meme. “If I speak, I am in big trouble.”

By sharing that video, in context with his recent loss at and boycott of the tournament, the lawsuit argues, was tantamount to an allegation by Carlsen that Niemannn had cheated to win.

Then the allegations got more explicit, the filing says.

“Days later, Carlsen was scheduled to play Niemann again in the Julius Baer Generation Cup,” the lawsuit goes on. “Rather than seek to redeem himself from his unexpected loss to Niemann, Carlsen, the ‘King of Chess,’ gutlessly forfeited the game after making one move, and then issued a press release repeating his false accusations that Niemann had cheated against him at the Sinquefield Cup.”

I believe that Niemann has cheated more – and more recently – than he has publicly admitted. His over the board progress has been unusual, and throughout our game in the Sinquefield Cup I had the impression that he wasn’t tense or even fully concentrating on the game in critical positions, while outplaying me as black in a way I think only a handful of players can do. This game contributed to changing my perspective.

When it rains it pours, the U.S. player discovered.

He was quickly banned from Chess.com, the world’s largest chess website by far, and which recently purchased its only remaining major competitor, Play Magnus, a chess company owned by Carlsen.

“After Carlsen succeeded in laying the groundwork against Niemann with his initial defamatory accusations of cheating, he unleashed the full force of his newly-broadened media empire to publicly bolster those allegations and drown out any legitimate sources of opposition that demonstrated why Carlsen’s allegations were untrue,” the lawsuit says. “By design, this sudden ban, at the precise time that Carlsen accused Niemann of cheating against him, added instant credibility to Carlsen’s false allegations and suggested that they were true. Otherwise, there would be no reason for Chess.com to suddenly ban Niemann immediately after he defeated Carlsen.”

On Sept. 5, 2022, the lawsuit says, Nakamura recorded a streaming video in which he said it was “obvious” why Carlsen withdrew and otherwise casting aspersions about Niemann’s capabilities – without outright saying the U.S. player cheated.

A flurry of media reports and speculation on how Niemann might have cheated followed the accusations.

On Oct. 4, 2022, Chess.com issued a report accusing the 19-year-old of cheating in numerous online games. Niemann says those allegations are false. A press release was issued by Rensch, which Niemann claims, was littered with several additional falsehoods.

There is no evidence that Niemann has ever cheated during an “over the board” or in person chess game.

The lawsuit admits, on the other hand, that Niemann “regrettably used a ‘chess engine’—a computer program designed to calculate the optimal chess move in any given situation—in a handful of non-FIDE-sanctioned recreational chess matches he played online on Chess.com.” Niemann goes on to say, however, that the Chess.com report is defamatory and contains “10 pages of slanted analysis to support the conclusion that Niemann did cheat over the board at FIDE-sanctioned events.”

Niemann is seeking an amount not less than $100,000 million over the defamation claims as well as allegations that Carlsen, Chess.com, Rensch, and Nakamura engaged in an unlawful boycott under the Sherman Act, tortiously interfered with his livelihood, and engaged in a civil conspiracy.

In response to an inquiry from Law&Crime, attorneys Nima Mohebbi and Jamie Wine of Latham & Watkins, LLP issued the following statement on behalf of Chess.com:

We are saddened by Hans Niemann’s decision to take legal action against Chess.com. We believe his lawsuit hurts the game of chess and its devoted players and fans around the world.

Chess.com is proud of its reputation within the chess community and beyond, and will always defend the game, the players, and their mission of both growing and protecting online chess.

Hans confessed publicly to cheating online in the wake of the Sinquefield Cup, and the resulting fallout is of his own making. As stated in its October 2022 report, Chess.com had historically dealt with Hans’ prior cheating privately, and was forced to clarify its position only after he spoke out publicly.

There is no merit to Hans’ allegations, and Chess.com looks forward to setting the record straight on behalf of its team and all honest chess players.

Inquiries to representatives for Carlsen and Nakamura were not returned as of time of publication.