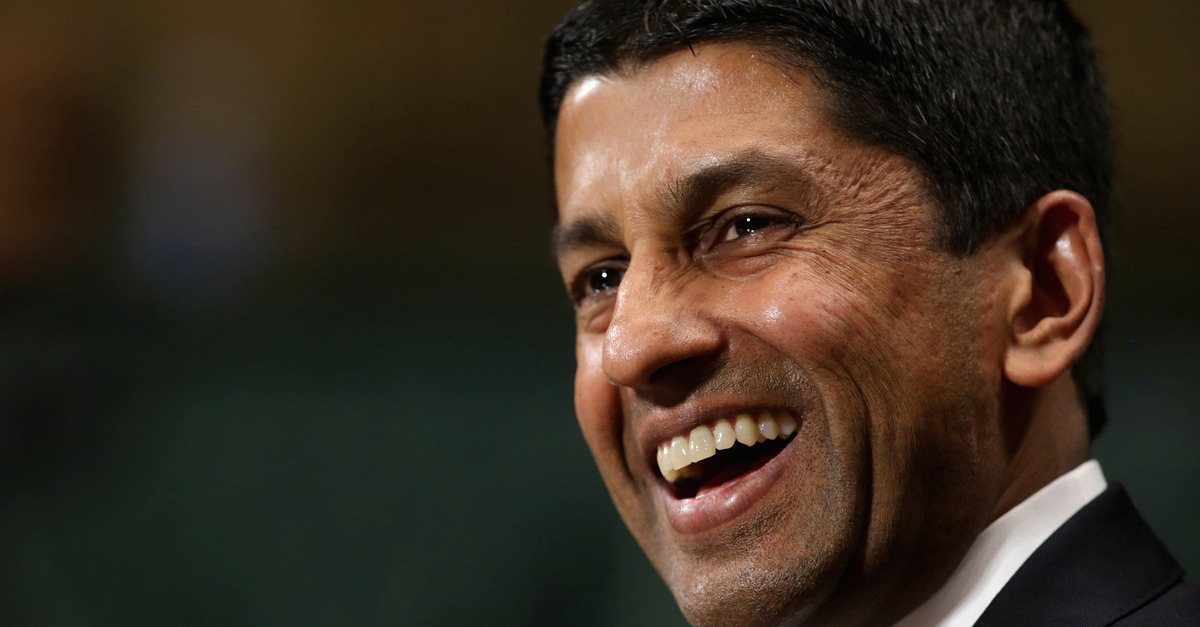 The era of Merrick Garland came to a somewhat ignominious end on Wednesday morning. Half-heartedly nominated to the U.S. Supreme Court by then-president Barack Obama and then opposed by Sen. Mitch McConnell (R-Ky.) with a full court press, the moderate judge, ambitions shelved forever, quietly returned to his duties overseeing the U.S. Court of Appeals for the D.C. Circuit with only occasional and short-lived bouts of fanfare and attention.

Garland stepped down as chief judge of the appeals court but will continue to be an active member of the court. In his place as chief steps Judge Sri Srinivasan, an Obama appointee who was unanimously confirmed to sit on the federal bench during the spring of 2013.

As close to what we mean when we say “natural successor” for a certain position, Judge Srinivasan‘s promotion makes sense considering he was one of three candidates Obama considered for the Supreme Court seat that ultimately went to Justice Neil Gorsuch.

Born in Chandigarh, India, Srinivasan attended Stanford University—where he eventually earned three degrees in total, including his law degree. After that, he clerked on the Fourth Circuit for a Ronald Reagan-appointed judge and then on the Supreme Court for fellow Reagan appointee and now-former justice Sandra Day O’Connor.

A recipient of the “Great Immigrants Honoree” award by robber baron foundation the Carnegie Corporation, here’s how the nation’s self-described elites view Srinivasan:

[He joined] the law firm O’Melveny & Myers in 1998 where he later became a partner and chair of the firm’s appellate and Supreme Court practice. From 2011 until his appointment to the circuit court, Srinivasan served as the Principal Deputy Solicitor General of the United States. Possessing a uniquely bipartisan appeal, he is considered one of the best lawyers in the country by legal elites.

He argued several cases in the solicitor general’s office role—documented here. As far as Srinivasan’s politics are concerned, interested observers ought to probably take the company he keeps as a cipher—since his record is fairly slim in terms of high-profile or hot-button cases.

In other words, he’s essentially another iteration of the judicial moderate that Garland himself was widely understood to be, whose function on the federal judiciary is to keep the boat on an even keel.

But there is at least one case which offers a bit of insight into how he views his job and role.

Most scandalously as far as public revelations were concerned, was the use of forced rectal feeding wherein CIA agents simultaneously tortured and fed innocent detainees by piping a mixture of hummus, raisins, pasta and sauce directly into their backsides after they went on hunger strikes to protest their unlawful detention and cruel treatment. The full report likely contained worse and the ACLU wanted the receipts of what Bush committed and what Obama covered up and refused to prosecute.

The FOIA filings were denied and lawsuits were filed. A lower court ruled against the plaintiffs and the case moved on to the D.C. Court of Appeals where Srinivasan sat in for Garland’s replacement due to the Supreme Court nomination in May of 2016. He did not ask any pointed questions or tip his hand.

In press accounts of those oral arguments, Srinivasan was consistently described as taking a middle-of-the road approach in which he appeared not to “betray bias” or take sides with either the government or the ACLU.

Ultimately, however, Srinivasan joined in an opinion and order which sided with the Obama administration and against the ACLU—barring release of the report on a thinly-sourced legal technicality. Additional litigation ensued but was eventually dismissed. In the meantime, the CIA “accidentally” destroyed every copy of the controversial report in its possession.