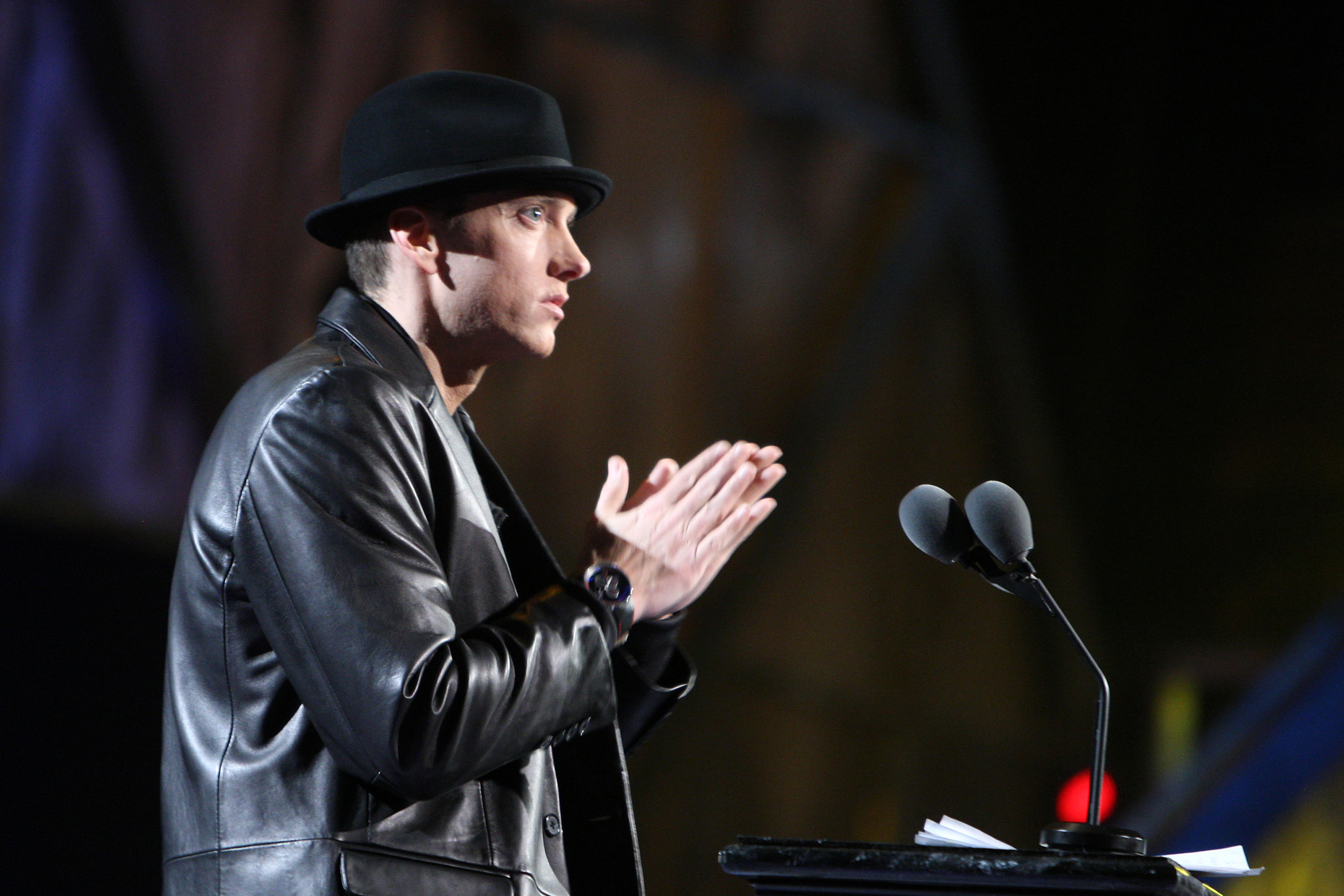 A clothing retailer in Detroit has launched a trademark dispute against beloved entertainer and Detroit native Eminem.

Clement “Fame” Brown owns and operates the Three Thirteen Store in the Motor City’s Warehouse District. Since 2010, Brown has held a trademark for the boutique’s eponymous in-house brand, Three Thirteen, according to U.S. Patent and Trademark Office records obtained by the Detroit Free Press.

In June of 2017, Eminem (also known as Slim Shady), whose birth name is Marshall Mathers, filed a trademark request for his own clothing line, E13.

Stylized in backwards fashion, the “E” in the E13 logo gives the appearance of the numeral “3”–which, Brown argues, is similar to his original trademark granted in 2010. Visually, however, the brands don’t offer much in the way of consumer confusion: Fame’s brand employs the use of hash marks on two separate lines; Mathers’ brand uses the aforementioned Arabic numerals on one line.

Both clothing brands appear to be making a bid to capitalize on Detroit’s 313 area code–popularized nationally by Eminem’s character in the movie “8 Mile.” But national recognition isn’t likely to be of the utmost importance here. Not only is this a hometown battle, but trademark analysis can be a thorny issue and the local characteristics of each brand could potentially take center stage.

Here, it appears both marks are suggestive of their Detroit provenance and that’s likely to factor into whatever final decision the U.S. Patent and Trademark Office makes–unless both parties settle, of course.

In a statement to local media on Wednesday, Brown said:

Intellectual-property attorney Barbara Friedman struck a similar tone. In comments to the Free Press, she said, “Our expectation is that Mr. Mathers will defend against the opposition, to protect his mark.”