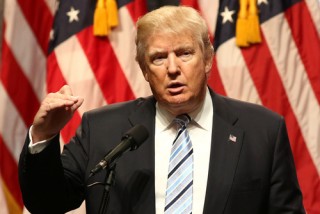 Donald Trump continues to do damage with his “solution” to his outlandish predictions of voter fraud. We now have a large group of Americans who believe two disturbing things: 1) the American election system is being fraudulently manipulated by one presidential candidate; and 2) it’s their job – the stalwart keepers of democracy who support Trump – to prevent and punish those involved in this conspiracy.

The erroneous belief that voter fraud is a widespread problem isn’t my concern today. People are entitled to see the facts as they wish; if Trumpsters wish to ignore the many credible studies analyzing voter fraud and concluding that it’s not an actual problem, that’s their choice. But it’s the second belief that really packs a punch. Even if voter fraud were a major problem, it is not up to private citizens to police, prevent, or punish it.

The responsibility to ensure fair electoral processes lies with the individual states. Republicans, who stand on a platform of state sovereignty, should know this. If Pennsylvania can’t get its act together at the polls, then the proper remedy would be to hold Pennsylvania accountable – not to create a vigilante election militia. Plus, there’s also the Department of Justice as a failsafe. The DOJ website is pretty clear:

What responsibilities does the Justice Department have with regard to voter fraud or intimidation?

The administration of elections is chiefly a function of state government. However, federal authorities may become involved where there are possible violations of federal law. In cases where intimidation, coercion, or threats are made or attempts to intimidate, threaten or coerce are made to any person for voting or attempting to vote, the Department of Justice can consider whether there is federal jurisdiction to bring civil claims or criminal charges under federal law. Depending on the nature of the allegations, they may fall into the jurisdiction of different parts of the Department.

This Florida man proudly Tweeted his own portable democracy cage that will purportedly help “landslide Trump.”

This looks like kind of voter intimidation Trump is inspiring https://t.co/C7beKxpOT2

Trump fans have also the hashtag #CodeRed to encourage their brethren to wear red to the polls in an effort to create a visual representation of support. The only problem is that #CodeRed already existed as a hashtag to spread word about summer heat advisories. But hey, a little safety warning isn’t much of a sacrifice when it comes to the widespread evil that is voter fraud.

One “poll” was even posted suggesting that #Bikers4Trump should provide security at voting sites.

Trump’s implicit message isn’t about voter fraud – it’s about government.   The government cannot be trusted.   Our laws need not be followed. We are entitled to take any and all matters into our own hands, so long as he declares the need exists.

A commenter on my earlier story suggested that my comparison of Trump’s election militia to the Nazi Sturmabteilung (or “Brownshirts”) was lazy writing on my part. And that lack of creativity is precisely my point. It doesn’t take a clever analogy, or an obscure reference to describe what Trump is doing with his cries of voter fraud. It’s obvious. We’ve seen it before, with the vigilante-turned-paramilitary group that preceded the SS. There may be ways in which the rise of Trump is markedly different than the rise of the Third Reich; there are also differences between the men themselves. But on the issue of vigilante voter intimidation as a solution in search of a problem, the comparison – as is the threat of violence – is shockingly similar.