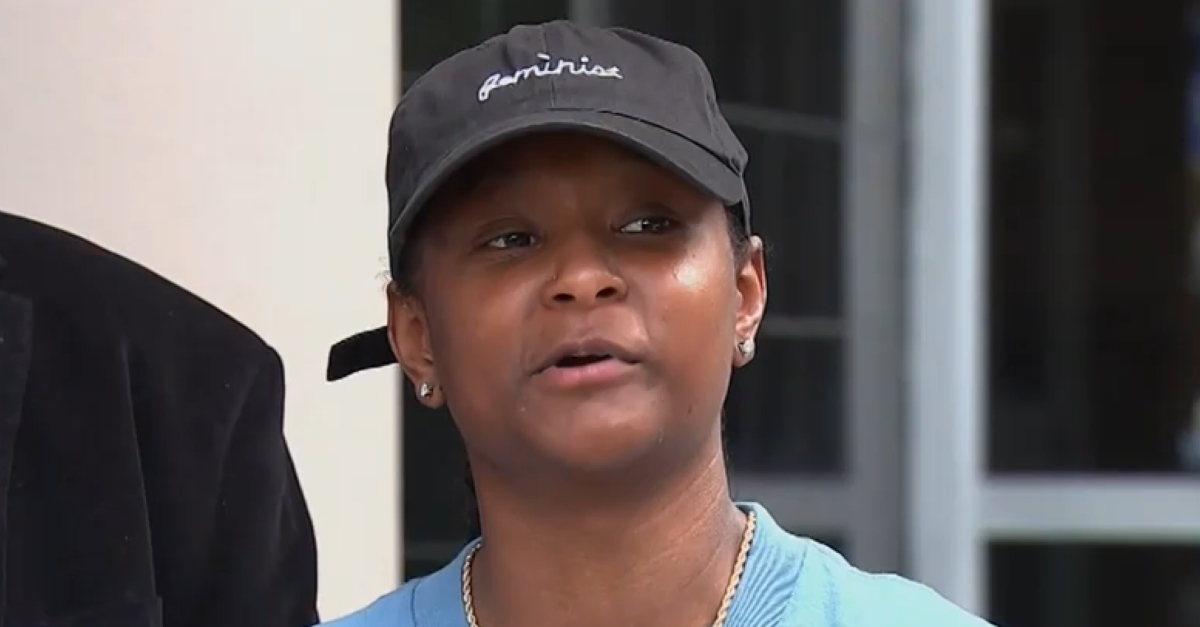 Texas teen India Landry settled her lawsuit over a school principal expelling her from Windfern High School because she refused to stand for the Pledge of Allegiance, her attorney told the Houston Chronicle in a Friday report. But thing as we’ll see, things remain more complicated than that.

“There is a big problem at Windfern High School,” said attorney Randall Kallien in the original article. “I am glad there has been a settlement and the school will also inform the students of their Free Speech rights.”

ISD officials agreed to tell students that they don’t have to stand for the Pledge if they have permission from parents, he said. He declined to share more details about the settlement, but the school disputed his characterization after the publication of that article.

“Cypress-Fairbanks ISD did not enter into a settlement, though this was inaccurately inferred by the Plaintiff’s press release, issued on Dec. 27,” Cypress-Fairbanks Independent School District spokesperson Leslie Francis told Law&Crime in a statement. “In actuality, the District was dismissed from the case and was not a part of any settlement. It is the District’s understanding that the Plaintiff settled with one of the individual Defendants, Ms. [Martha] Strother. Per the CFISD Student Handbook p. 60 (and Texas law), parents may submit a written request to the principal to excuse their child from reciting a pledge. This provision is currently included in the CFISD Student Handbook, and despite what has been reported, the District has not agreed to any additional notification of student rights in regards to this case.”

“A confidential settlement was reached, however, embattled Texas Attorney General Ken Paxton remains as counsel for defendant State of Texas in an effort to retain the statute in the face of Free Speech arguments and law,” Kallinen said in a statement, according to The Chronicle.

Federal court records show that the school district, Strother, and several other defendants were terminated as defendants on Thursday. Texas remains as an intervenor defendant.

The plaintiff said that Principal Martha Strother expelled her from school for refusing to stand for the Pledge, ordered her off the grounds, and threatened to call the cops.

Landry, now 18, sued the Cypress-Fairbanks Independent School District over this.

“I felt the flag doesn’t represent what it stands for, ‘liberty and justice for all,’ and I don’t feel what is going on in the country, so it was my choice to remain seated, silently,” Landry told reporters in July, according to Fox 32. “It was a silent protest.”

Landry’s case rested on the landmark 1943 U.S. Supreme Court case West Virginia v. Barnette. Justices ruled that schools could not require students to stand for the Pledge of Allegiance.

“To sustain the compulsory flag salute, we are required to say that a Bill of Rights which guards the individual’s right to speak his own mind left it open to public authorities to compel him to utter what is not in his mind,” Justice Robert Jackson wrote.

(c) On written request from a student’s parent or guardian, a school district or open-enrollment charter school shall excuse the student from reciting a pledge of allegiance under Subsection (b).

Lantry’s mother filed the lawsuit on her behalf.

“Barnette made clear that the right to abstain from expressing what is not in your mind applies to school children as well as adults,” Professor Catherine Ross, a First Amendment expert at George Washington University, told Law&Crime in an email. “In fact, in Barnette there is no more important place to respect individual liberty than public schools ‘if we are not to teach youth to discount important principles of government as mere platitudes.'”

“The student in the Texas case gets this,” Ross added.

Ross suggested that the Texas law seemed not to reflect Barnette‘s ruling, adding that “it appears to suggest that the school shall only excuse a student with a parent’s note, or must excuse such student.”

Note: We’ve added analysis from Ross. Also, the school district responded to a Law&Crime request for comment, and we reflected the article to reflect the statement.