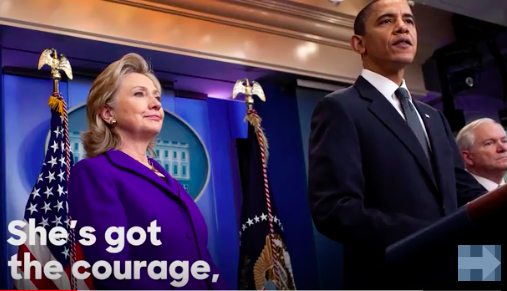 The GOP really needs to get a new playbook, because the one in which they throw around misused legal terms in attempts to demonize political opponents is really getting old.

Last week, Trump shouted “judicial bias” from the rooftops, hoping that no one would look up what the term actually meant; now, his minions are twisting “conflict of interest” beyond recognition for political expediency at the expense of legal accuracy. The latest accusation is that President Obama has created a “conflict of interest” by endorsing Hillary Clinton as the Democratic nominee. The misguided theory goes that since the FBI is investigating Clinton’s use of private email, his endorsement could potentially pose a problem.

Look, in politics, criticism and questioning is fair game. But this just isn’t what “conflict of interest” means.   The American Bar Association’s Model Rules of Professional Conduct contain numerous detailed sections relating to conflicts of interest. None of them even come close to describing a sitting president endorsing a presumptive party nominee. Legal conflicts of interest arise when a lawyer’s loyalty is divided between two clients with adverse interests. That situation can arise a number of ways, including the representation of organizations and groups as clients, or the duty to past or even deceased clients. But at its heart, every true conflict of interest has one person being pulled by legal obligation, in two different directions.

The idea that President Obama himself violated the conflict of interest rule is absurd. His loyalty isn’t remotely divided by leading the executive branch and endorsing whoever he believes would be the best successor. The president owes no legal duty to Hillary Clinton. She isn’t his client. End of story.

The only other meaning behind the “conflict of interest” allegation is one that accuses Attorney General Loretta Lynch of failing to prosecute Hillary Clinton because of President Obama’s endorsement. Such an accusation is also dead wrong. Neither Ms. Lynch herself nor anyone else in the federal government is obligated to do anything whatsoever based on President Obama’s endorsement. Sure, if there were probable cause to prosecute Hillary Clinton, and the AG failed to do so because of political pressure, her failure to prosecute could be unethical. But that hasn’t happened. And even if it did happen, the wrongdoing would be Lynch’s failing to do her job – not the president making the endorsement in the first place.

Judge Andrew Napolitano of Fox News argued yesterday that the president’s endorsement amounted a statement that, “‘I know you’re investigating somebody but I really want her to succeed me.’”

According to Judge Nap, everyone from the FBI to the Attorney General would feel so bound by the presidential endorsement that they’d all stop doing their jobs just to make President Obama happy.

“These people are saying … ‘how can we continue with this investigation knowing that our boss wants this person, who is the target of the investigation, to succeed him?’ That’s called a conflict,” said Napolitano.

Actually, it’s not. Judge Nap knows what “conflict of interest” means, and he knows that these facts don’t create one. There’s not a single person in America who is legally obligated to shirk their professional responsibilities because President Obama supports Hillary Clinton.  If we subscribed to Judge Nap’s logic, then any public endorsement of any candidate for any election would create thousands of conflicts of interest. If it did, then it would be improper for a federal employee even to vote for a candidate other than the one being endorsed by the president.

Viewing President Obama’s endorsement as creating a conflict of interest for Ms. Lynch would require a chain of illogic that could only be invented by GOP loudmouths. To be an actual conflict, the endorsement would have to create an obligation to help Clinton’s candidacy (which it doesn’t), Lynch would have to be obligated to prosecute Clinton (which, at this point, she isn’t), and then, Lynch would have to unethically refuse to discharge her duties (which she most likely wouldn’t).

And another thing: potential for conflicts of interest arise all the time. That potential is extinguished if the parties involve simply disclose the conflict and proceed ethically. Even in a strange universe in which a president’s endorsement would create the kind of obligation underlying a conflict, that conflict could be easily resolved.

Renowned NYU law professor of ethics, Stephen Gillers, who literally wrote the book on legal and judicial ethics, similarly concluded that an endorsement creates no conflict of interest:

“The AG doesn’t and shouldn’t clear charging decisions with the President and certainly not when the possible accused is a political ally of the President,” Professor Gillers told LawNewz.com.

Professor Gillers went on to say that any conflict would be “eliminated if Lynch does what she’s obligated to do, namely make any charging decision, assuming there is even a basis for one, without regard to the political consequences or the presumed preferences of her boss.”

This isn’t the first time we’ve seen the conflict of interest rule bastardized by Republicans for political gain. Back in February, Rand Paul suggested that it was a “conflict of interest” for President Obama to dare to nominate a Supreme Court Justice to fill Justice Scalia’s vacancy.  Keeping up with political mudslinging dressed up as legal ethics is becoming exhausting.  The only question is which term will inspire the next nonsensical allegation.