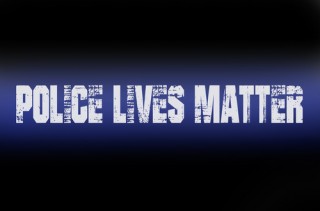 This is another law that we want to be a good idea, but just isn’t.

This law, on the surface, seems to do something sensible – increase the punishment when crimes are committed against the brave professionals who put their lives on the line for our public safety. So what’s the problem?

First, we don’t need this law. Penalties are already worse for crimes against law enforcement. Crimes are broken into degrees based on factors such as the severity of the circumstances, the behavior of the criminal, and the identity of the victim. When victims are children, or law enforcement personnel, or judges, the degree of the crime and corresponding punishment are more severe.   Our society has a general belief that crimes committed against law enforcement officers should be punished more harshly than crimes against ordinary individuals – and our laws already reflect that value. This legislature using its session time to pass new laws to do something that’s already being done is the worst kind of legislative redundancy. It shows disrespect for the legal system, lack of value for taxpayer money, and a true misunderstanding of the responsibility of government.

Being redundant, though, isn’t this law’s biggest problem. Expanding the definition of “hate crimes” to include violence against police, firefighters and EMS personnel not only is unnecessary, but also undermines the entire concept of hate crimes.

The term “hate crime” was first used in the 1980s, and was used to create a clear line between bias-based speech (some of which has Constitutional protection under the First Amendment) and violence motivated by that bias. Hate crimes are primarily committed against racial, ethnic, and religious groups, as well as against LGBTs. Think Klan-style violence. Hate crime legislation was instituted to differentiate run-of-the-mill criminal activity from the kind of bigotry-motivated violence aimed at groups of people because of who they are.

A hate crime is a traditional offense like murder, arson, or vandalism with an added element of bias. For the purposes of collecting statistics, the FBI has defined a hate crime as a “criminal offense against a person or property motivated in whole or in part by an offender’s bias against a race, religion, disability, sexual orientation, ethnicity, gender, or gender identity.” Hate itself is not a crime—and the FBI is mindful of protecting freedom of speech and other civil liberties.

State-level hate crime legislation echoes the FBI definition in both language and purpose.

Hate crime laws focus on violence motivated by identity-based characteristics such as race, ethnicity, religion, gender, sexual orientation or gender-identity. The legal language for what those groups have in common is that they share “immutable characteristics” – meaning that the very thing that made them the target of a crime is something they cannot change. Not coincidentally, those are the same groups that are covered (at least to some extent) by anti-discrimination laws and Constitutional precedent.   Immutability for purposes of legal protection is a central facet of the nature vs. nurture debate over sexual orientation and gender identity. The Supreme Court has thus far declined to give the same legal protection to LGBTs as it has to racial and religious groups; that decision is based in part on the disagreement over whether homosexuality, bisexuality, and transgenderism are behavioral choices or innate biological characteristics.  Hate crime laws were created to categorize violence against groups with a history of victimization; blacks and Jewish people had been the most frequent victims, and in recent years, Muslims and LGBTs have joined their ranks.

With history and context in mind, the idea of including a person’s profession as a hate-crime characteristic is utterly ridiculous. A person’s occupation, no matter how meaningful, is not an immutable characteristic. Our gratitude for the service of law enforcement professionals does not transform police work into an ethnicity.

Louisiana’s repurposing its hate crime law dilutes the very idea of a hate crime beyond recognition. And that’s not to downplay violence against police. There are many criminals who hate police, and who commit violent crimes against cops just for being cops. And those crimes against police are no less serious or immoral because they are not truly “hate crimes.” This is simply a legislative attempt to put a square peg in a round hole.

The people of Louisiana respect their law enforcement professionals, and they were angry when Darren Goforth, a uniformed sheriff’s deputy, was ambushed and killed last August. Many are angry because they feel the “Black Lives Matter” movement has created an atmosphere of disrespect for law enforcement. The Blue Lives Matter law is meant to be a salve for that wound.

“The overarching message is that hate crimes will not be tolerated in Louisiana,” Gov. John Bel Edwards said after signing the law.

Actually, that’s not true. The overarching message is that there is a war between those who actively oppose racial discrimination and those who respect and value the lives of police officers.   The intent to pit the “Blue Lives Matter” against “Black Lives Matter” is unmistakable. This statute was drafted and passed as a way to make Louisianans feel like their government is “doing something” about the problem of violence against police. But in passing this law, the Louisiana government has eroded its own criminal justice system for the purpose of creating a pleasing headline.   Legislating in a way that accomplishes goals we’ve already met and weaken laws that already exist shows an absolute lack of integrity on the part of those entrusted with authority to govern.