Report: Gawker Gets Its Own Billionaire Backer For Hulk Hogan Lawsuit Appeal 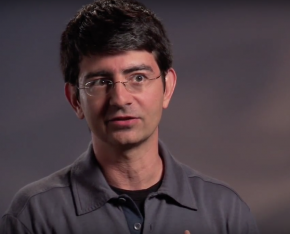 Another Silicon Valley billionaire has joined in the high stakes legal battle between Hulk Hogan and Gawker. Pierre Omidaer, the co-founder of eBay, is reportedly supporting Gawker in their appeal of the $140 million Hulk Hogan verdict, according to the New York Post.  The news comes just days after it was revealed that Peter Thiel, co-founder of PayPal, was secretly bankrolling Hogan’s lawsuit against the gossip blog.

The Post reports Omidyar, through his First Look Media venture, is asking other media outlets to file amicus curie briefs in support of Gawker during its appeal of last month’s $140 million verdict in favor of Hogan.  The theory, according to The Post, is to shape the legal battle as a major First Amendment rights issue.

An unidentified source told The Post “there’s bad blood between Omidyar and Thiel.”  The bad blood allegedly goes back over a decade and is likely playing a role in Omidyar’s decision to get more involved. Earlier this week Thiel confirmed to The New York Times that he is bankrolling Hogan’s lawsuit against Gawker.  Some reports indicate he has already provided more than $10 million to help fund the Hogan lawsuit.

In March, LawNewz.com founder Dan Abrams wrote that he suspected a wealthy individual, with an axe to grind against Gawker, was likely “encouraging Hogan and his attorneys not to settle.”

Earlier this year, a Florida jury awarded Hogan (real name Terry Bollea) $140 million in an invasion of privacy lawsuit.  Gawker has said the award could bankrupt the company.