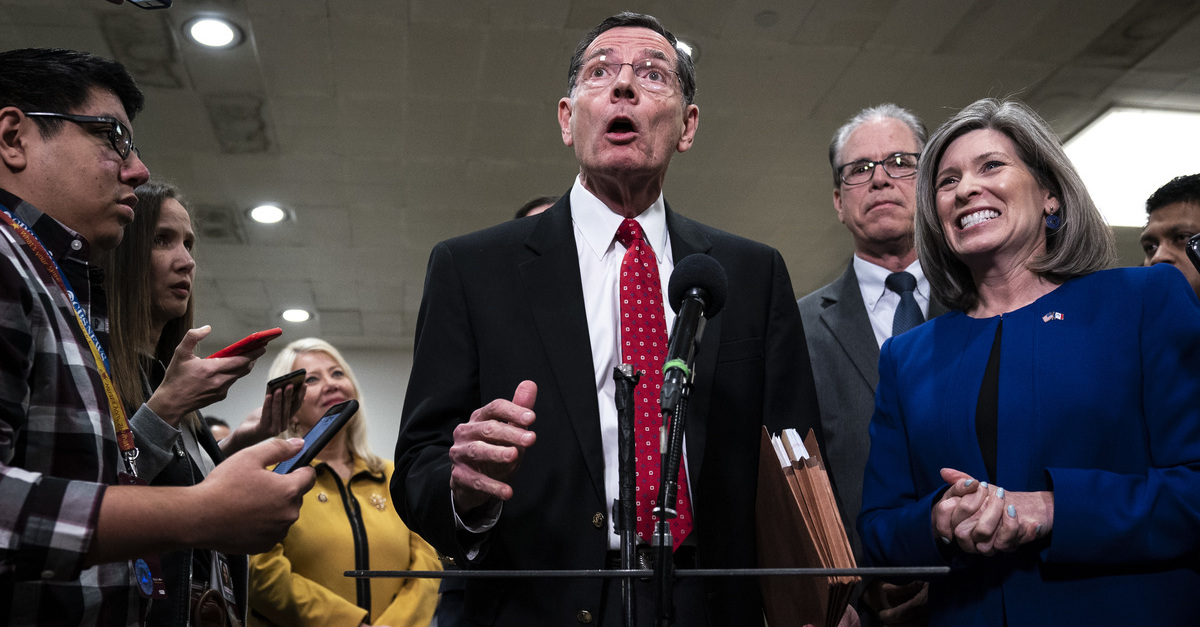 The American system of criminal justice, at least in the popular imagination, is typified by the presence of disinterested jurors and peer-based verdicts relying on witness testimony. The U.S. Senate’s impeachment trial of President Donald Trump is typified by something else.

Sen. John Barrasso (R-Wyoming), apparently reflecting the snowballing conscience-esque feelings of his own peers, was asked by CNN’s Manu Raju if he had a message for any members of the GOP caucus who were having a hard time deciding whether the Senate should call any witnesses.

Barrasso’s remarks were telling as to how the gravity of the situation had been impacted by the will-he/won’t-he discussions surrounding former National Security Advisor and Trump foil John Bolton.

“Well the momentum of the conference clearly is to just end this,” Barrasso said of his allegedly torn colleagues. “We’ve had 17 witnesses already in the House…The American public isn’t paying attention anymore. They know we need to end this.”

Barrasso told CNN’s Erin Burnett more or less the same thing when asked if any GOP senators would actually vote for witnesses:

The momentum in our conference is clearly to moving to final judgment…I’m very comfortable with where we are. I think we have a very strong case. We need to get back to the work of the American people, and that’s why we have the momentum moving to say, we’ve heard enough. We can make an informed decision and judgment. Let’s vote.

Asked explicitly about Bolton’s promise and potential as a witness against the 45th president, Barrasso hewed close to the line previously established by Alan Dershowitz.

”I think even if everything in the book is true, it doesn’t rise to the level of impeachment,” Barrasso said—referencing reports of a manuscript in which Trump allegedly conditioned the release of foreign aid on an investigation into the Democratic Party’s former 2020 frontrunner.

The Cowboy State’s junior senator was quickly mocked for using the transitive property in such bold fashion:

John Barrasso represents fewer people than live in Washington DC and is a major voice fighting against what 75% of Americans want. https://t.co/Jxx8fqkdde

Eyeing a quick exit, Barrasso said he anticipated the entire trial would be over this Friday.

“[U]ltimately, when it comes around to Friday, and it’s time to decide, should we move to a final judgment,” Barrasso told Burnett. “I believe that is what will happen at that time, and then a vote to acquit President Trump. And it’s interesting on the Senate floor, visiting with other colleagues, I think there are some Democrats who also will vote to acquit.”