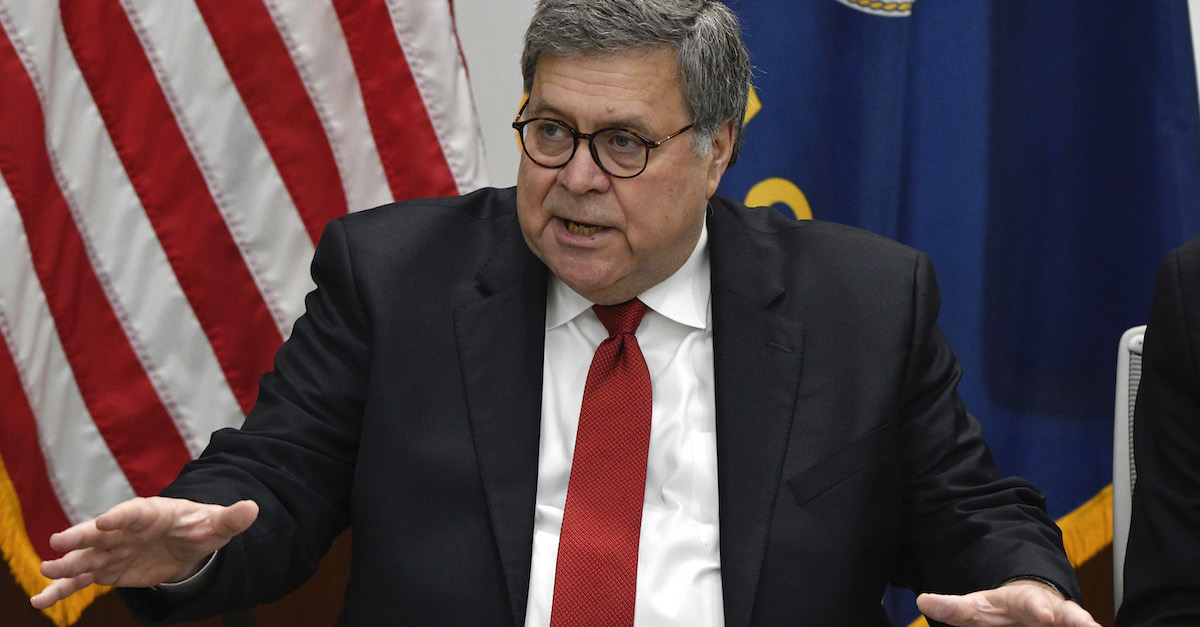 Indicted Rudy Giuliani associate Lev Parnas made some incendiary claims Wednesday night on cable news about Attorney General William Barr’s involvement in the Ukraine affair, claims that Barr, through a spox, has denied as “100% false.” Whatever the case, at least one former federal prosecutor said Barr should lawyer up.

I must add that based on the allegation of Lev Parnas, our esteemed Attorney General should probably retain a criminal defense attorney. What a conspiracy to bribe mess. Is our country’s AG the second coming of disgraced former AG John Mitchell? Crazy times. https://t.co/KUEht2d8Py

“I must add that based on the allegation of Lev Parnas, our esteemed Attorney General should probably retain a criminal defense attorney,” Rossi said. “What a conspiracy to bribe mess.”

Parnas told MSNBC’s Rachel Maddow that married attorney duo Victoria Toensing and Joe diGenova, Rudy Giuliani and Barr are all buddies, and that Barr must have known about Giuliani’s efforts to get Ukraine to announce investigations of the Bidens. Trump mentioned Barr by name on the infamous July 25 phone call with Ukrainian President Volodymyr Zelensky, in which Trump suggested that Zelensky link up with Barr on the desired Bidens/CrowdStrike probes.

Parnas also said Barr was “basically part of the team” of these individuals, who were trying to get information through indicted Ukrainian oligarch Dmytro Firtash that would discredit the Mueller investigation, allegedly in exchange for stopping Firtash’s extradition and prosecution in the United States. Firtash is under indictment for bribery. Toensing and diGenova started representing Firtash in July 2019.

Parnas said that he never spoke to Barr personally but was “involved in lots of conversations that Joe diGenova had with [Barr] in front of me, Rudy had with him front of me, setting up meetings with Dmytro Firtash’s team, I was involved in that.”

Asked if Giuliani spoke to Barr about the Biden investigation solicitation operation, Parnas said Barr “had to have known everything.”

Barr, through Justice Department spokesperson Kerri Kupec, denied it all as 100-percent false.

Earlier tonight, The Rachel @maddow Show reached out to me for comment in advance of the Lev Parnas interview. Rachel read my response on-air. See below for request and response. pic.twitter.com/l7eLyjMUzV

Kupec referred on Twitter to a DOJ statement on Ukraine from September. “It has not changed,” Kupec said of the statement. 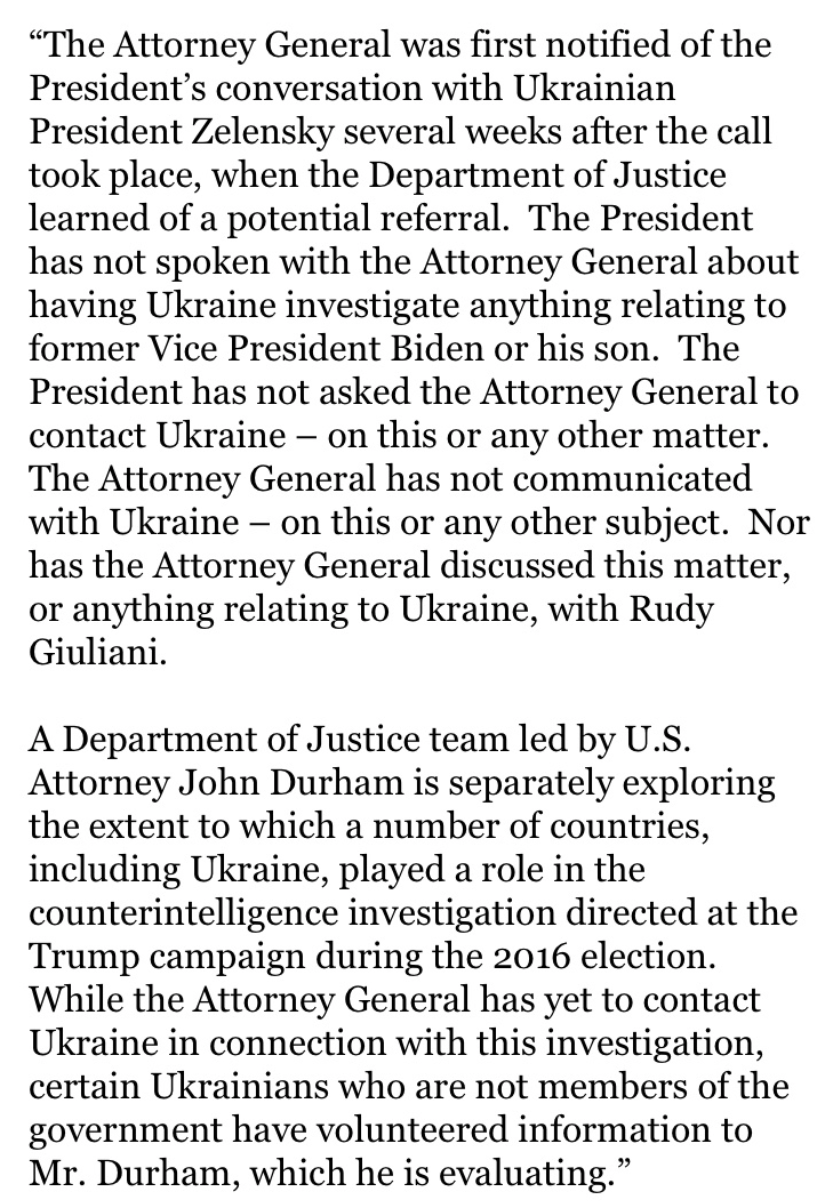 “Nor has the Attorney General discussed this matter, or anything relating to Ukraine, with Rudy Giuliani,” the statement said in part.

Earlier on Thursday, Kupec’s account retweeted a denial by Victoria Toensing, but that RT no longer appears on her feed at the time of this writing.

Toensing said Parnas “absolutely lied” that she and diGenova discussed “Ukraine corruption with Barr,” but admitted that there was discussion with Barr “about our own client.”