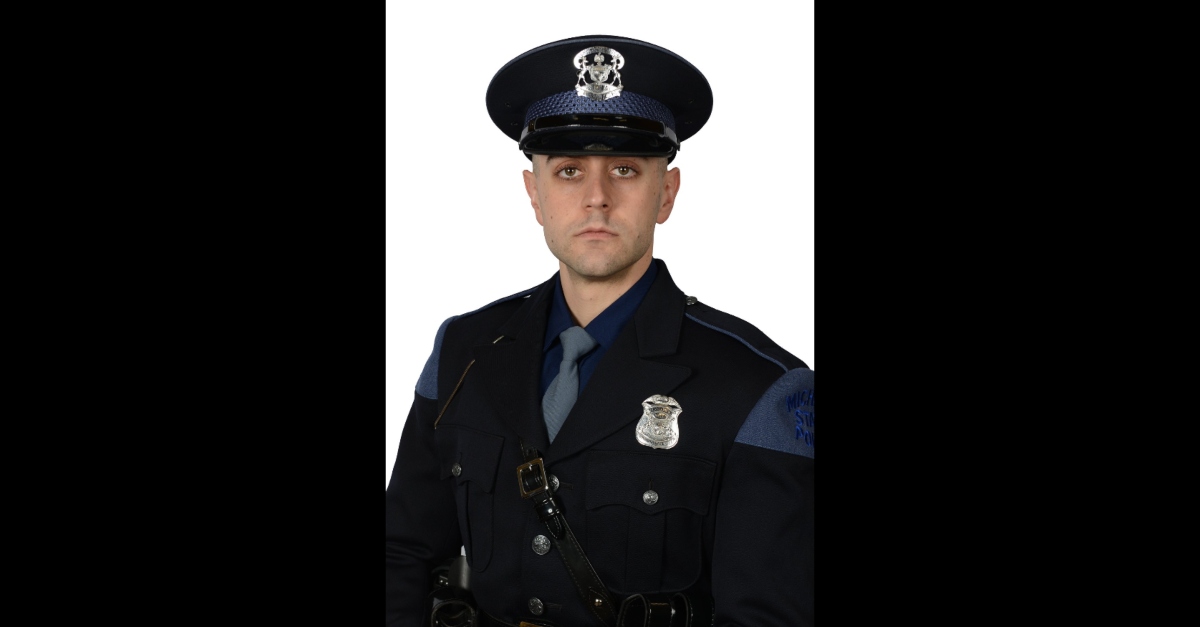 A 28-year-old woman has been charged after Michigan State Trooper Caleb Starr died in a vehicle crash that she allegedly caused.

The defendant has not been named, at least until her arraignment in Ionia County District Court, according to MLive. The charges stem from a July 10 crash. At the time, state police said that judging by their preliminary investigation, Starr, who was on-duty, was in his patrol vehicle when a 28-year-old Utah woman struck him with her vehicle.

He was the only occupant, and required extrication. Officials flew him by medical helicopter to Spectrum-Butterworth Hospital in Grand Rapids. The woman was taken to the same location by ambulance, authorities said. Both of them were in critical condition.

Cops announced Friday that Starr passed away. He is survived by his wife Rachael and their two young daughters.

“The Michigan State Police mourns the loss of not just a trooper, but a husband, father and dedicated public servant who had so much left to give in a life that was cut far too short,” said Col. Joe Gasper, director of the MSP.

Starr joined the agency in September 2018. He belonged to the 135th Trooper Recruit School.

In their announcement for his death, cops said that Starr was going westbound on Grand River Avenue when the woman, going east, crossed the centerline. As of Friday, the suspect was still believed to be hospitalized, but she was arrested Monday at a home in Ionia, according to MLive.