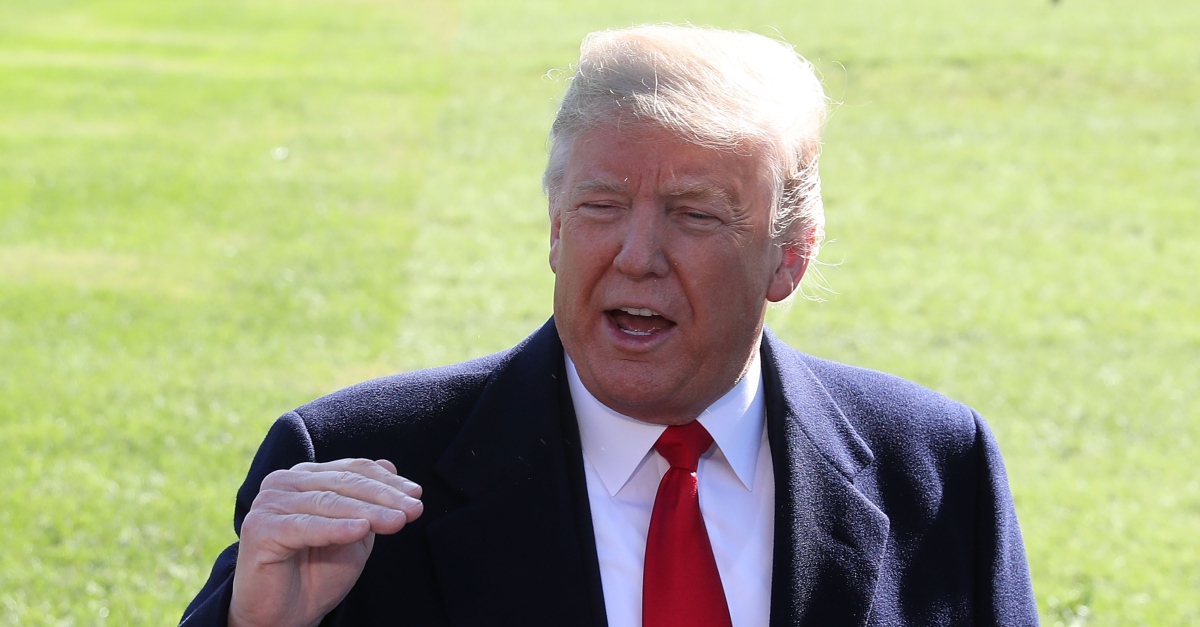 President Donald Trump has already declared victory when it comes to the findings of Special Counsel Robert Mueller’s report, but Attorney General William Barr has already said that Mueller didn’t exonerate Trump of obstruction of justice. Even still, Barr and Deputy AG Rod Rosenstein determined separately that the evidence wasn’t sufficient for such a charge. All of that is to say that there may be still be some damaging things revealed in the redacted version of Mueller’s report to be released on Thursday — and several current and former White House officials who dished on Trump are well aware of it.

The unnamed “more than dozen” officials referenced by NBC News are reportedly worried that Mueller’s report will basically expose them as snitches. They cooperated in the Mueller probe and appear to believe that being a witness against Trump will come back to haunt them.

A saving grace for them is that Barr has already promised to redact the Mueller report so as to not identify peripheral third parties or uncharged third parties. The officials in question have attempted to learn through their lawyers whether their cooperation will be exposed. So far, they haven’t had any luck with that.

One of the former officials worries about Trump’s “wrath.”

“They got asked questions and told the truth and now they’re worried the wrath will follow,” the person said. Still another unidentified source said there was a “breakdown-level anxiety” among the officials, since redactions might not even be enough to protect them. It was noted that it’s possible the report could be written a way where the name is hidden but the situation described or the information being divulged might obviously “appl[y] to just one person.”

It remains to be seen if Barr undersold the damaging details in Mueller’s report in his four-page letter. Some still believe that there will be impeachment-worthy content contained in the report.