Weinstein Lawyer Says, If She Were a Man, She Would Have Women Sign Consent Forms Before Sex 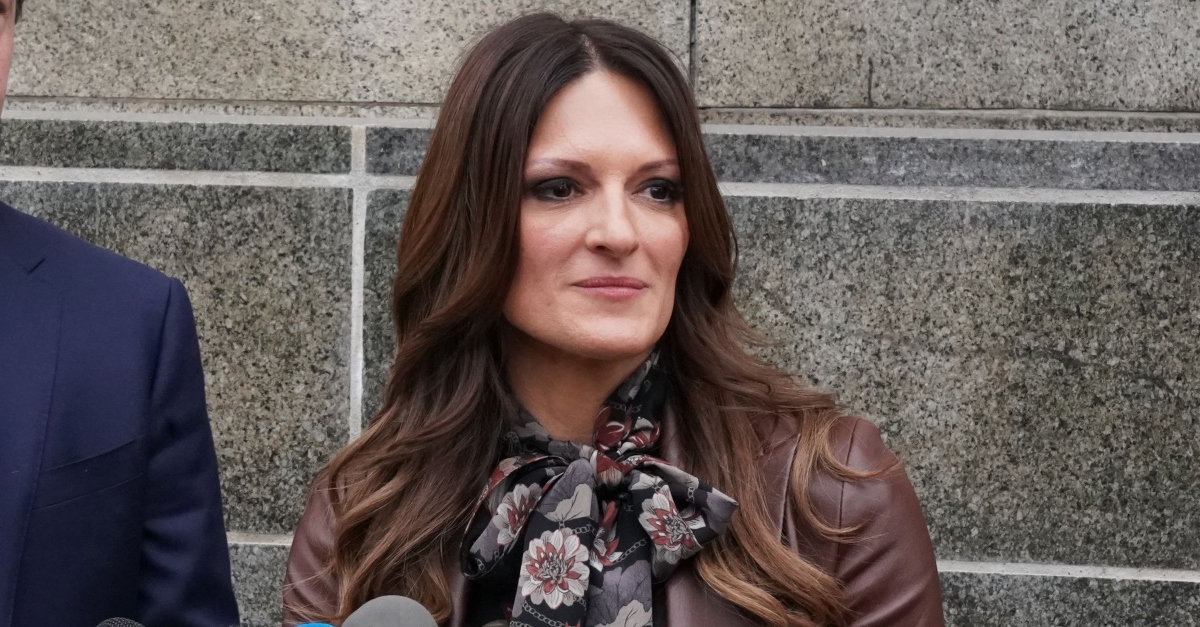 In a new interview, Donna Rotunno, an attorney for rape defendant Harvey Weinstein, said she was “dead serious” that if she were a man “in today’s world” she’d have women sign a consent form before having sex.

“I think men also need to be very clear about their intentions,” she told New York Times reporter Megan Twohey. “And if I were a man in today’s world, before I was engaging in sexual behavior with any woman today, I would ask them to sign a consent form.”

“You are being serious?” asked Twohey after a brief pause.

“I’m being dead serious,” said Rotunno, who made a name for herself representing men charged with sex crimes. “I’m being dead serious because how easy is it for two people to engage in behavior, and a day later, two days later, five days later, 27 years later, somebody say, ‘You know what, that’s not what that was’? Why not? Why not? Take all of the question out of it. Make it easier on everybody.”

The statement happens after the 27:10-mark in the February 7, 2020 episode of the Times podcast “The Daily.”

To be sure, Rotunno’s client Harvey Weinstein faces allegations from decades back. More than 80 women said he committed sexual misconduct against them. A New York jury will make decisions about two of them: the defendant allegedly sexually assaulted former production assistant Mimi Haleyi, and raped former actress Jessica Mann in 2013.

The defense is trying to show that these were consensual encounters, and that the women continued their relationships with Weinstein for years. Prosecutors suggested at opening statements that they are trying show that survivors’ responses to sexual assault are complicated. They brought up a forensic psychiatrist to debunk myths about rape.

#JessicaMann testimony touched on all of the stereotypes & misconceptions the State spoke about in the #HarveyWeinstein trial. However, with a jury that seems to be elder millennials or older, will their beliefs of what is or isn’t rape be shifted? pic.twitter.com/tsjdFojuWa

I was almost done interviewing Weinstein’s defense attorney when I decided to ask one more question: had she ever been sexually assaulted? “I have not,” she said at 23:50. “Because I would never put myself in that position.” Then things really heated up. https://t.co/l1ExsBCgHX

“I’ve always made choices from college age on where I never drank too much,” she said. “I never went home with someone that I didn’t know. I just never put myself in any vulnerable circumstance ever.”

Twohey asked Rotunno if she believed women who’d been sexually assaulted somehow put themselves in that position. For example, by having drinks, or agreeing to go to a hotel room.

“Absolutely not,” Rotunno said. “But just as we make smart decisions when we walk out on the street at night, I think you have to make the same decisions when you’re putting yourself in circumstances with other people. We walk out at night. We look around. We make sure we have our phones. Some people take mace. We take precautions.”

“Anything is possible,” she said. “It’s not about what’s possible. It’s about trying to, again, minimize the risk.” As an example, Rotunno brought up a hypothetical of a woman going out to a date with someone they didn’t know well, and going home with them while not prepared for what might happen.

“And then to leave, and say, ‘I had no idea that this person would maybe try to be sexual with me, or have a sexual advance,’ I think is naive,” she said.

Twohey suggested Rotunno was putting the burden of safety on women, “on potential victims in general.” She asked if the burden should rest on them, or perpetrators.

“I think it should rest equally,” she said.

Rotunno has said before that she believes that #MeToo movement has done women a disservice. In one instance, she said that a witness against Weinstein would be a good one because she’s an actress for a living.