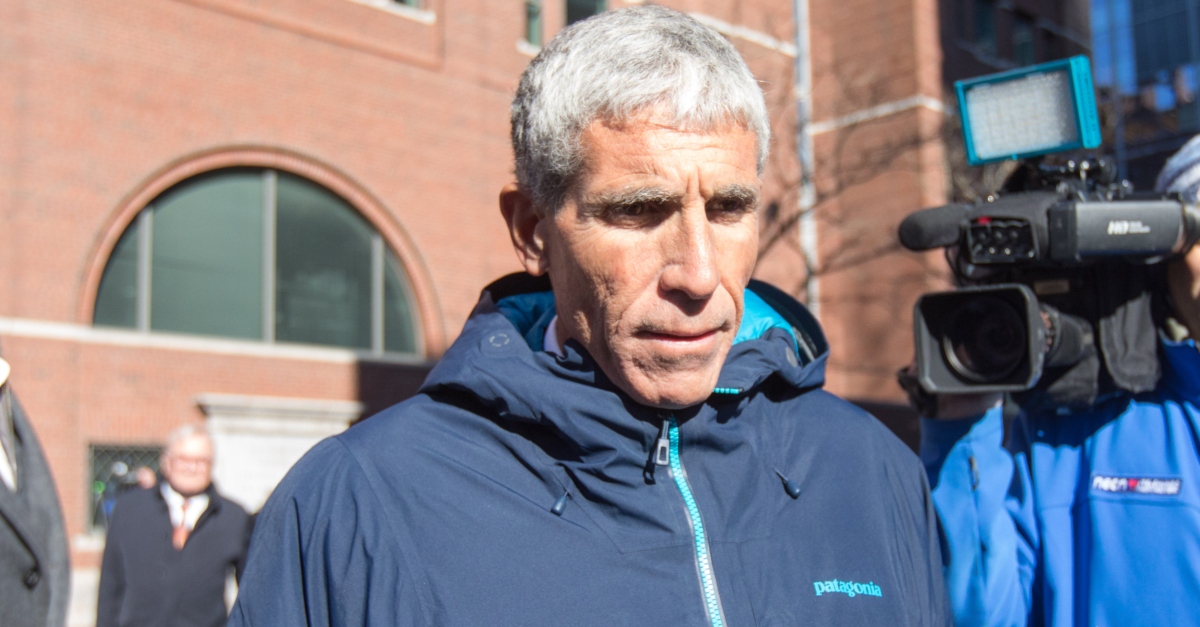 Two students at Stanford University are suing their school and others in response to the college admissions scandal that’s made national news. The students argue that the scheme devalued their education and that the schools failed to make sure the admission process was fair.

Prosecutors announced a slew of charges against defendants on Tuesday. Singer used his charity organization “The Key Worldwide Foundation” to collect bribes from wealthy parents who wanted to ensure that their kids got into the colleges of their choice. This allegedly involved bribery of school officials, and test administrators of the SAT and ACT. Singer flipped and pleaded guilty to racketeering conspiracy, money laundering conspiracy, obstruction of justice, and conspiracy to defraud the United States.

Singer implicated 49 others in the scandal, including 33 parents. Much of the attention immediately centered on actresses Felicity Huffman and Lori Loughlin.

Olsen applied to Yale, one of the schools named in the lawsuit. She reimbursed her parents for the $80 application fee. In the end, the school rejected her despite her high SAT and ACT scores, athletic talent, and varied extracurricular interests.

Olsen has also been damaged because she is a student at Stanford University, another one of the universities plagued by the fraud scandal. Her degree is now not worth as much as it was before, because prospective employers may now question whether she was admitted to the university on her own merits, versus having parents who were willing to bribe school officials.

Woods had a very similar story. She said that she applied to USC, but was rejected despite her strong test scores and athletic background, according to the lawsuit. This plaintiff is suing Stanford for the same stated reason as Olsen:

Like Olsen, Woods has also been damaged because she is a student at Stanford University, another one of the universities plagued by the fraud scandal. Her degree is now not worth as much as it was before, because prospective employers may now question whether she was admitted to the university on her own merits, versus having rich parents who were willing to bribe school officials.

A spokesperson for USC said the school has yet to release comment on the matter.

“We believe the lawsuit filed by the students against Stanford is without merit,” said a statement from Stanford. “We take the issues raised through the events of this week very seriously. While we continue to closely examine our policies and processes to see if improvements should be made, we stand behind the integrity of our admissions process.”

“Like many students and families across the country, we are also outraged that parents, outside actors and university employees may have committed fraud surrounding admissions at universities,” University of Texas spokesperson J.B. Bird said. “The University of Texas has a thorough, holistic admissions process. The actions alleged by federal prosecutors against one UT employee were not in line with that policy and may have been criminal. They do not reflect our admissions process.”

The University of San Diego also gave a statement.

“While we do not comment on pending litigation, our commitment to ethical conduct and integrity in our admissions policies and processes is unwavering,” the statement read. “The university is conducting an investigation into the allegations. If the investigation reveals wrongdoing by individuals associated with the university, we will take appropriate action to address those concerns and to prevent them from recurring.”

“The ongoing federal investigation has publicized wrongdoing by one Yale coach who participated in this scheme; however, I have decided that we must conduct our own searching review in order to learn whether others have been involved in activities that have corrupted the athletic recruitment and admissions process,” said a statement from Yale president Peter Salovey. “We will retain external advisors to assist us. They will be asked to recommend changes that will help us detect and prevent efforts to defraud our admissions process. As part of this review, we will specifically examine the practices of commercial admissions consultants, whose work is conducted out of the view of admissions officers.”

Representatives for the other defendants did not immediately respond to a Law&Crime request for comment.

Note: Updated with statement from the University of San Diego, Stanford, and Yale.