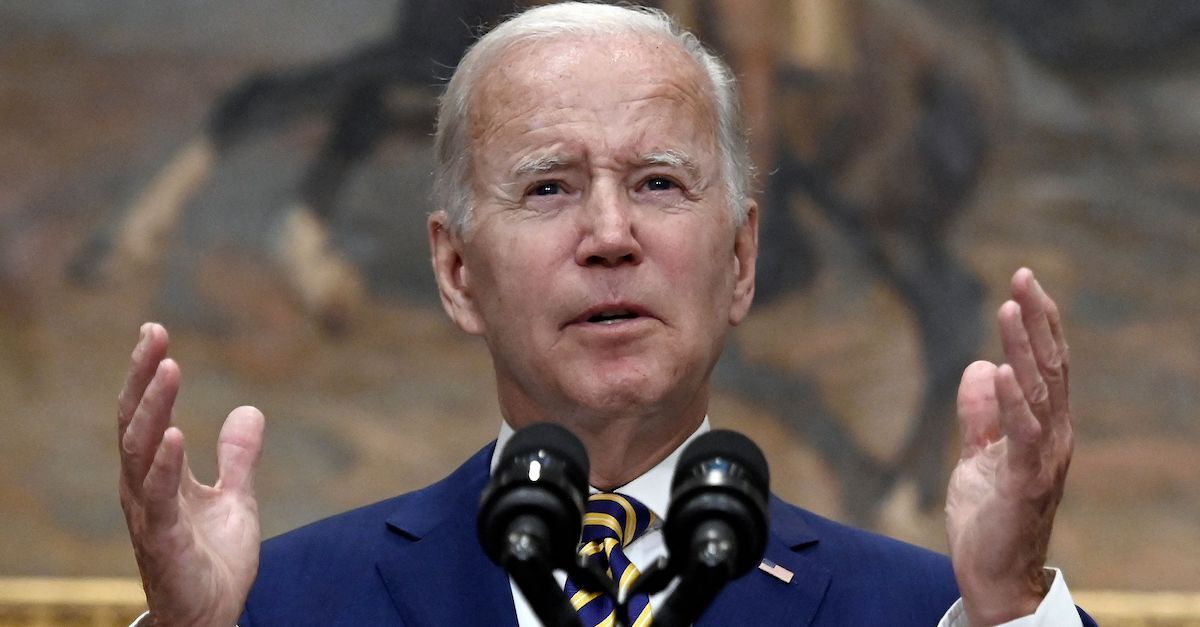 US President Joe Biden announces student loan relief on August 24, 2022, in the Roosevelt Room of the White House in Washington, DC. – Biden announced that most US university graduates still trying to pay off student loans will get $10,000 of relief to address a decades-old headache of massive educational debt across the country.

A federal court of appeals in St. Louis on Monday issued a nationwide injunction temporarily blocking the Biden administration from moving forward with broad-based student loan debt relief in a major setback to a key aspect of the 46th president’s domestic agenda.

A coalition of Republican-controlled states including Arkansas, Iowa, Kansas, Missouri, Nebraska, and South Carolina, sued in federal court and initially lost at the district court level where a judge said the states had no standing to sue because they had identified no harm from the debt relief plan. The GOP states appealed and the 8th Circuit Court of Appeals granted an administrative stay quickly after the district court dismissed their lawsuit in late October of this year.

In a 6-page opinion and order, three Republican-appointed circuit judges extended that pause in the form of an injunction pending appeal – meaning that debt relief is likely barred until the full 8th Circuit reverses the order or the U.S. Supreme Court does the same.

The decision penned by George W. Bush-appointed Judge Bobby Shepherd (and joined by Donald Trump-appointed Judges Ralph R. Erickson and L. Steven Grasz) only briefly touches on the merits of the lawsuit filed by the GOP states.

“Among the considerations is the fact that collection of student loan payments as well as accrual of interest on student loans have both been suspended,” the opinion says. “We conclude ‘the equities of this case require the court to intervene to preserve the status quo pending the outcome’ of the States’ appeal, and that the States have satisfied the standard for injunctive relief pending review.”

The majority of the opinion, however, finds that the Missouri Higher Education Loan Authority (MOHELA) would, in fact suffer harm under Biden’s student loan debt relief program – which provides borrowers $10,000 worth of debt forgiveness under a certain income threshold. Other borrowers who received Pell Grants are entitled to $20,000 in loan debt relief.

The opinion goes on to note that the Lewis and Clark Discovery (LCD) Fund was also created by the Show-Me State legislature. One state law, the opinion notes, directs MOHELA to distribute $350 million “into a fund in the State Treasury” for a program created by the LCD Fund’s originating statute which is dedicated to funding “capital projects at public colleges and universities.”

The court notes the upshot of all these interlocking statutes:

[E]ven if MOHELA is not an arm of the State of Missouri, the financial impact on MOHELA due to the Secretary’s debt discharge threatens to independently impact Missouri through the LCD Fund. It is alleged MOHELA obtains revenue from the accounts it services, and the total revenue MOHELA recovers will decrease if a substantial portion of its accounts are no longer active under the Secretary’s plan. This unanticipated financial downturn will prevent or delay Missouri from funding higher education at its public colleges and universities. After all, MOHELA contributes to the LCD Fund but has not yet met its statutory obligation.

“Due to MOHELA’s financial obligations to the State treasury, the challenged student loan debt cancellation presents a threatened financial harm to the State of Missouri,” the opinion continues. “[W]e conclude Missouri has shown a likely injury in fact that is concrete and particularized, and which is actual or imminent, traceable to the challenged action of the Secretary, and redressable by a favorable decision. Missouri, therefore, likely has legal standing to bring its claim.”

A district judge in Fort Worth, Texas previously blocked the debt relief plan from taking effect, in a much more dramatic opinion that compared President Joe Biden’s debt relief program to “tyranny.”

The Biden administration has signaled its intent to appeal that lower court decision and will likely appeal the 8th Circuit’s ruling as well.