No Charges Against Cops in Adam Toledo, Anthony Alvarez Deaths 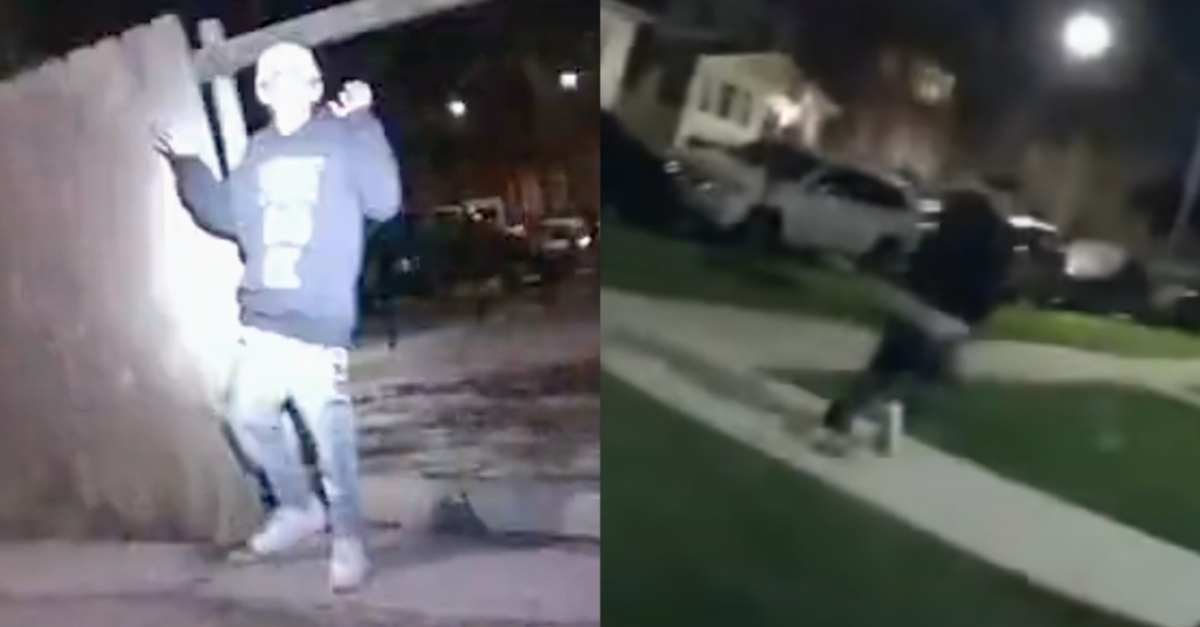 Prosecutors in Chicago, Illinois, are declining to charge the two police officers who shot and killed a Hispanic teenager and Hispanic man in incidents just two days apart in late March 2021. The family of the teen has sued.

The Office of State’s Attorney Kim Foxx on Tuesday said “the evidence is insufficient to support criminal charges” against either of the officers who pulled their respective triggers. Jurors “could reasonably conclude” that both Officer Eric Stillman and Officer Evan Solano were in reasonable fear of dying or getting seriously injured when they respectively opened fire on Adam Toledo, 13, and Anthony Alvarez, 22, both of whom had guns but were running from officers. Toledo had dropped his and surrendered right when Stillman shot him.

“Every shooting death in our city–every loss of life–is a tragedy,” Mayor Lori Lightfoot said in a statement. “The loss of Adam Toledo and Anthony Alvarez remains tragic and painful for their families, loved ones, and friends. We must continue to support the families of Adam Toledo, Anthony Alvarez, and their respective communities as they continue to grieve. Keeping their communities, as well as the rest of Chicago safe, remains the top priority for me and my administration. However, in order to accomplish this, trust must be a two-way street between our residents and our officers.”

The 13-year-old’s parents said in a complaint that Stillman chased, shot, and killed their son without justification.

According to prosecutors, Stillman and Officer Corina Gallegos responded to a ShotSpotter alert showing that eight gunshots were fired. They arrived, finding Adam Toledo and a man identified as Ruben Roman, 21, walking side by side on the 2300 block of South Sawyer Avenue. Toledo and Roman ran, prosecutors said.

The officer saw that the teenager had a gun. He told him to drop it.

Toledo was pronounced dead at the scene.

As far as prosecutors were concerned, the pivotal moment happened in a split second. They said they cannot show that Stillman knew the boy dropped the gun.

Toledo’s parents, however, said the officer violated a foot pursuit training bulletin by separating from Gallegos to chase their son, and by unholstering his gun. They criticized him for shining a weapon-mounted strobe light at Toledo, while commanding him to stop and show hands at the same time.

“STILLMAN unreasonably failed to issue clear, direct commands that would have de-escalated and slowed down the situation,” they wrote. The officer shot their son while the 13-year-old’s hands were up in the “surrender” position.

They also said he failed to help their son in a timely manner.

“After shooting ADAM, STILLMAN radioed for medical assistance but failed to immediately render adequate lifesaving aid,” the complaint said. “Instead, while ADAM laid on the ground bleeding out in agony, STILLMAN kneeled over him for more than one minute, and prior to initiating CPR failed to apply a chest seal in order to stop the flow of blood.”

The city failed for years to address flaws in their use of force and foot pursuit policies, the complaint said. This led to Toledo’s death, his parents said.

“But for the CITY’s willful failure to timely implement an appropriate foot pursuit policy, and adequately train and supervise its police officers, ADAM would still be alive today,” the complaint stated.

The city of Chicago did not immediately respond to a Law&Crime request for comment on the lawsuit, but Lightfoot referenced the foot pursuit policy in her statement.

“As part of our commitment to reform, over the past year, we have implemented a new foot pursuit policy and have begun working alongside community partners and the City Council to create the new civilian police oversight body,” she said. “But there remains much more to do.”

Prosecutors also exculpated Officer Solano for killing Anthony Alvarez, but did take him to task, saying he violated foot pursuit policy. Officers did not even have to chase the 22-year-old in the first, they said. Nonetheless, they declined to press charges, citing the totality of circumstances. Solano and Officer Sammy Encarnacion saw Alvarez walking on the sidewalk on Laramie Avenue. They knew him from earlier encounters, including him fleeing when they tried to do a traffic stop the previous night.

Alvarez slipped in the front yard of the home at 5200 W. Eddy St., and he tried to getting up while holding a cell phone and gun, but slipped a second time, prosecutors said. Solano saw him with the gun.

“Officer Solano immediately drew his handgun and ordered Alvarez to drop the gun,” prosecutors wrote. “While running with the handgun in his right hand and a cell phone in his left hand, Alvarez looked back towards Officer Solano. Officer Solano fired five consecutive shots at Alvarez while veering to the left, away from Alvarez. Alvarez was struck twice, once in the back and once in the left thigh. Upon reaching the front steps of 5202 W. Eddy, Alvarez released the gun from his hand and collapsed to the ground.”

As seen on body cam video, Solano opened fire as Alvarez was running away.

“Why are you shooting me?” said the dying Alvarez.

“Because you had a gun,” said Solano.

[Warning: This video is disturbing.]

Prosecutors reasoned that jurors could determine that Solano reasonably thought he and Encarnacion were in apparent danger of death or serious injury. Alvarez ignored verbal commands and his continuing to run increased the officers’ suspicion that he might have a gun.

In the moment, Solano thought Alvarez was ambushing him and was about to shoot, prosecutors said.

Despite this analysis, the prosecution took officers to task, saying they escalated the situation unnecessarily.

“First, it was unnecessary for the officers to stop and engage with Alvarez, who was walking through a gas station parking lot holding food and drink,
and not committing any crimes that were readily apparent to the officers at that time,” prosecutors said. “The evidence has uncovered that, as this encounter occurred during the Covid-19 pandemic, Alvarez would not have been arrested for the traffic offenses committed the night before.”

Officers also knew Alvarez’s address and could have gone there later, prosecutors added.

Prosecutors also said that Solano violated foot pursuit policy by rounding corners blind without assessing danger, and not creating distance or waiting for Encarnacion when he saw Alvarez with a gun.