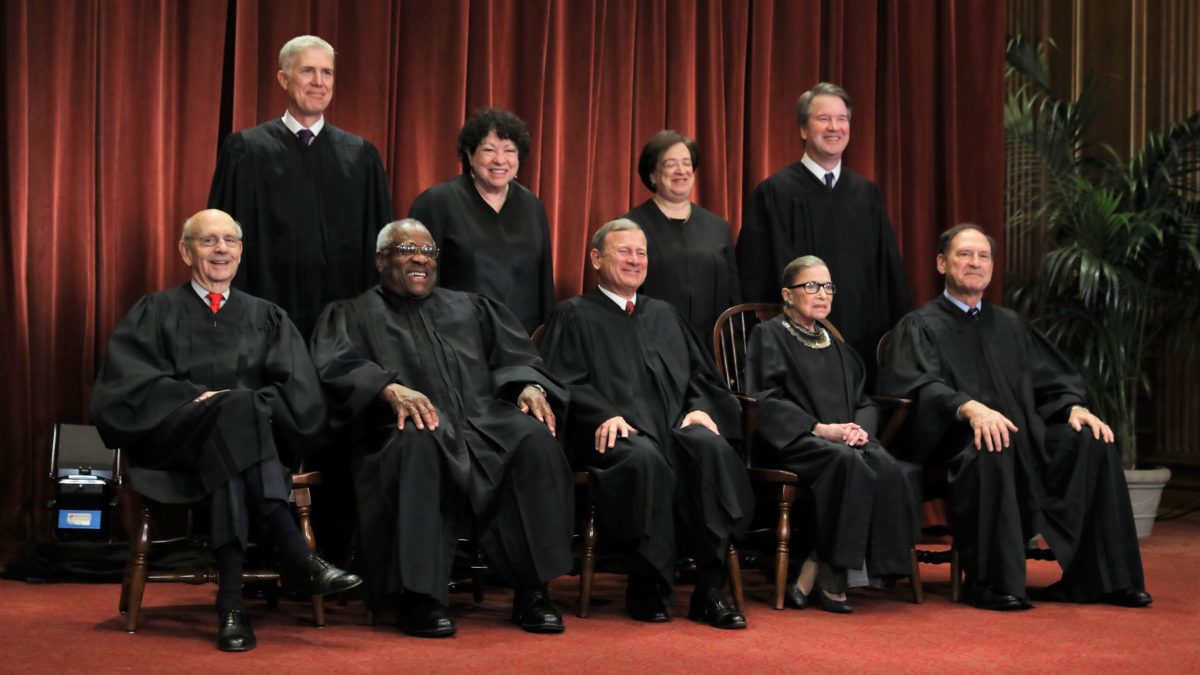 As the justices on the Supreme Court heard oral arguments as to whether the Trump administration can unilaterally end the DACA program, they couldn’t seem to stop interrupting one another and the lawyers involved in the extremely consequential proceedings.

Given the stakes of the case at hand — hundreds of thousands of “Dreamers” could be without a home — and given the rules governing arguments before the Supreme Court, it’s understandable that some of the parties involved would be anxious to make their points. But Tuesday’s proceedings seemed to reach a comical level of interrupting and apologizing, with eight such interactions in less than 90 minutes.

According to the transcript, the interruptions began within the first five minutes of oral arguments when Chief Justice John Roberts interrupted Solicitor General Noel Francisco mid-argument.

“And this Court found that that decision was committed to the agency’s unreviewable discretion. Here, we are likewise making alternative legal and policy arguments,” Francisco said, only finishing the first point of his argument.

“What’s your -” Roberts interjected, before Francisco spoke over him to start his second point, “But, secondly-”

This led to the first apology of the day, as Roberts said, “Oh, I’m sorry. Go ahead.”

A second exchange included Justices Sonia Sotomayor and Neil Gorsuch apologizing to each other:

JUSTICE SOTOMAYOR: May I ask –

JUSTICE GORSUCH: If I –

JUSTICE SOTOMAYOR: No, no, continue.

MONGAN: I think those are what we have focused on in this case and that –

JUSTICE GORSUCH: Well, counsel, I — I’m sorry to interrupt there, but I actually had understood your answer on the second one to be different when you were posed that question by Justice Kagan.

Just moments later the reporter literally included the audible laughter in the transcript that resulted from Justices Brett Kavanaugh and Elena Kagan co-interrupting Francisco as he argued why the administration’s decision to end DACA wasn’t arbitrary and capricious:

FRANCISCO: […] likewise would have failed arbitrary and capricious review because there is not a single word in the DACA memo itself or the DAPA memo itself explaining any of the potential costs or benefits or impacts on other people that the implementation of the –

GENERAL FRANCISCO: — DACA program would have had.

GENERAL FRANCISCO: I’ll take either one, Your Honor.

But despite the congenial tone of the proceedings, multiple reports suggested said the Court’s five conservative justices seemed likely to side with the Trump administration. Such a decision, which is expected to be handed down in the spring of 2020, would allow the president to end the program. This would mean more than half a million young undocumented persons who were brought to the U.S. as children would be in jeopardy of being deported.