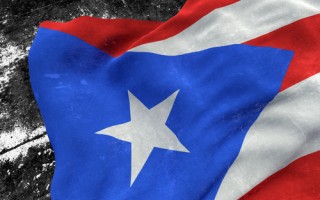 According to the laws of double jeopardy, a person can’t be prosecuted for the same actions under similar laws more than once. The exception to that is if the different cases are brought by separate sovereigns. The Supreme Court ruled, in a decision handed down on Thursday, that Puerto Rico doesn’t qualify as a separate sovereign from the federal government, even though individual states are.

The case, Commonwealth of Puerto Rico v. Sanchez Valle et al, centers on Luis Sánchez Valle and Jaime Gómez Vázquez, who were indicted in Puerto Rico for selling guns to an undercover officer, violating the Puerto Rico Arms Act of 2000. Federal grand juries indicted them for the same thing under similar U.S. laws, and they both pleaded guilty in the federal cases. They moved to have the Puerto Rico cases against them dismissed under double jeopardy, but Puerto Rico argued that double jeopardy didn’t apply, because they’re a separate sovereign from the U.S. government.

The opinion, written by Justice Elena Kagan, differentiated Puerto Rico from states, saying that it all comes down to the source of sovereignty. Kagan wrote that “States rely on ‘authority originally belonging to them before admission to the Union and preserved to them by the Tenth Amendment,'” quoting a 1985 case that says each state is a separate sovereign from other states. Similarly, Native American tribes are separate sovereigns. Puerto Rico, on the other hand, while having their own constitution and government, received the power to have self-rule from Congress in 1950.

So even though Puerto Rico has sovereignty in terms of having self-rule, that sovereignty comes from the federal government so it isn’t separate. Kind of like a municipality not being separate from a state, because they get their power from the state. Therefore, double jeopardy still applies.

The decision is sure to add fuel to the fire in the debate over whether Puerto Rico should become the 51st state, as statehood would give them ‘separate sovereign’ status.