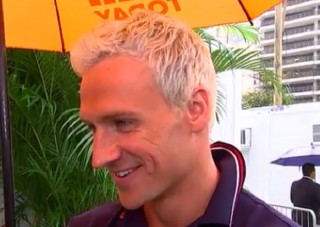 The media has been buzzing all week about the alleged robbery of U.S. swimmers Ryan Lochte, James Feigen, Gunnar Bentz, and Jack Conger. But reports of contradicting accounts by the swimmers, and even inconsistencies in Lochte’s own story are raising doubts over whether it actually happened.

When reports first surfaced on Sunday, the International Olympic Committee denied them, even claiming that Lochte said they were false. Later that day, however, Lochte told NBC’s Billy Bush that he and the other swimmers had been robbed, and went into detail about what happened. He and Feigen also spoke to Brazilian police, but that’s when things took a turn. Officials say that Lochte and Feigen gave contradicting accounts, leading them to question once again whether they robbery was made up.

In a conversation on Wednesday, Lochte told NBC’s Matt Lauer that the robbery did take place and that he would cooperate with the investigation, even though he is back in the U.S. Lochte said officials could reach him through his agent or attorney. He said that when he had spoken to authorities, no one questioned his truthfulness, and that they did not ask many questions. He did alter his story, though.

Originally Lochte had said that the taxi that the swimmers were in had been pulled over, and that a gunman held a firearm to his forehead. On Wednesday, however, Lochte reportedly told Lauer that he and his teammates had gotten into the taxi and the driver wouldn’t move. He also told Lauer that the gunman didn’t hold the weapon to his head, but just pointed it in his direction. Lochte added that he originally didn’t want to report the story at all, because he was afraid that he and his teammates had broken rules by being out so late. He said he only reported it after he realized they hadn’t committed a violation.