Rubio and Cruz Should Stop Bragging, Their Tax Disclosures are a ‘Joke’ | Law & Crime

Rubio and Cruz Should Stop Bragging, Their Tax Disclosures are a ‘Joke’ 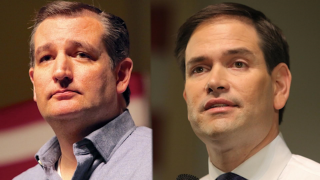 Marco Rubio and Ted Cruz are both very quick to boast that—unlike their rival Donald Trump—they’ve released their tax returns. Cruz has been especially tough on Trump now claiming Trump’s tax returns may even include ties to the mob. On Rubio’s website, his disclosures have the headline, “Here are Marco Rubio’s Tax Returns. Where are Trump’s?”

Okay, wait a minute now! Maybe Cruz and Rubio should hold off their bragging just a bit. They actually didn’t release their FULL returns at all. As one of our tax law experts pointed out, both Cruz and Rubio only disclosed the first two pages of their returns—just the Form 1040 without any of the back up forms or schedules. Most of what is in their returns still remains a secret.

“The disclosure by both Cruz and Rubio is a joke,” said Robert Barnes, a Los Angles-based tax attorney. “The key is the schedule C and their itemized deductions, both of which are missing from their disclosures and still hidden from the public, even though they were in public office during this time period. All of the information that would reveal the truth of Cruz and Rubio’s financial activities remain hidden. If Rubio and Cruz held themselves to the same standard they demand of Trump, they would have disclosed it all, not hidden their most important tax documents for political disclosure purposes.” Barnes, by the way, is not a Trump supporter.

So what did we learn about Senator Rubio from his tax return summaries? Not a whole lot.

Cruz released 2010 through 2014 summaries. Cruz and his wife paid $1.5 million in federal income taxes from 2011 through 2014—with gross income totaling more than $5 million. Their average federal tax rate over the four years was 29.9% according to Bloomberg Politics. As the website points out, we don’t know how much income can be attributed to Heidi Cruz. .

By contrast, Hillary Clinton released her FULL returns back in July. That’s why we know so much about Clinton’s speaking fees. If you go to Clinton’s campaign website, you will find a 44-page return for 2014 alone. That includes her 1040 summary and lot more. Her returns showed that the Clintons made almost $28 million last year and paid about 36% in federal taxes. But as Politico reports, it showed more than that including that Clinton used a limited liability company—ZFS Holdings, LLC—to receive her speech income and royalties from her books.

And, of course, during the 2008 election, Mitt Romney received much criticism after he released his FULL tax returns which showed he that he was taxed at a rate of 14% after earning $21.7 million in 2010. His statement from 2011 was 50 pages long.

Releasing a summary like Cruz and Rubio is kind of like releasing a load of dry legal jargon without any of the important details or facts to back it up. So Cruz and Rubio can certainly brag about being transparent, but we still don’t know much about their finances either.

“It doesn’t mean Cruz and Rubio have anything to hide, but it’s nowhere near a complete disclosure of their tax returns,” Robert Kovacev told LawNewz.com. Kovacev is a former prosecutor with the U.S. Department of Justice, Tax Division.

Barnes, the longtime tax attorney, on the other hand, thinks there could be more to it.

“There must be something bad in there because given how much their criticized Trump, they would have disclosed more,” Barnes said.