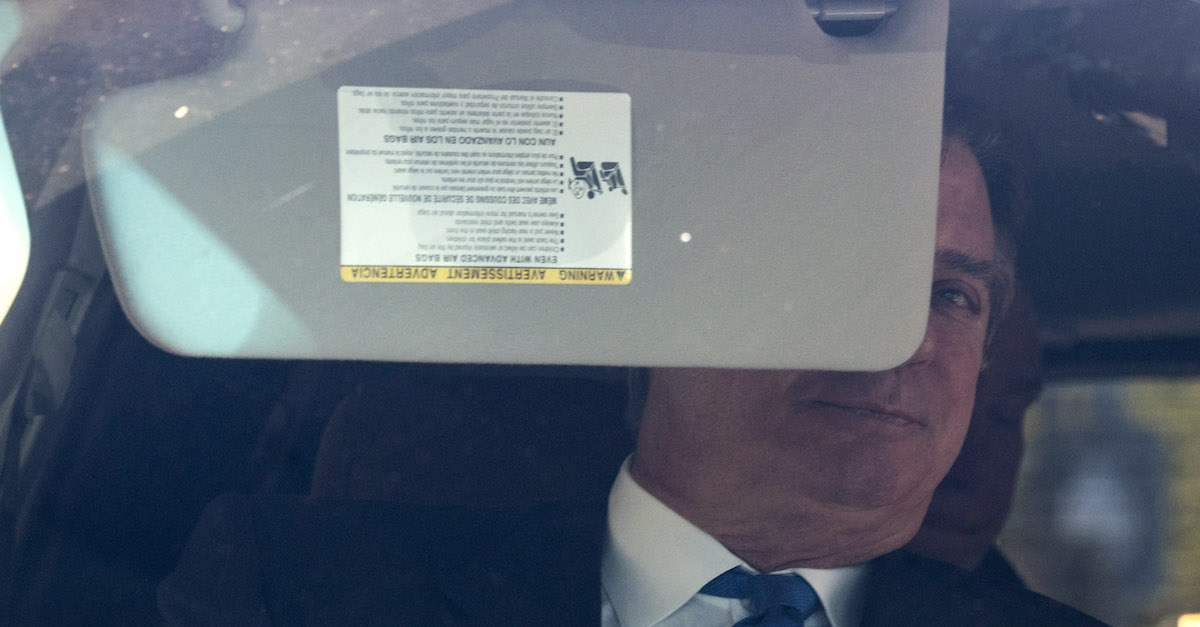 The fireworks were pretty tame to start, as special counsel Robert Mueller‘s prosecutors amusingly revealed that Manafort bought a $15,000 ostrich jacket. After that, it was Team Manafort’s turn to speak, and they made it quite clear that former deputy Trump campaign chairman Rick Gates is the person who is really at fault here.

Manafort’s lawyer Thomas Zehnle said his client “plac[ed] his trust in the wrong person,” that person being Gates.

NEW: In opening statement, Paul Manafort’s lawyer put the jury’s focus on Rick Gates, branding him as a liar and saying Manafort’s “trust in Rick Gates was misplaced.” https://t.co/SfPXHBzAXV

“This is about Paul Manafort placing his his trust in the wrong person: Rick Gates,” Zehnle told the jury.

Gates, you may recall, pleaded guilty to conspiracy and lying to the FBI and then saw charges dropped by Mueller. This kind of thing does not happen unless the defendant has something to tell prosecutors that may be useful in other areas. Whatever dirt he provided Mueller on Manafort has been seen as the key to that deal.

Former federal prosecutor Renato Mariotti explained that this is a “classic defense argument” from Manafort’s team.

This is a classic defense argument. Gates is the government’s witness, so blaming him is an obvious move. It is unlikely to succeed in this case, but it is a typical defense strategy because the defense needs to both take down Gates and offer the jury an alternative explanation. https://t.co/NZtGDl6tHd

It’s not surprising that Manafort is blaming Gates. The defense has to provide the jury with an alternate explanation, and Gates is an obvious target.

This may seem like a desperate strategy, but we already knew that Manafort was in a very tough spot. So no surprise there.

“It’s not surprising that Manafort is blaming Gates. The defense has to provide the jury with an alternate explanation, and Gates is an obvious target,” Mariotti said. “This may seem like a desperate strategy, but we already knew that Manafort was in a very tough spot. So no surprise there.”

As CNN legal analyst Ross Garber noted in light of all of this, Gates’ cross examination would be a particularly compelling component of this trial.

The Rick Gates cross exam is going to be a doozy. https://t.co/E8DzMhNyl1

Gates and Manafort have a long history of working together going back to the ’90s, when Gates was an intern. Fast forward 20 years, and they were doing political consulting work together in Ukraine.

This isn’t the only trial Manafort has on his schedule. A separate Washington, D.C. trial is scheduled to begin in September.