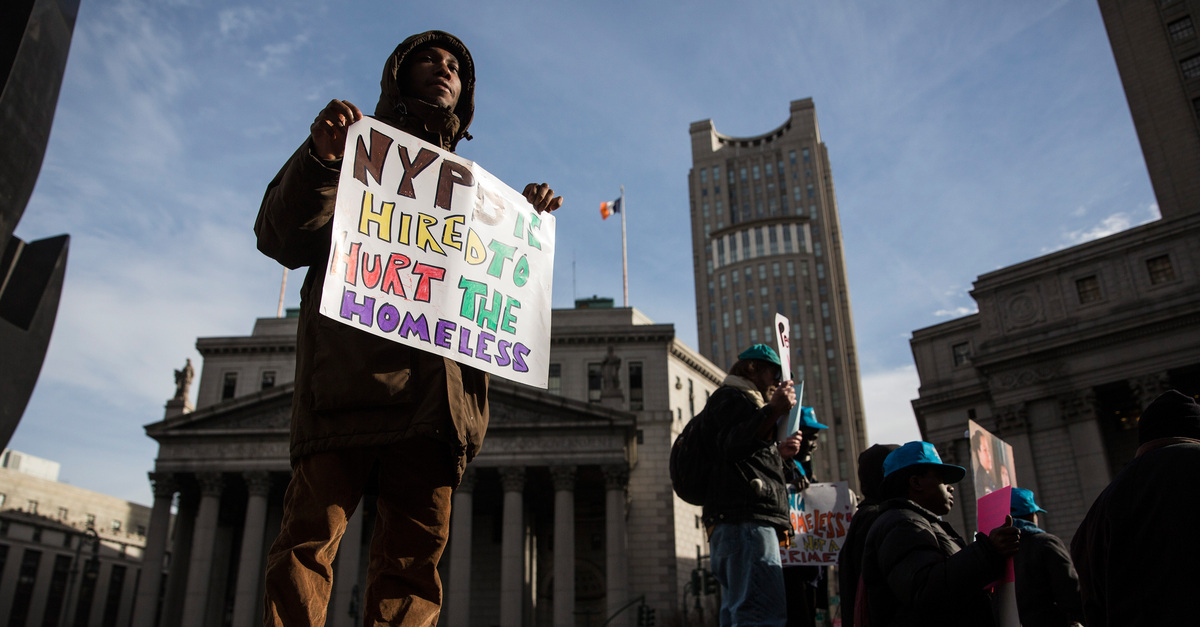 Four homeless men were cruelly beaten to death on the frigid streets of Chinatown in Manhattan early Saturday morning. A fifth man is currently in critical condition with a massive head wound, according to officials with the New York City Police Department (NYPD).

“Hey Charlene [sic] and Bill,” the SBA’s official and verified account tweeted, “hows [sic] that mental health program working out for you in the safest city in America?”

4 homeless men found murdered in Chinatown, suspect in custody https://t.co/gElBZK69WR via @nypmetro Hey Charlene and Bill…hows that mental health program working out for you in the safest city in America?

The SBA, which claims to represent some 13,000 active and retired NYPD sergeants, doubled down in a subsequent tweet.

“If you can’t give sanctuary to those who truly need help….then what hope do they have?” the SBA tweeted. “Message to all homeless….Turn back…No Sanctuary to be found here in NYC!”

The posts were not so well-received.

“Dam [sic] wish our city had some organization whose job it is to prevent mass murders from happening in the streets,” another Twitter user quipped.

The shocking and tragic loss of life quickly kicked the blogosphere into high-gear. Financial doomsday website Zero Hedge labeled the killings an “‘American Psycho’-Style” attack and reported there was “a new ‘American Psycho’ prowling the streets of New York City.” That labeling was incorrect on at least two counts.

In fact, the NYPD quickly caught up with the alleged killer. And quite far from a page out of Bret Easton Ellis‘s classic Wall Street satire, the suspect arrested was also homeless.

According to the New York Daily News, 24-year-old Randy Rodriguez Santos was taken into custody within hours of the 1:45 a.m. slayings “as he walked near [Chinatown’s major thoroughfare] Canal St. with the murder weapon resting on his shoulder.”

Law&Crime reached out to the SBA for comment on this story and why they felt it necessary to blame anyone in city government for the murders. We will update this space if we receive a response.