Chicago’s Civilian Office of Police Accountability released on Thursday body-cam video showing an officer shooting and killing 13-year-old Adam Toledo. We have embedded this vantage point above. Footage begins without audio, but this audio turns on at about the 1:58-mark, seconds before the fatal shooting.

As previously reported, an officer shot and killed Toledo early March 29. Police said they had been responding to a report of gunfire. Officers said they saw “two subjects in a nearby alley.” Cops said at the time that they recovered a gun from the scene.

As seen on video, the officer who opened fire drove to the scene, and hurried out of the vehicle. The officer has been identified as Eric Stillman. He ran past what seemed to be a bystander, and continued down the alleyway. He turned on the audio.

It’s at this moment that Toledo appeared to have his back to the officer.

“Hey, show me your fucking hands!” said the officer.

Toledo turned. His hands were pointed up. 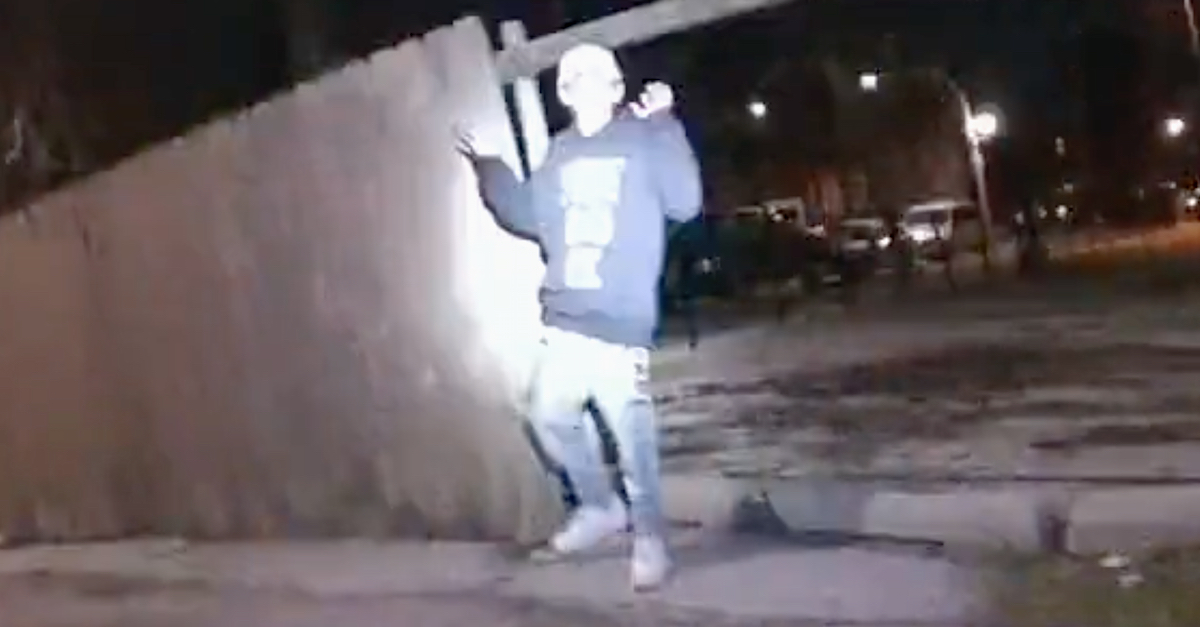 At the 2:05-mark of the video, the second the shooting occurred, it does not appear that a gun is in Toledo’s hands. After the shooting, police referred to this as an “armed confrontation” and said that a gun was recovered from the scene. 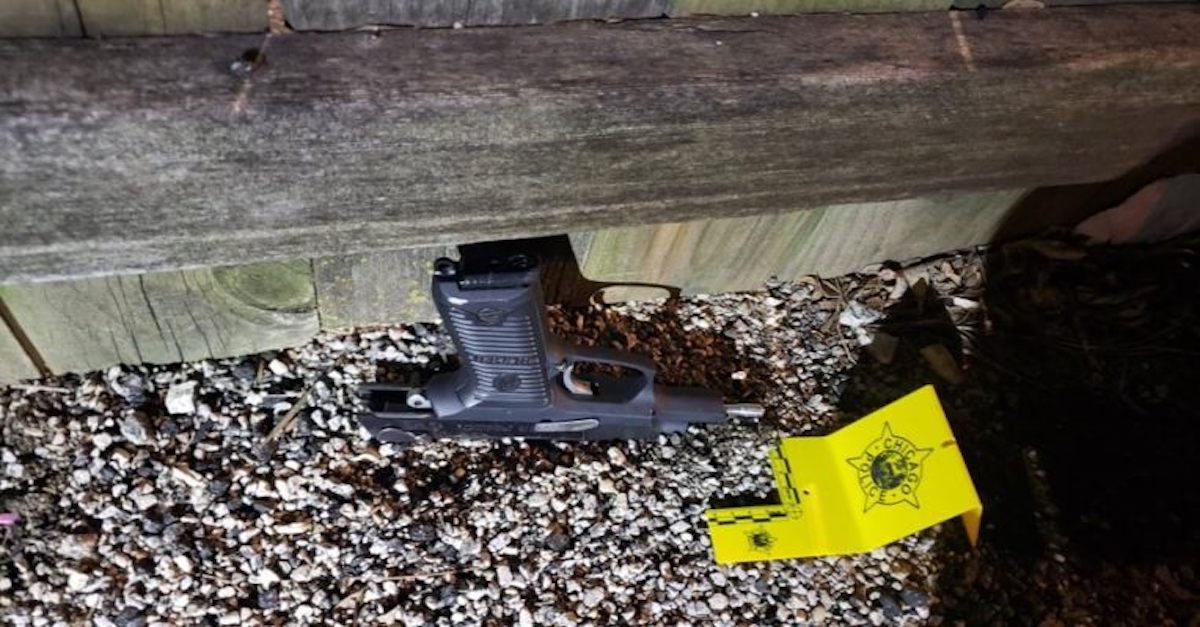 The firearm Chicago Police say was recovered behind a wooden fence at the scene where an officer shot and killed Adam Toledo.

Before release of the video, the office of the Cook County State’s Attorney walked back a statement made by prosecutor James Murphy, who asserted Toledo had a gun in his right hand when he was shot.

“An attorney who works in this office failed to fully inform himself before speaking in court,” spokesperson Sarah Sinovic told WGN on Thursday.

As seen on video, the officer approached the dying teen, and called dispatch for an ambulance. He told others there was a sucking chest wound; he performed chest compressions for a while before another person took over.

“Videos released today have not been edited in any form, however redactions protecting personal and private identifying information have been made,” COPA said in a statement. “COPA’s commitment and practice since inception, is to release video and other materials in an objective and transparent manner, without commentary or narrative and in their original state as captured during the incident. Release in this manner is necessary to avoid even the slightest appearance of bias or prejudgment in advance of the completion of our investigation. Finally, videos released today are identical to those reviewed by the family and their representatives on April 13, 2021 at COPA’s headquarters.”

You can see other body-cam footage below.