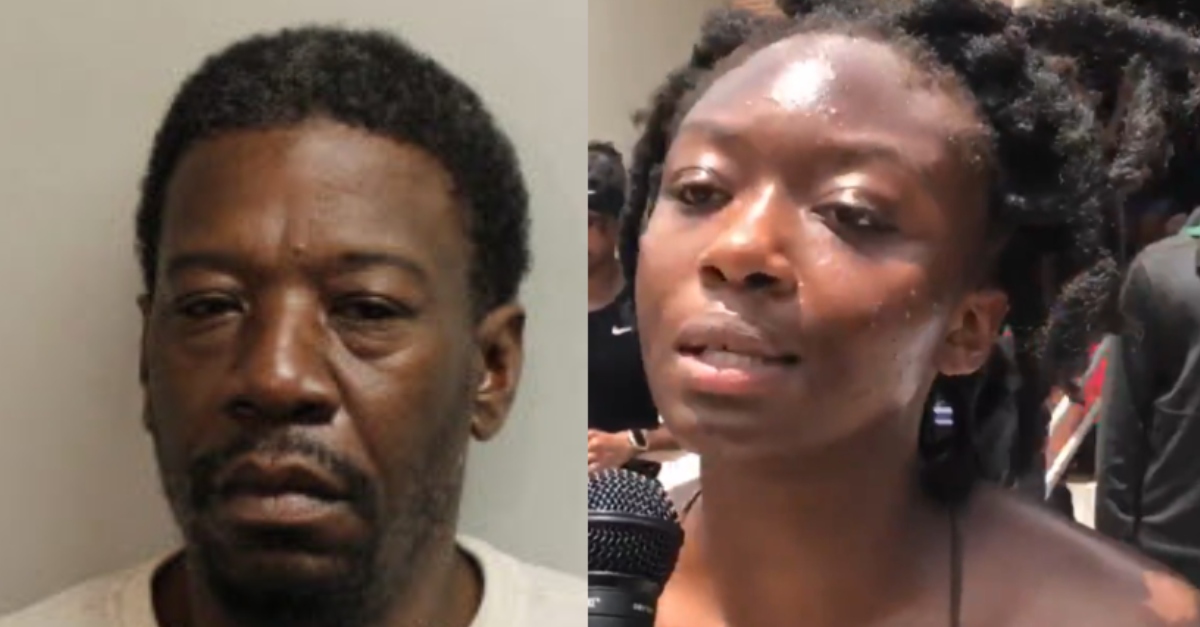 Police in Tallahassee, Florida have announced a suspect in the deaths of a missing black activist and an elderly woman. Aaron Glee Jr., 49, was taken into custody in the cases of Oluwatoyin “Toyin” Salau, 19, and Victoria Sims, 75. The names of both women were released in accordance with Marsy’s Law, cops said.

The victims were found dead Saturday night, police said in a statement obtained by Law&Crime. Investigators said they developed a suspect and took him into custody. But police said they don’t have any more information available at the moment.

Glee lived on Monday Road, where the bodies were found.

(The reporter in the above tweet, The Tallahassee Democrat‘s Jeffrey Burlew, later said the battery arrest actually happened on June 9.)

The ongoing case was turned over to the Tallahassee Police Department’s Violent Crime Unit.

Investigators are asking anyone with information about this case to please call them at 850-891-4200 or Crime Stoppers at 850-574-TIPS.

Police previously said two bodies were found. The Monday announcement is the first official indication one of the victims was Salau. Word of her death, however, had previously circulated, fueling outrage at the loss.

activist Oluwatoyin Salau was missing since June 6, after disturbing tweets detailing a sexual assault that had taken place that day. it has been reported that her body has been found. WHAT HAPPENED TO TOYIN? SAY HER NAME #JusticeforToyin pic.twitter.com/76PM2PJEjk

Salau wrote in a June 6 tweet that she had been sexually assaulted by a black man.

Sims was reportedly a retired state worker who volunteered for AARP.

This is Victoria Sims, who died after going missing. Sims, 75, of #Tallahassee, was a retired state worker & @AARP volunteer. “Her life is an example of the great principle laid out by AARP’s founder, Dr. Ethel Percy Andrus — ‘to serve, not to be served,’ ” said @HorseguyTLH. pic.twitter.com/QAOFOzmhS2

[Mugshot via Duval County; screengrab via @_cKrust on Twitter]