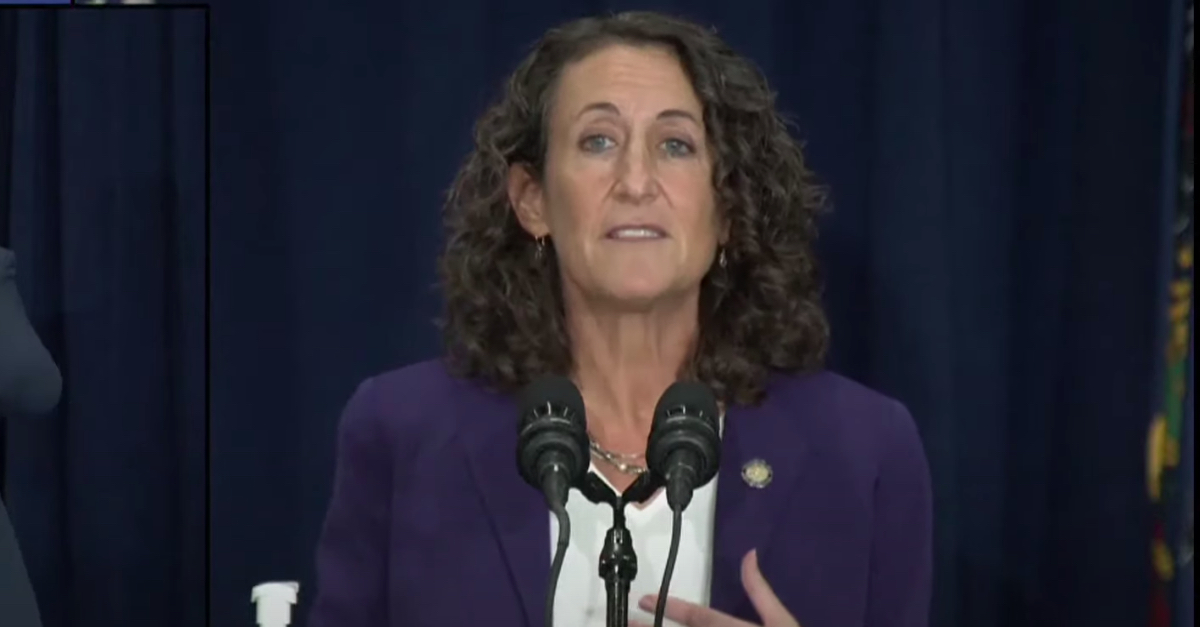 After being at the center of a slew of failed post-election lawsuits filed by former President Donald Trump and his cohorts, it appears Pennsylvania’s top election official is on her way out of office. Secretary of State Kathy Boockvar (D) is expected to resign her post after her office bungled the process that would have let citizens vote on a constitutional amendment allowing the survivors of child sexual abuse a two-year window to sue their abusers regardless of when the abuse took place, Spotlight PA reported Monday.

The Department of State, which Boockvar has run since 2019, failed to advertise the proposed amendment as required under state law. As a result, the state must begin the amendment process from scratch, meaning that it must once again pass through the state legislature this year and next year. Assuming the legislature cooperates, the earliest the amendment can be added to the ballot is the spring of 2023.

According to the report, the amendment was “a key recommendation in a blistering 2018 report by a statewide grand jury that investigated the coverup of decades of child sexual abuse in the Catholic Church.”

The grand jury report said that documents from six Catholic dioceses in the state revealed more than 300 “predator priests” had been credibly accused of sexually abusing more than 1,000 children dating back to 1947, describing the Church’s conduct as “a playbook for concealing the truth.” The grand jury also said that “almost every instance of abuse” uncovered was “too old to be prosecuted.”

Boockvar’s office did not immediately return a request for comment from Law&Crime.

Boockvar was the subject of several high-profile post-election lawsuits seeking to prevent the state from certifying its vote tabulations.

The Trump campaign also sued Boockvar alleging that election observers were unable to stand close enough to watch the count of mail and absentee ballots in several counties. The campaign also named Boockvar as a defendant in a complaint alleging that the votes in Luzerne County—where nine military ballots were discovered to have been accidentally discarded—should be thrown out due to widespread voter fraud. Ultimately, none of Trump’s cases in Pa. amounted to anything, and some of them flopped spectacularly.

Gov. Wolf’s office did not immediately respond to a request for comment.