Law Professor: ‘Our Country Will Be Better Off With More Whites and Fewer Non-Whites’ 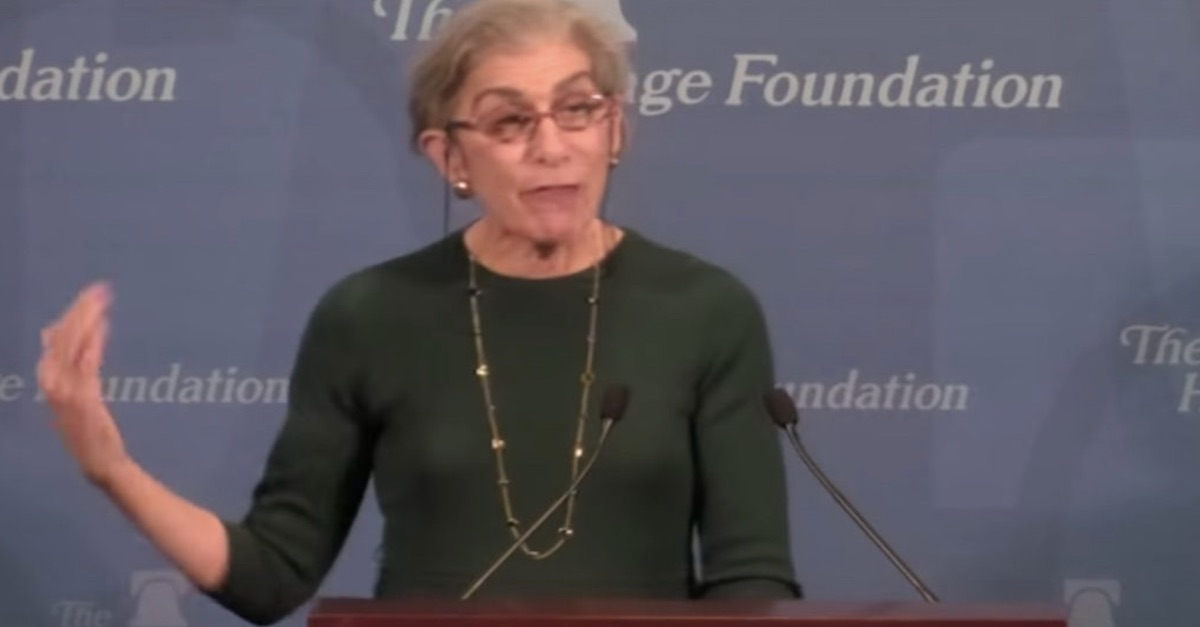 A University of Pennsylvania law professor is facing intense backlash after making racially incendiary statements during a national conservative conference.

Speaking on a panel about immigration and assimilation at the National Conservatism conference in Washington, D.C. last week, Professor Amy Wax promoted a school of thought known as “cultural-distance nationalism.”

According to the ABA Journal, Wax described the ideology as being “honest about the homegrown conditions and failures that hold countries back: kleptocracy, corruption, lawlessness, weak institutions, and the inability or unwillingness of leaders to provide for their citizens’ basic needs.”

“Most, inhabitants of the third world don’t necessarily share our ideas and beliefs,” she said.

Wax then noted how Europe’s population was mostly white, which she contrasted with the mostly non-white populaces of third-world countries.

“Embracing cultural-distance nationalism,” Wax said, “means, in effect, taking the position that our country will be better off with more whites and fewer nonwhites.” Before concluding, Wax also said that President Donald Trump’s alleged comments about accepting migrants from “shithole countries” should be taken seriously.

Following the conference, UPenn Law Dean Ted Ruger issued a statement Tuesday condemning Wax’s comments. “At best, the reported remarks espouse a bigoted theory of white cultural and ethnic supremacy; at worst, they are racist. Under any framing, such views are repugnant to the core values and institutional practices of both Penn Law and the University of Pennsylvania,” he wrote.

Ruger also attempted to distance the law school from Wax’s documented history of racially indignant statements, writing that “past episodes have made clear that when Professor Wax speaks about race and culture, she does not speak for this institution or those who work and study here.”

Apparently, Wax “won’t be teaching during the upcoming year” and “will be taking a planned sabbatical instead.”

As Law&Crime previously reported, interview footage surfaced of Wax surfaced last year in which she tells another professor, “I don’t think I’ve ever seen a black student graduate in the top quarter of the class and rarely, rarely in the top half,” before she admitted to having no data to back the claim.