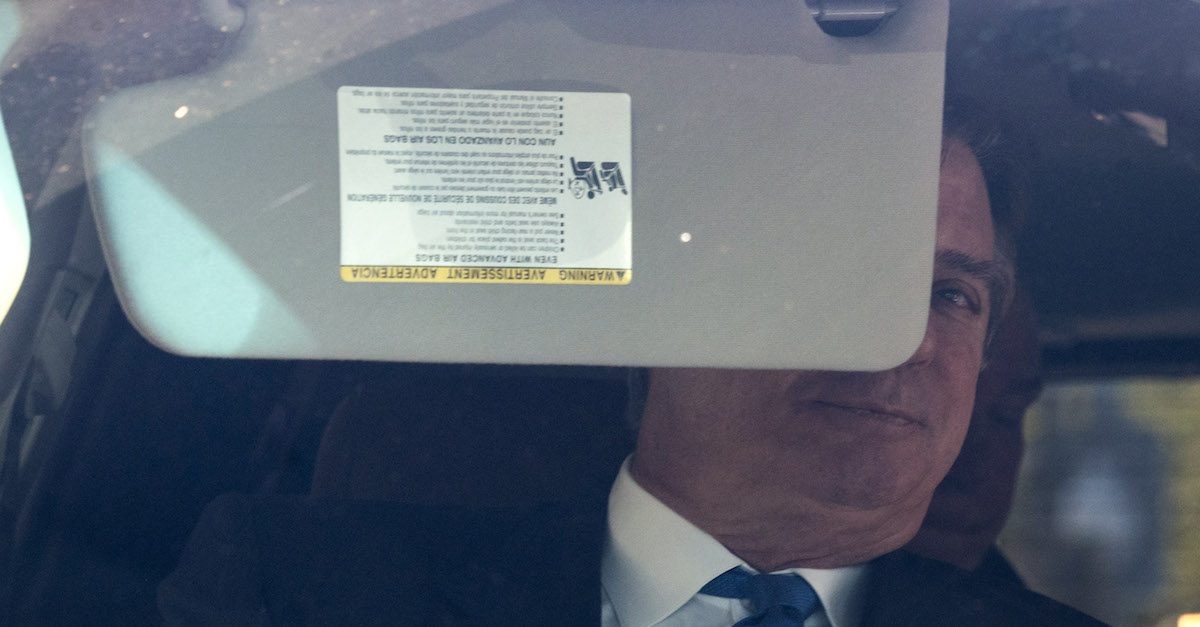 The Thursday update to the Paul Manafort trial is that there is no update — sort of. While the jury is set to continue its deliberations into Friday, they submitted a list of four questions to Judge T.S. Ellis III.

One of those four questions had people buzzing. Law&Crime’s Colin Kalmbacher reports from the Eastern District of Virginia courtroom that these were the four questions that were asked:

No verdict. Jury had questions re: (1) requirements for disclosure of foreign bank accounts; (2) a definition of “shelf company”; (3) wanted “reasonable doubt” reexplained; and (4) wanted to know if evidence list could be keyed to each charge on indictment. #EDVA #ManafortTrial

It’s the third question, asking for another explanation of “reasonable doubt,” that many are keying in on. As everyone knows, it is up to the jury to decide whether Manafort is guilty of the bank fraud and tax evasion crimes he is accused of committing. In order to arrive at that verdict, the jury needs to determine based on evidence whether Manafort is guilty beyond a reasonable doubt.

Judge Ellis’ answer to the third question was as follows:

Judge Ellis’ answers: (1) re-read jury instruction directly addressing disclosure requirements; (2) ‘You must rely on your collective recollection,’ (3) ‘It’s not all doubt, but doubt based on reason,’ and (4) ‘No.’ #EDVA #ManafortTrial

Manafort jury asked 4 questions. Judge Ellis gave them answers in open court. most interestin question was “redefine reasonable doubt.”
Ellis- “the government is not required to prove the defendant guilty beyond all possible doubt, only beyond all reasonable doubt…”

“It’s not all doubt, but doubt based on reason,” he said. “The government is not required to prove the defendant guilty beyond all possible doubt, only beyond all reasonable doubt.”

Although a mere asking of the question does not in itself suggest the jury is leaning one way or another, the question is apparently being given great weight on social media. A couple of reporters are saying this suggests the case may not be a “slam dunk” in the minds of the jurors.

Manafort defense team had used a chart (kind of like this) to emphasize how high of a burden reasonable doubt is, so it makes sense that jurors might want some clarity from the judge. Defense told jurors to “hold the government to its burden.” pic.twitter.com/Y4XjEbmhYU

The note the jury sent to the judge in the Paul Manafort trial is NOT that they have reached a verdict. The jury had four questions, one on the definition of "reasonable doubt," and will continue deliberations tomorrow.

NEWS – still no verdict after day 1 of jury deliberations in the paul manafort case. jurors had 4 questions, including to define "reasonable doubt" — casts doubt on if the former trump campaign chairman will be guilty on all 18 counts. story TK

It's impossible to speculate about juror notes (trust me). That said, asking the court to "redefine" reasonable doubt likely means there has been discussion abt quantum of proof and some jurors are not sure if there is enough evidence (for how many of the 32 counts we don't know)

I agree. Hung jury odds have just gone up, in my view. https://t.co/EoJSDh6yjr

Manafort attorney Kevin Downing was pleased with the question.

“It’s not good for prosecutors,” he said. “It suggests that some jurors are trying to convince a holdout.”