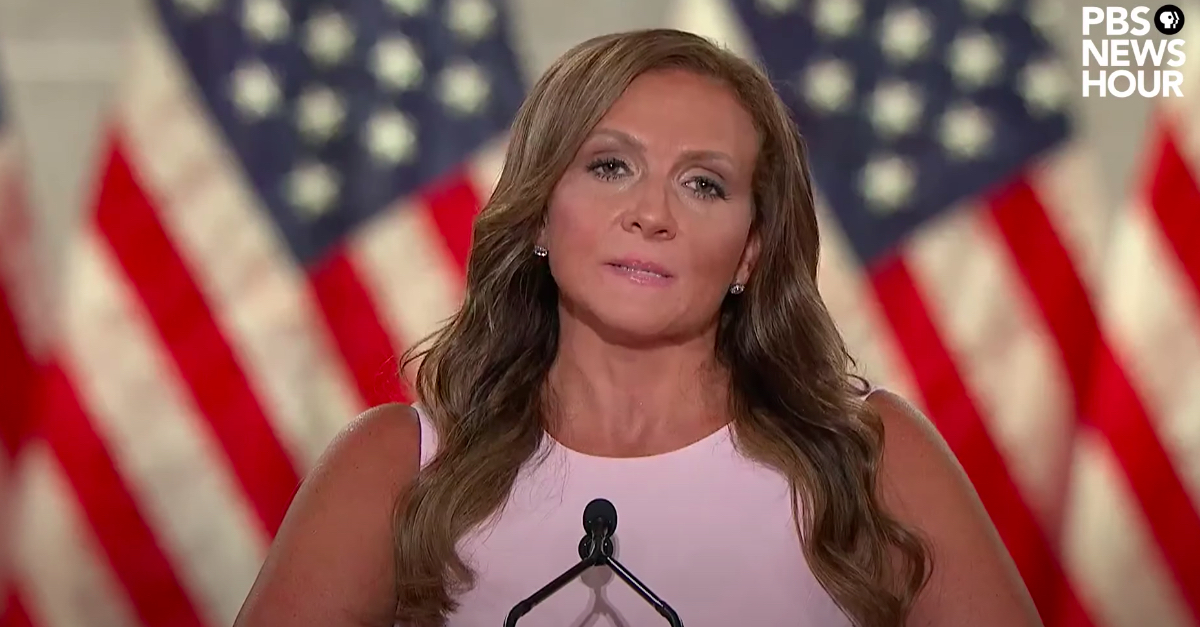 A West Virginia nurse who was one of the featured speakers during this year’s Republican National Convention (RNC) was on Thursday reportedly arrested and charged in connection with a shooting which required another woman to be air-lifted to a hospital for surgery, according to reports from several local news outlets, including WSAZ-TV.

Amy Johnson Ford, 39, also known as Amy Jolene Thorn and Amy Johnson, the reports say, was detained by officers with the Williamson Police Department and charged with malicious wounding in the shooting of Jonda Whitt.

“Through the investigation we came to find out that two females got into a verbal argument, turning into one of the females getting a gun. She did shoot the victim one time in the abdomen area,” Williamson Police Chief Grady Dotson told local ABC affiliate WCHS, Channel 8.

Dotson is also quoted as identifying the shooter as the same woman who spoke at the RNC.

“Amy is well-known around the area for her participation and going over to the RNC committee and a nurse that was helping out with the coronavirus and was on the front line,” the police chief said, per the WCHS report.

According to the criminal complaint filed in Mingo County Magistrate Court, a copy of which was obtained by the Williamson Daily News, Johnson and Whitt got into a heated argument in the 800 block of Vinson St. when Johnson went to her vehicle, grabbed a handgun, and proceeded to shoot the other woman in the stomach.

Whitt was initially taken to ARH Hospital located in South Williamson, Kentucky, but was later air-lifted to Pikeville Medical Center in Pikeville, Kentucky, in order to undergo surgery on her abdomen. She is in stable condition and is expected to survive.

Per the Daily News, Johnson told police that she shot Whitt in self defense.

A registered nurse, earlier this year Johnson made national headlines after she left her family to travel to New York City to assist healthcare workers at the height of the COVID-19 coronavirus outbreak. She spent nearly a month helping treat patients, making a video about the experience which later went viral.

She was later invited to speak at the White House’s Hard Work, Heroism & Hope event, which highlighted individuals who had contributed to combatting the pandemic.  She was later given a coveted speaking slot during the nationally televised RNC. There, she defended President Donald Trump’s response to the health crisis.

“President Trump recognized the threat this virus presented for all Americans early on and made rapid policy changes,” Johnson said during her 3-minute RNC speech, specifically noting the administration’s efforts to increase access to telehealth medical services.

“As a healthcare professional I can tell you without hesitation, Donald Trump’s quick action and leadership saved thousands of lives during COVID-19.”

Ford was arraigned by Mingo County Magistrate David Justice and she was released from custody after posting  $5,000 bond.