‘Not Even Bothering to Hide Bias’: Hours After Facebook Bans Pro-Life Ad and Apologizes, It Happened Again 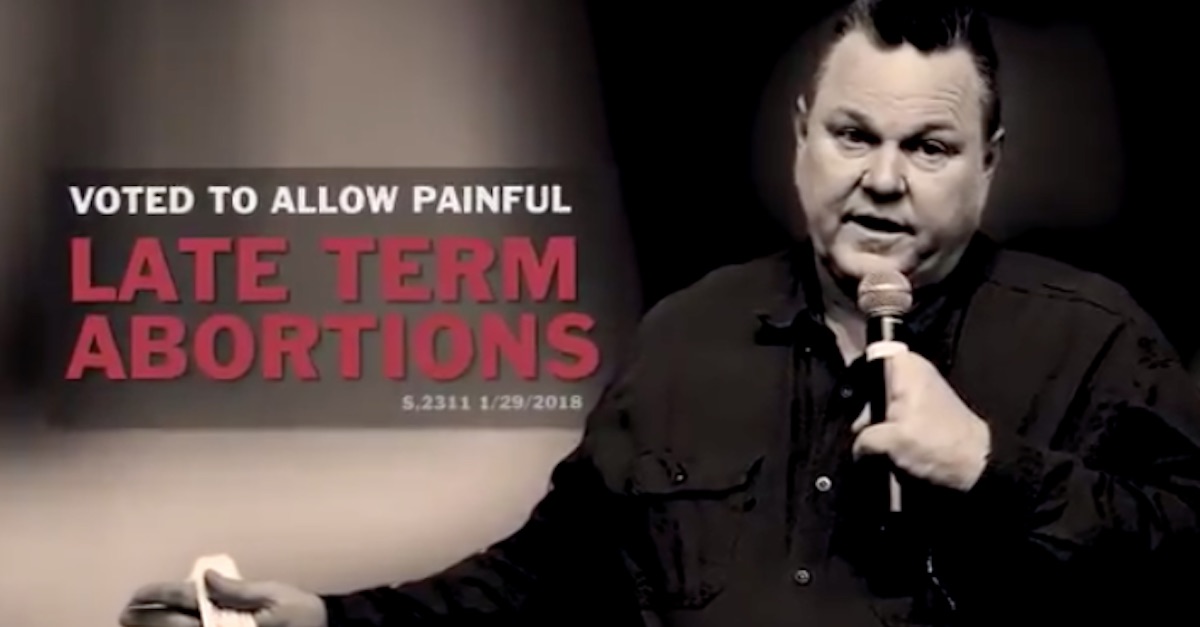 The Susan B. Anthony List (SBA List), a pro-life organization, is speaking out on Twitter after Facebook apparently took down a pro-life ad, apologized and said this was a “mistake,” and then proceeded to ban a second ad. The pro-life group claims that this is the sixth occurrence of this kind to happen this month.

SBA List is a 501(c)(4) non-profit org that says its mission is “to end abortion by electing national leaders and advocating for laws that save lives, with a special calling to promote pro-life women leaders.” SBA List says that Facebook banned an ad they ran in support of Matt Rosendale in Montana. Rosendale is running for senate and has received the support of President Donald Trump.

Rosendale is attempting to unseat Democratic Sen. Jon Tester. The ad the was apparently banned can be watched below:

BREAKING: @Facebook just banned ANOTHER one of our ads – this time in Montana.

This is getting ridiculous, @SherylSandberg. What's the deal? Is #ProLife speech welcome on your platform or not?#MTSen @MattForMontana #IVoteProLife✅

“Jon Tester’s views on abortion are too extreme for Montana. Earlier this year, Tester voted to allow abortions after five months of pregnancy when unborn babies can feel pain,” the ad begins. “And Jon Tester voted to send over $500 million of your tax dollars to America’s largest abortion industry.”

This was the Blackburn ad in question:

Another example of social media giants censoring conservative voices to protect liberal extremism. It's time to #StopTheBias and provide transparency for the American people. https://t.co/FZWVWdfVOO

SBA List produced a screenshot of a Facebook apology regarding the removal of the pro-life, pro-Blackburn ad.

here's our statement after @Facebook just banned yet another of our ads – this time in Montana supporting @MattForMontana: pic.twitter.com/wQ1SsTqhrP

“This ad does not violate Facebook’s policies and should have never been disapproved,” Facebook said. “We’re sorry for this mistake — this ad has been restored and is now running on Facebook.”

SBA List said that hours after receiving this apology, the Rosendale ad was taken down.

Meanwhile, SBA Vice President of of Communications Mallory Quigley said in a statement that “this is the sixth time this month that Susan B. Anthony List and our partners have had an ad campaign shut down.”

“Our pro-life message is constantly under threat by Facebook which, despite the promises of COO Sheryl Sandberg, has created a hostile environment for pro-lifers to advertise in,” the statement continued. ”

Quigley accused Facebook of “not even bothering to hide their bias,” asking “Which ads of Planned Parenthood’s has Facebook denied? Which pro-abortion candidates have they censored?”

Law&Crime has reached out to Facebook for comment on the issue at hand, but there has been no response as of yet. We will update this post if/when there is a response.