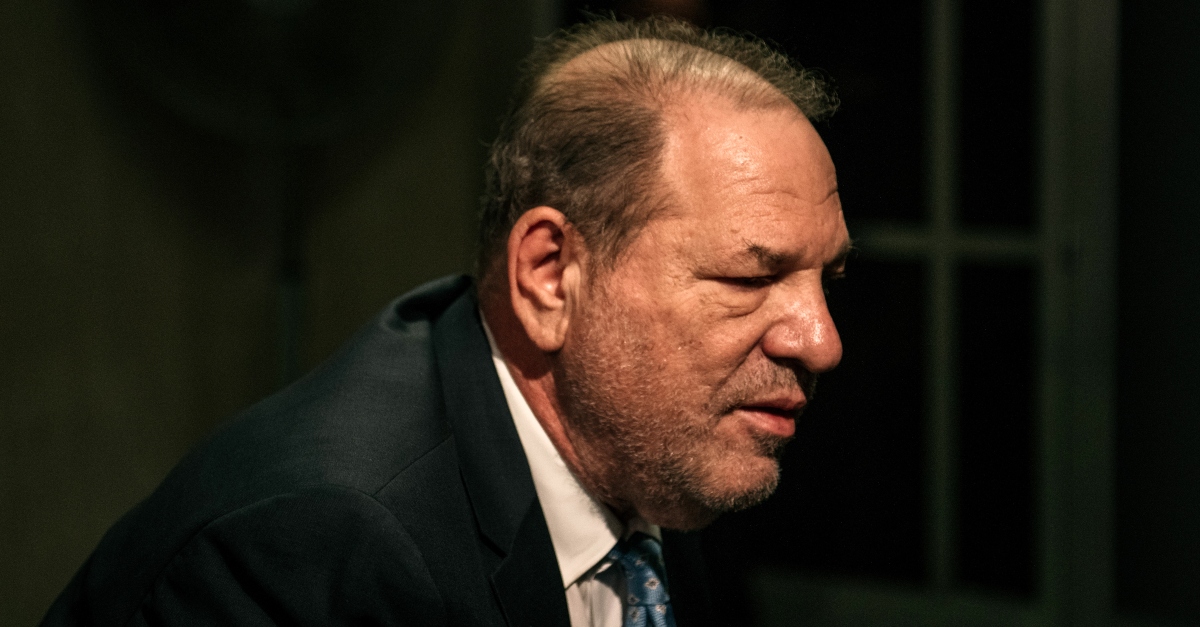 “Defendant suggests, without offering any support, that because of the enormous publicity generated by his trial and what he perceives as negative media coverage generated by the ‘#MeToo movement’ the court had a heightened obligation in the way it balanced prejudice against probativeness,” Judge Angela M. Mazzarelli, the opinion’s author, wrote.

She noted that trial judges have discretion as to where to draw the line.

New York Criminal Court Judge James Burke gave a fulsome airing of Weinstein’s charged and uncharged alleged misdeeds before a jury convicted him in 2020. Weinstein has been serving a 23-year sentence on one count of a criminal sexual act in the first degree against former production assistant Mimi Haleyi and another for rape in the third degree against former actress Jessica Mann.

Since that verdict, Weinstein’s legal team leveled a variety of objections about the trial, including regarding a juror, an expert witness, and the judge—for admitting accusations that never resulted in a charge for any crime.

Each complaint was summarily rejected by Mazzarelli and a unanimous five-judge panel of New York’s Appellate Division, First Department.

Weinstein’s counsel claimed a juror misled them about a novel she was writing titled Age of Consent, but the judges found that the work of fiction bore little semblance to the facts of the case.

“To be sure, Juror 11’s own website and her publisher’s website, in describing her novel as being about the young female protagonists’ struggles with ‘predatory older men,’ contradicted her statements during jury selection that the book was not about such men,” the 45-page ruling states. “However, this is not indicative of any intent by the juror to lie. The novel was about teenage girls and the complainants against defendant were all adults, ranging in age from 22 to the early 30s.”

Weinstein also objected to the admission of expert testimony by forensic psychologist Barbara Ziv on the subject of rape trauma syndrome, but the panel found no reason to distrust her subject of expertise.

“Indeed, defendant has presented us with no authority suggesting that rape trauma syndrome has been discredited as a scientific phenomenon since People v Taylor was decided,” the ruling states, referring to the precedent allowing for the admission of testimony on this subject. “And because the syndrome is shrouded by certain rape ‘myths,’ we can think of no more appropriate area where a jury requires the elucidation that can be facilitated by an expert witness.”

The judges similarly rejected Weinstein’s argument that prosecutors should not have been allowed to introduce so-called Molineux evidence—this is, prior bad acts that show motive, opportunity or intent. To make those arguments, prosecutors called Dawn Dunning, Tarale Wulff and Lauren Young, each of whom accused Weinstein of sexual misconduct.

Accusations alone of such acts are not permissible for proving propensity to commit a crime, but the judge found that the uncharged conduct shown to the jury fell under an allowable exception.

“The Molineux evidence was designed to show that defendant did not see the women as romantic partners or friends, and that his interest in them and their talents was feigned,” the ruling states. “In other words, the People proposed to show through the uncharged acts evidence that defendant’s goal at all times was to position the women in such a way that he could have sex with them, and that whether the women consented or not was irrelevant to him.”

“To the extent that defendant asserts that Mann’s accusations were driven by her ‘Borderline Personality Disorder,’ we note that there is no indication that she was ever diagnosed with that condition,” the ruling states. “Further, defendant’s arguments about Mann’s admitting to ‘lying and deceptive behavior’ is unavailing because the deception she was discussing went to the very reason why she did not report defendant’s assault and continued to maintain contact with him; i.e., in order to avoid triggering the anger and vindictiveness she feared would emerge if she were to expose his assault.”

Some women’s rights advocates argue that diagnoses of borderline personality disorder are flung to discredit survivors of sexual abuse. Actor Johnny Depp’s expert forensic psychologist diagnosed Amber Heard with it, along with histrionic personality disorder, before a jury delivered a verdict in the Pirates of the Caribbean star’s favor on Wednesday. The jury found that Heard defamed Depp in a December 2018 op-ed in the Washington Post, which implied—but didn’t directly claim—that he abused her.

Depp’s supporters note that—unlike other men accused in the #MeToo-era—Heard’s allegations stood alone. He did not have other accusers, save for a vague allegation by actress Ellen Barkin that he once threw a wine bottle in her direction, though not necessarily at her.

Weinstein, on the other hand, faces a torrent of sexual misconduct claims: more than 90 women, by one count. He faces a pending trial in California, where he stands accused of assaulting five women in Los Angeles and Beverly Hills from 2004 to 2013.

His attorney did not immediately respond to Law&Crime’s email requesting comment.