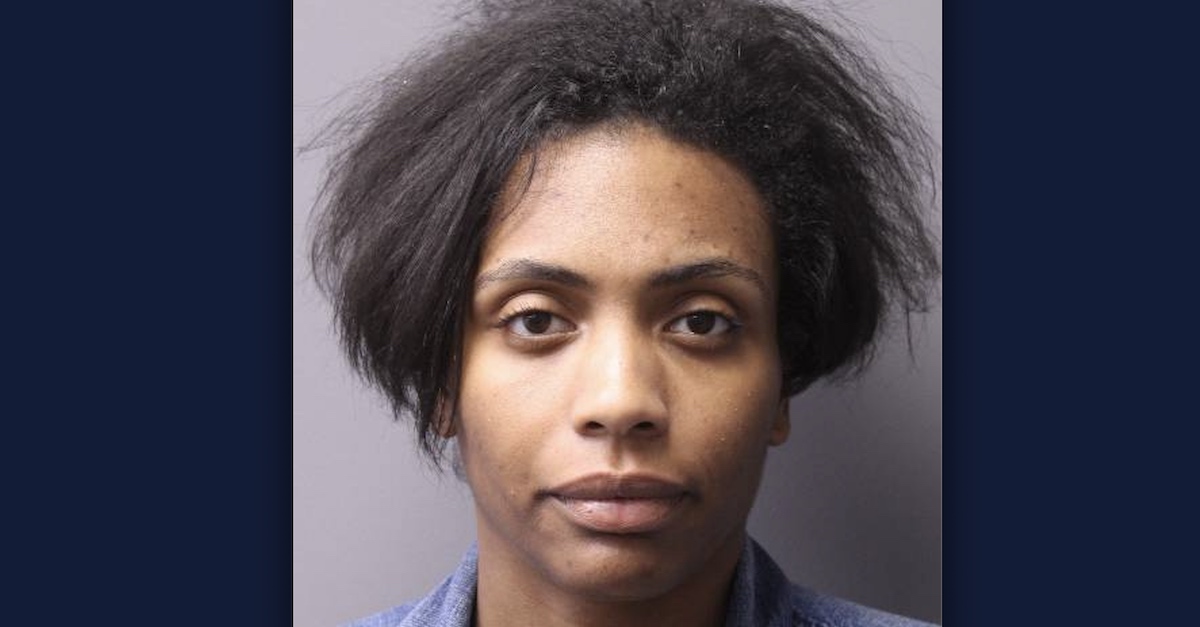 A North Carolina woman was arrested in New York this week in connection with her 2-year-old son’s drowning death in a pond months ago, jail records reviewed by Law&Crime show.

Natalia Suero, 29, was taken into custody in Westchester County on Saturday and charged with being a fugitive from justice as she awaits extradition back to the Tar Heel State.

According to a press release from the Charlotte-Mecklenburg Police Department, Suero at approximately 9 a.m. on March 12 flagged down an off-duty officer in Park Road Park near the 6200 block of Park Road. Suero allegedly told the off-duty officer that her son, Jonathan Suero, was in the pond and not breathing. The officer accompanied Suero to the pond where the officer found Jonathan “face up floating in the pond” and attempted to perform life-saving procedures on the child, according to a search warrant.

The off-duty officer performed CPR on the child until Emergency Medical Services personnel arrived and transported Jonathan to Atrium Health Carolinas Medical Center for treatment. The boy was pronounced dead shortly after arriving at the facility.

A search warrant obtained by Charlotte CBS affiliate WBTV in April reportedly stated that investigators interviewed Suero following the incident during which she provided a series of suspicious responses to their questions. Detectives reportedly noted that Suero gave “vague and inconsistent statements” regarding the incident and was unable to provide even an estimated timeline of the events leading up to Jonathan ending up in the pond.

Per WBTV, Suero told investigators that she remembered watching Jonathan enter the water and was aware that the boy did not know how to swim.

“An expert in aquatic deaths, Andrea Zaferos, was consulted and she advised detectives that Natalia’s story was not supported by science; specifically that the victim was floating and face up,” the warrant stated.

CMPD detectives investigating the circumstances of Jonathan’s death obtained a murder warrant for Suero on May 26, according to WBTV.

Two days after the murder warrant was issued, officers with the Irving Police Department in New York performed a traffic stop for a red light violation at approximately 1:35 a.m., Patch reported. Police reportedly found Suero driving the vehicle, learned that there was an active warrant out for her arrest on suspicion of first-degree murder, and placed her under arrest.

Suero appeared for her arraignment before Judge Desmond Lyons at the Irvington Village Court and was ordered to remain in detention with the Westchester County Department of Corrections as she awaits extradition back to North Carolina, per the Yonkers Times.

According to the Yonkers Times, the search warrant for Suero’s apartment “yielded phone records that supported a police theory that the mother was lying about the fact that she found her son lying face up in the water.”

CMPD did not immediately respond to messages from Law&Crime seeking additional information on the case and clarification as to what police found that may indicate she was lying.

The Mecklenburg County District Attorney’s Office and CMPD are said to be working with authorities in New York to ensure Suero is extradited in a timely manner.

The investigation into Jonathan’s death is ongoing. Authorities asked that any persons with relevant information concerning the case call 704-432-TIPS and speak directly to a Homicide Unit detective.