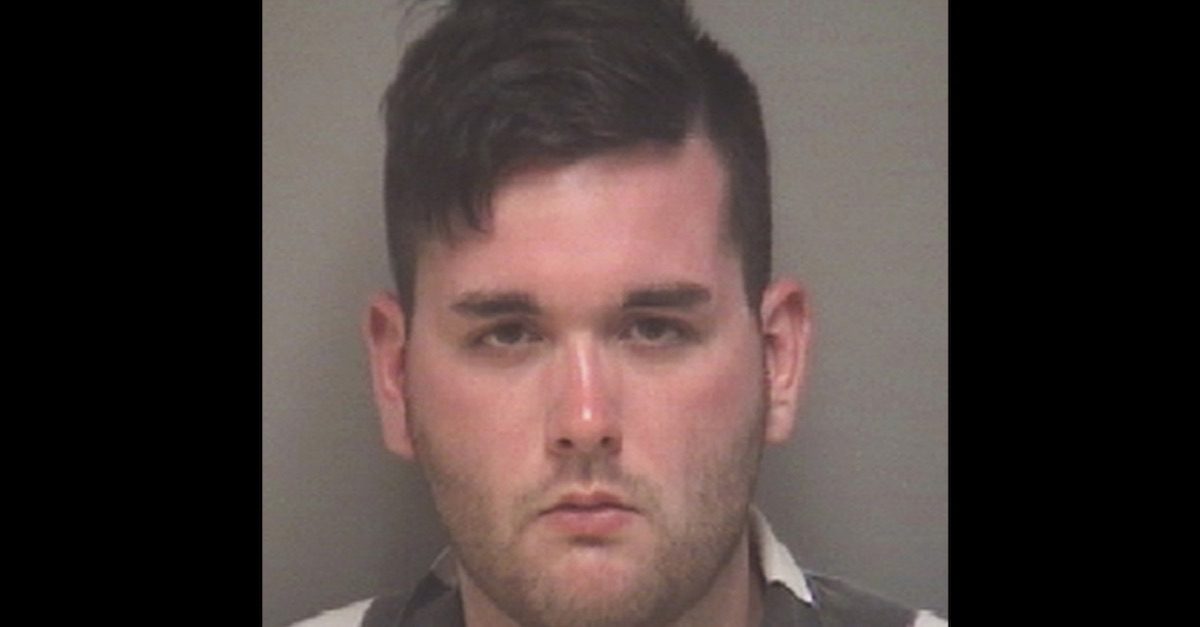 In court documents filed Friday, the avowed neo-Nazi who murdered Heather Heyer in Charlottesville, Virginia two years ago asked a federal court judge for mercy and a punishment shorter than a life sentence.

James Alex Fields Jr., 22, was convicted of a state first-degree murder charge in December. Jurors recommended life in prison, plus 419 years for intentionally mowing down Heather Heyer with his car during the white nationalist “Unite the Right” rally in August 2017. Fields also pleaded guilty to federal hate crime charges in March.

Heyer, 32, was counter-protesting the white nationalists when Fields drove his car into a crowd of people, killing Heyer and injuring others. During the trial, jurors saw video of Fields marching with white nationalists, a social media post he shared of a car plowing into a crowd, and a text message he sent which included a photo of Adolf Hitler.

Attorneys for Fields submitted a sentencing memo to the court claiming that he should not have to spend the remainder of his life in prison and asked the court to allow him an eventual chance at parole due to his age, history of mental illness, and traumatic childhood, according to a report from The Associated Press. The attorneys argued that giving Fields less than a life sentence would be an “expression of mercy” and a “conviction that no individual is wholly defined by their worst moments.”

“No amount of punishment imposed on James can repair the damage he caused to dozens of innocent people. But this Court should find that retribution has limits,” they wrote in the sentencing memo.

Prosecutors responded to Fields’s request by filing court documents claiming that the convicted murder and Hitler admirer has failed to demonstrate that he feels any remorse for his crime, arguing that keeping Fields behind bars for life would help deter similar acts of domestic terrorism from occurring.

The prosecutors’ memo focused on years of Fields’s documented racism and anti-Semitic behavior, which they claimed included keeping a picture of Adolf Hitler on his bedside table. They also said Fields was recorded on a jail phone making disparaging remarks about Heyer’s mother as recently as last month.

Prosecutors also argued that Fields’s history of mental illness does not excuse his behavior to the extent that it should provide him with a more lenient sentence.

“Any mental health concerns raised by the defendant do not overcome the defendant’s demonstrated lack of remorse and his prior history of substantial racial animus,” prosecutors wrote.

According to Fields’s plea deal, federal prosecutors agreed not to pursue the death penalty against him in exchange for his guilty plea. Under the federal sentencing guidelines, the charges Fields pleaded guilty to call for life in prison.